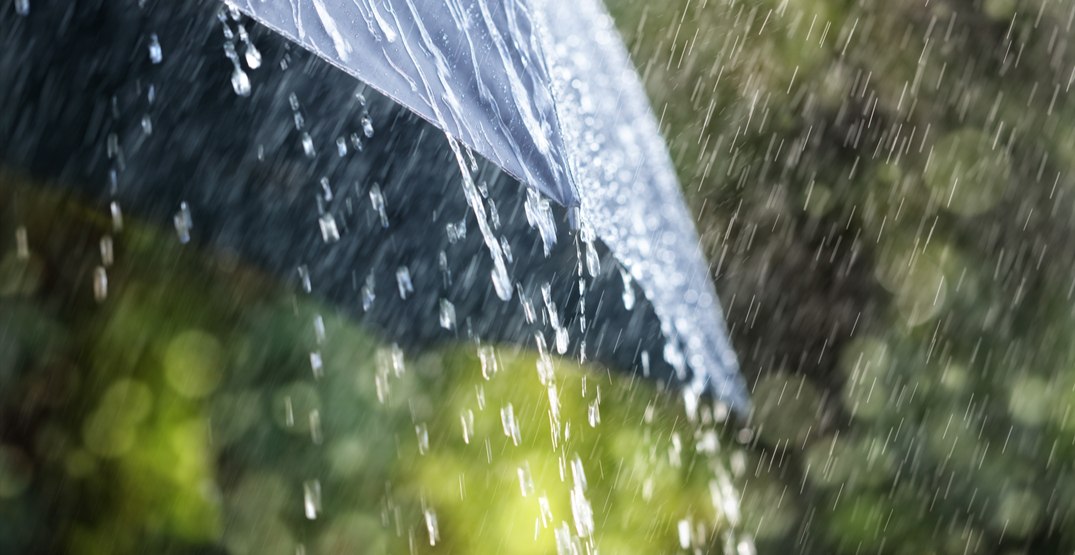 The deluge of rainfall that Metro Vancouver has been experiencing Sunday will continue through Monday morning.

Environment Canada’s heavy rainfall warning for the region states downpours can be expected today and overnight. Between 40 mm and 60 mm of rain is anticipated during this period, with the highest amounts near the mountains.

“Heavy downpours can cause flash floods and water pooling on roads. Localized flooding in low-lying areas is possible,” reads a statement.

Elsewhere in the South Coast, heavy precipitation is falling as snow, specifically at higher elevations. Up to 75 cm of snow is in the forecast for the upper levels of Whistler Mountain and Blackcomb Mountain, according to Mountain Forecast.

Snow is not in the forecast for the foreseeable future for Metro Vancouver’s North Shore mountains. At the moment, the freezing level in Vancouver is hovering at approximately 2,500 metres.

Snowfall alerts are also in effect for the mountain highway routes across the southern BC Interior.

Mandatory snow tire regulations for most BC highways, including the Sea-to-Sky Highway and routes east of Hope, come into effect on Monday.