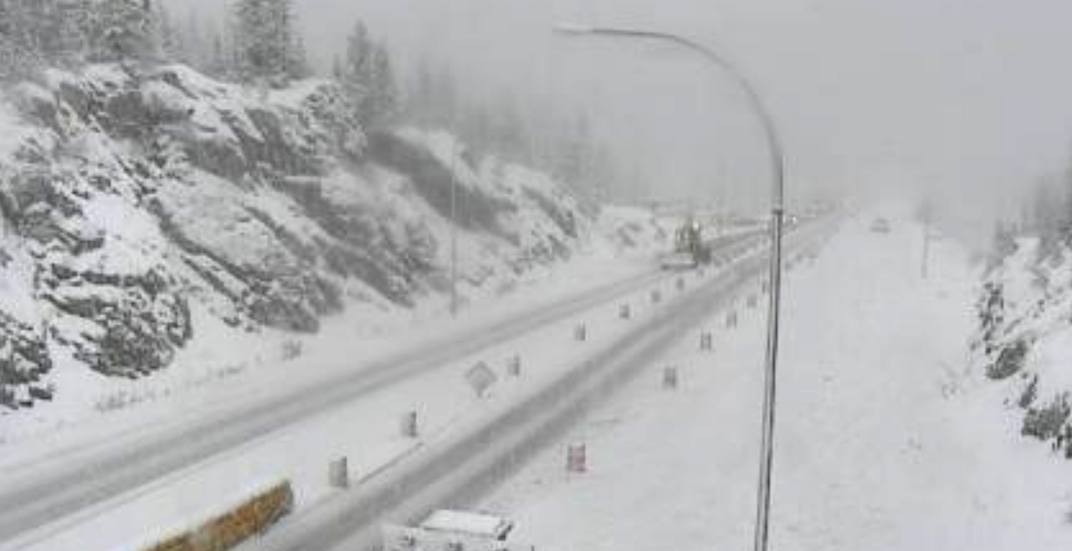 Heavy snowfall on the Coquihalla Highway on November 19, 2017. (Government of BC)

More early season snowfall is in the forecast for the mountain highways in the southern BC Interior.

Environment Canada’s alert says an approaching low pressure system combined with a low-elevation freezing level of between 1,200 and 1,500 metres will result in snowfall on the southern interior highway passes overnight through Sunday afternoon.

The snowfall alert is in effect for the following highway routes:

Although it is still only September, the federal weather agency warns that weather in the mountains can change suddenly, resulting in hazardous driving conditions.