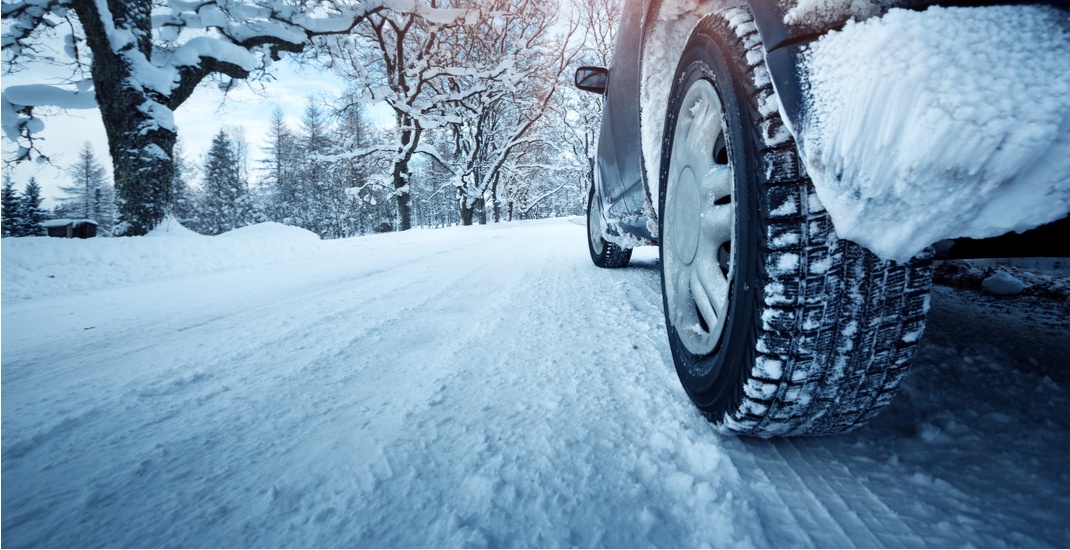 The provincial government is warning drivers that winter tires are mandatory on most highways in British Columbia starting Monday, October 1, 2018.

According to a release, drivers are required to use winter tires on their vehicles if they are traveling on BC highways in the following regions: North; Interior; South Coast, such as the Sea-to-Sky Highway; and Vancouver Island, such as the Malahat Highway, Highway 4, Highway 14, and Highway 28.

Appropriate winter tires for optimal traction on snow and ice and in cold weather are labeled with either the “M+S” or mountain/snowflake symbol, with the latter being the best option.

Drivers operating vehicles without the proper winter tires in good condition, travelling on designated BC highways, are subject to a fine of $109 during road inspections.

These winter tire policies end on March 31, 2019 on many highways, but the regulations have been extended to April 30, 2019 on select mountain passes and rural highways to account for early spring snowfall.