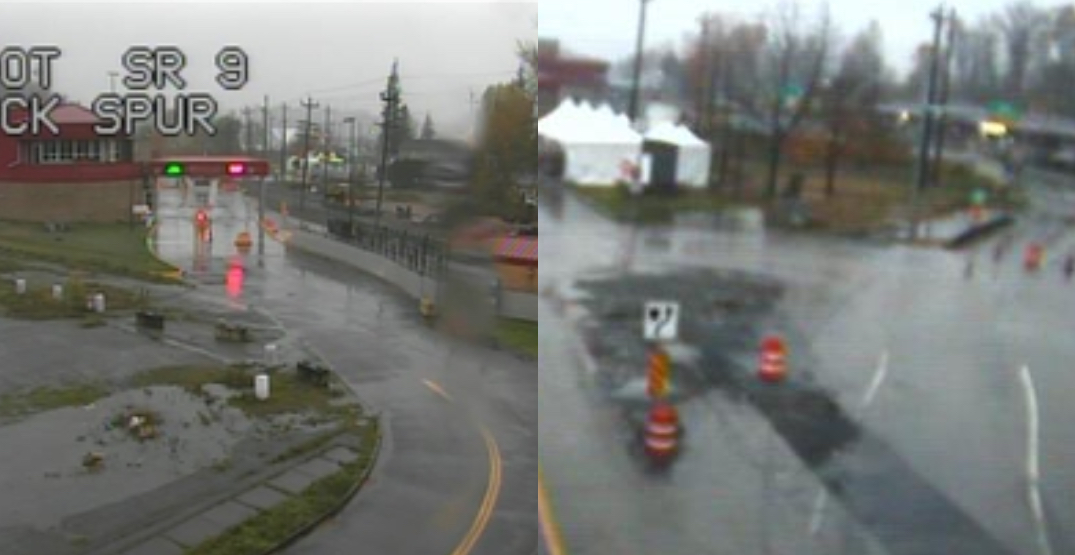 WSDOT and Drive BC

The forbidding atmospheric river that’s been threatening BC has finally made landfall causing havoc from mudslides to flooding.

In the afternoon on Sunday, November 14, a Flood Watch was issued for the Fraser Valley following a wet weekend.

According to the flood watch, observed rainfall amounts since Saturday, November 13 for the Fraser Valley were between 45 and 85 mm.

Flooding has affected travel in the area. Drive BC announced that BC Highway 11 was closed by 4th avenue by the Sumas US border crossing due to flooding.

#BCHwy11 is closed at 4th Avenue in #Abbotsford due to flooding. No detour available, no access to the USA/CANADA border.

The Fraser Valley – including Hope, Chilliwack, and Abbotsford – is under a rainfall warning from Environment Canada. Rain is expected to be at its heaviest in the afternoon, easing as Monday comes.

Follow Environment Canada’s alerts to stay informed. You can report severe weather by tweeting it out with the hashtag #BCStorm or by sending an email to [email protected]