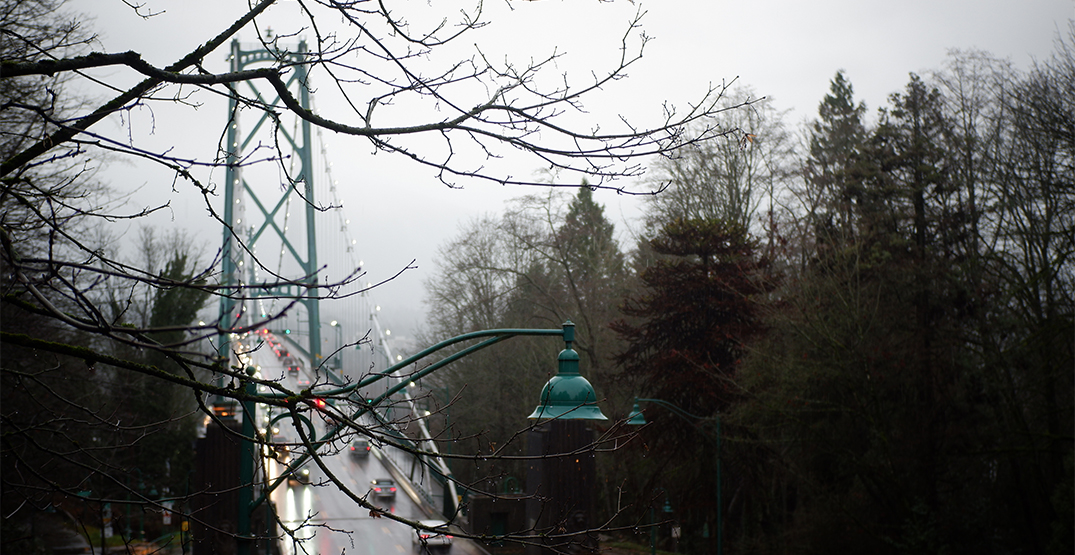 Vancouver is under a rainfall warning for a fourth straight day as an “atmospheric” river batters the city.

The warning was issued early Sunday morning by Environment Canada and is in effect for several areas:

“A significant atmospheric river event will bring copious amounts of rain and near record temperatures to the BC south coast today through Monday,” Environment Canada said.

“The rain will be heaviest this afternoon and tonight ahead of the cold front. The heavy rain will ease on Monday as the cold front pushes the precipitation out of the region.”

The heavy downpours may cause flash floods and water pooling on roads. Localized flooding in low-lying areas is possible as well, Environment Canada said.

Residents should watch for possible washouts near rivers, creeks, and culverts.