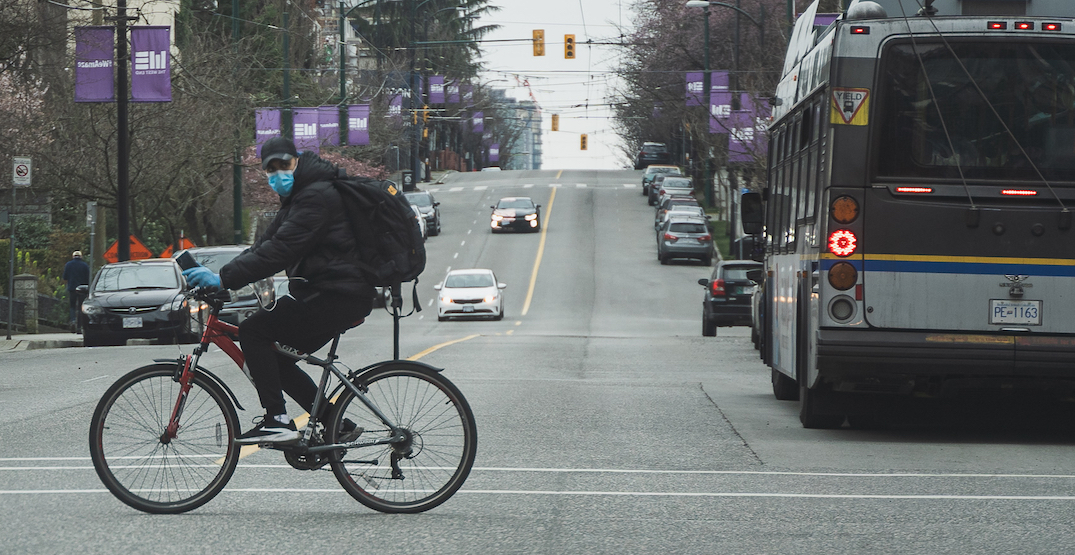 New data collected by Moovit suggests the hilly topography of Metro Vancouver is a leading reason for why people do not use shared micro-mobility options, such as bike share.

The Intel-owned urban mobility and public transit app platform analyzed data from tens of millions of journey requests in 104 cities across 28 countries.

Aside from 26.8% of respondents who already have their own personal bike or scooter, 22.5% indicated there are too many steep hills in Metro Vancouver.

This is ahead of other factors such as difficulty with finding a micro-mobility sharing device (20.4%), not wanting to share ID to create a mobility sharing account (18.3%), unsafe device perceptions (16.9%), inconveniences with multiple mobility sharing apps and accounts (12.7%), and not having enough bike lanes (10.6%).

Amongst 25 comparable metropolitan regions on four continents, Metro Vancouver had the third highest proportion of users who indicated steep hills were an issue. On this factor, the region is behind Seattle-Tacoma (33.6%) and Pittsburgh (32.1%), but ahead of San Francisco (22.5%) and Lisboa (18.4%).

Steep hills are problematic for just 4.3% of Montreal users and 5.6% of Toronto users.

Some jurisdictions have overcome some of the challenges of peddling up a steep hill by introducing electric bike share fleets, which have a motor that adds power to pedalling to make inclines an easier experience. The City of North Vancouver, for example, is planning to launch a two-year pilot project of an electric bike share fleet starting later this year.

For the availability of devices when they are needed, Metro Vancouver ranks 20th, which is just behind Toronto (19.3%) and ahead of Sydney (20.8%).

With the lack of end-of-trip facilities, such as change rooms and showers, in office and school buildings, 9.2% of Vancouver region users said this is an issue, ranking 10th in the comparable list and 63rd in the full list.

Overall road conditions are not a detrimental factor in Metro Vancouver; in fact, the Vancouver region ranks first in both the comparable and full lists, with only 2.1% of users indicating poor road conditions are an issue. This is just behind Singapore (3%) and Munich (3.6%).

For the actual use of bike share services in Metro Vancouver, 59.1% travel directly to their destination on the device, and 40.9% combine them with public transit for the first or last segment of their journey. Metro Vancouver users on the full list rank 45th for bike share-public transit mode changes during a trip, which is comparable to San Francisco (41.2%) and Toronto (41.5%). Interestingly, Seattle-Tacoma ranks first (63.2%) in this mode combination, and Montreal is also considerably higher at eighth (57.1%).

Metro Vancouver’s overall mode share for trips made by cycling is currently hovering at 2%. Other data also shows that within the City of Vancouver, half of cyclists switch to using public transit during the winter months when weather conditions are difficult.