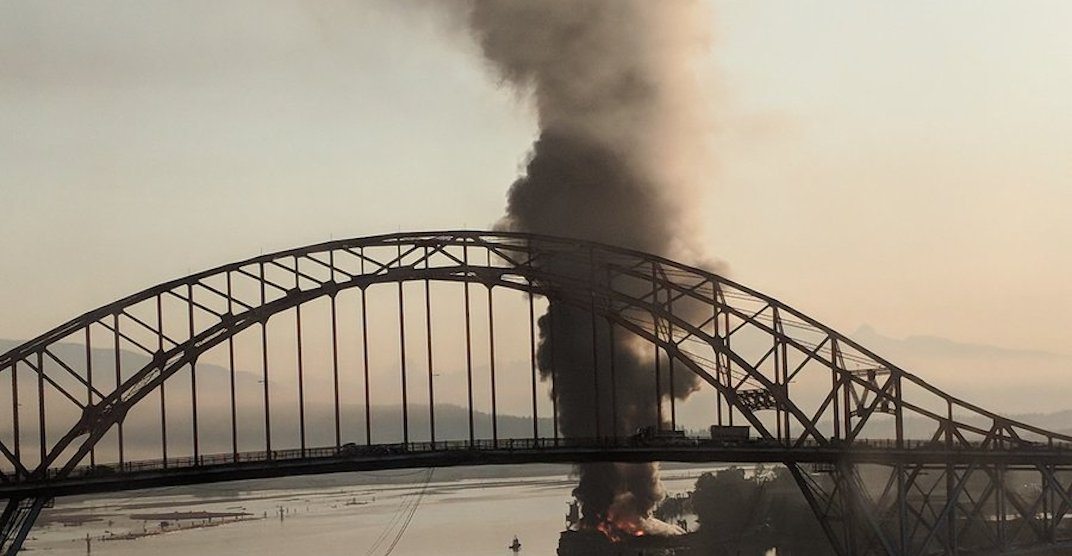 Metro Vancouver’s air quality advisory has been adjusted after a large fire that erupted on a barge in Surrey.

Smoke and fumes from the fire have created “high concentrations of fine particulate matter.”

According to a release issued by the BC Government, the city has been closely monitoring air quality throughout the region and measured “elevated levels of fine particulate matter (PM2.5)” at air quality monitoring stations after the event.

The wildfire at Whyte Lake in West Vancouver is also thought to be a contributing factor to smoke concentration, as well as wildfires burning in California, Oregon, and Washington.

“Fine particulate matter, also known as PM2.5, refers to airborne solid or liquid droplets with a diameter of 2.5 micrometres (µm) or less. PM2.5 can easily penetrate indoors because of its small size.”

The advisory will continue until a change in current levels occurs.