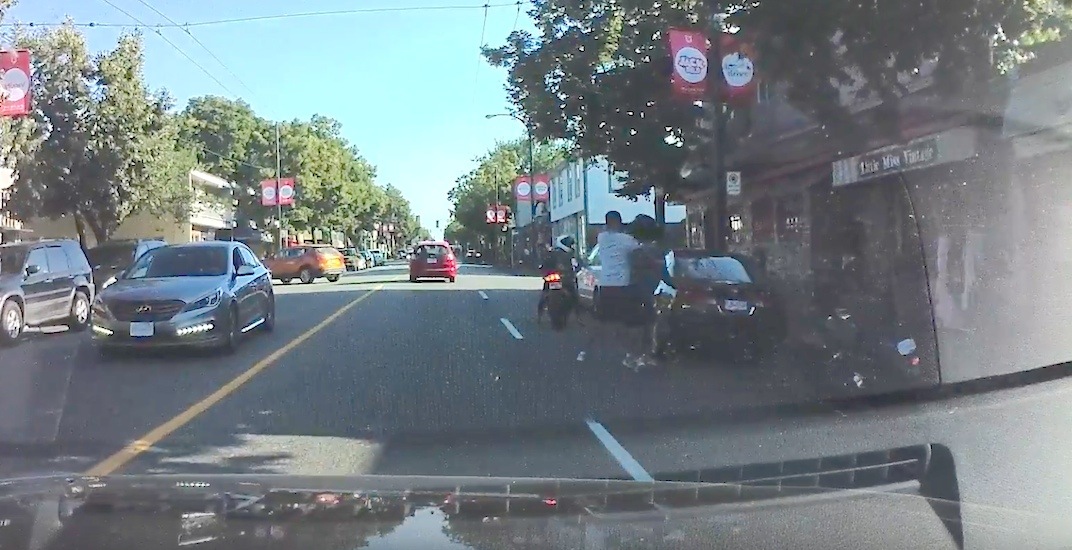 An apparent act of assault on Commercial Drive in East Vancouver was captured by a drive-by witness’ dashcam early Thursday evening.

The incident occurred near the intersection of Parker Street and Commercial Street at approximately 6 pm when two motorcyclists were trailing a vehicle travelling in the southbound direction.

Dashcam footage shows the driver of the vehicle preventing the motorcyclists from getting ahead of him. The driver then proceeded to abruptly turn into the curb lane to park his car, and both motorcyclists followed suit.

One of the motorcyclists got off his bike and approached the driver, who also exited his vehicle. The motorcyclist then took off his helmet and used it to smack the driver hard in the head.

Both the motorcyclist and the driver then walked away from the roadway and onto the sidewalk.

Daily Hive has reached out to the Vancouver Police Department for comment.