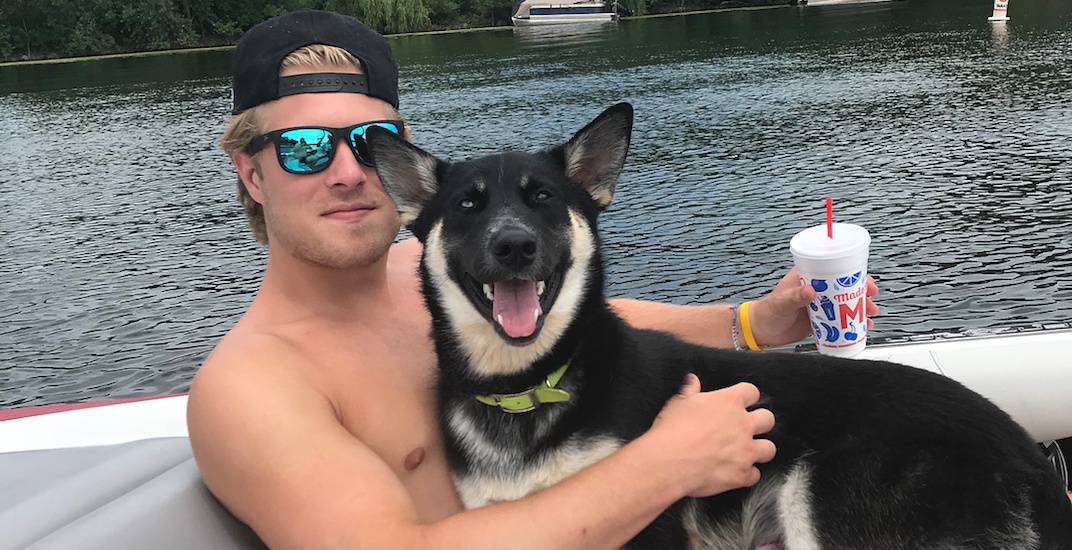 It’s always a long summer when you miss the playoffs.

We’re about three months into the Canucks’ offseason, and as it turns out, golfing isn’t the only things players do during the summer.

With that in mind, let’s turn to social media to reconnect with the Vancouver Canucks.

No Canuck has had a busier summer than Anders Nilsson.

The best person and super mom in the world. Thank you for everything you do for me and our kids. Without you none of this would be possible ❤️🥇

After backstopping Sweden to a gold medal at the World Championships, Nilsson continued the dream summer by marrying the love of his life.

Even during these busy times, Nilsson has found time to advocate for a tremendous cause.

Nilsson spoke to Swedish media about his support for the LGBTQ community. In a conservative community like the NHL, it’s great to see someone taking a step forward in promoting acceptance.

What an unforgettable weekend marrying my best friend and celebrating it with our friends!! And of course our ring Bear 😉 pic.twitter.com/B4EFwy7I1s

It was wedding season in Ontario too, as defenceman Michael Del Zotto was in attendance when his former roommate in junior, John Tavares, tied the knot.

Just like old times. Patiently waiting for our old roomie, this time at the alter. #congratsJT #gennies

It’s all business for Jake Virtanen this summer, as he looks like a man on a mission; working tirelessly on the ice with YouTube stickhandling star Pavel Barber.

He also partnered with Head and Shoulders in a most obvious ‘I’m reading off a script’ promo video.

Scoring goals on the ice and being #ConfidenceGoals every day takes a lot of hard work! Excited to be teaming up with @headshouldersusa to share my story about how my first professional league goal helped me on my journey to #ShouldersofGreatness

Another Canuck hard at work has been Ben Hutton, who compiled some gym clips in this epic workout video.

The boys buzzing heading into the weekend @felhaber29 @tonygrecotg

In a league that features cookie-cutter personalities, Nikolay Goldobin might just be one of the greatest off-ice characters.

Brock Boeser appears to be recovering well after a scary injury that ended his season early, sniping goals in Da Beauty League.

Brock Boeser with his first goal in a few months! @Canucks @UNDmhockey pic.twitter.com/GVi8Ugl8C6

He’s working out daily back home in Minnesota where he’s renting a house along with three of his old high school buddies.

Pretty sweet vid @maeckitcount threw together after 30 mins of surfing 🏄

Jacob Markstrom has had a busy offseason.

Along with Flames’ forward Elias Lindholm and a few others, Markstrom traveled to Russia to support Sweden during the FIFA World Cup.

New Canuck Antoine Roussel is currently in Montreal, catching a little bit of tennis during the Rogers Cup.

Bo Horvat may have been busy representing Canada at the World Championships in Denmark, but he still made lots of time for his girlfriend Holly, his dog Gus, and the rest of his family.

He also attended Sven Baertschi’s wedding in Portland. Here he is on a big bike with Brandon Sutter, Luca Sbisa, and their significant others. 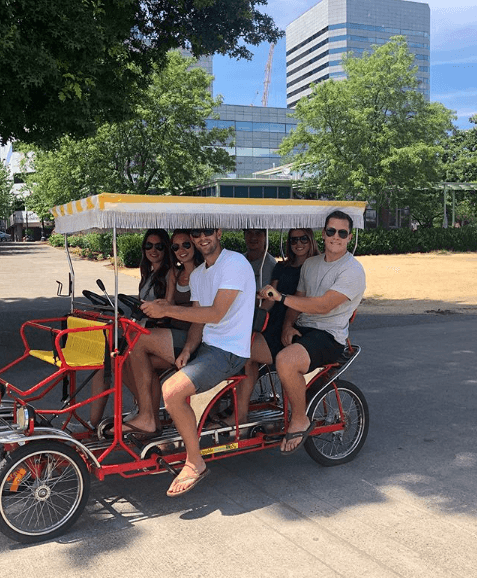 Troy Stecher signed a new contract this summer, which helped pay for this European vacation with his girlfriend.

Greece 🇬🇷 Saved the best for last, what a trip! Back to reality, Phoebs and business tomorrow.

Elias Pettersson is doing his best to put on weight this summer.

Paris is treating me well🇫🇷

The big news for Quinn Hughes this summer was getting drafted, and recruiting his younger Jack to Canucks Nation too? Dare to dream…

Go Nucks .. so proud of this guy #7thovie

Surf’s up for Sam Gagner in Malibu.

Erik Gudbranson has been cheering on his mother Donna as she runs in the Ottawa municipal election.

After years of supporting me, my turn to cheer for my mom as she runs in the next municipal election for #InnesWard. The @ottawacity and the residents of Orléans will be lucky to have her sitting at the Council table. GO MOM GO! @donnalg4

His family got to share in the success of his younger brother Alex, who was part of the Calder Cup champion Toronto Marlies. 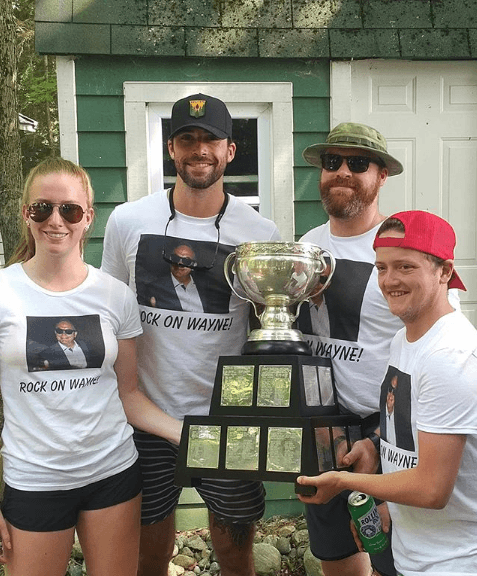 Here’s a picture of Markus Granlund playing street hockey back in Finland.

Horvat and Stecher aren’t the only ones with adorable pets, as Brendan Leipsic proves with this picture with his dog.

Thx @gleipsic for billeting my son this season. #summertime

Adam Gaudette started his summer off by throwing the first pitch at a Boston Red Sox game.

What a night at the Cathedral of Boston! Thanks to the @redsox for having us, what an honor! #GoSox GoHuskies ⚾️🐾

Here he is showing off his hockey-themed sleeve tattoo while enjoying the summer weather back home in Massachusetts.