The Surrey RCMP are investigating a serious assault that took place at a McDonald’s late last night.

Yesterday, on August 19 at approximately 9 pm, police received a handful of 911 calls – all reporting a fight that took place on the 12900 block of 96th Avenue. 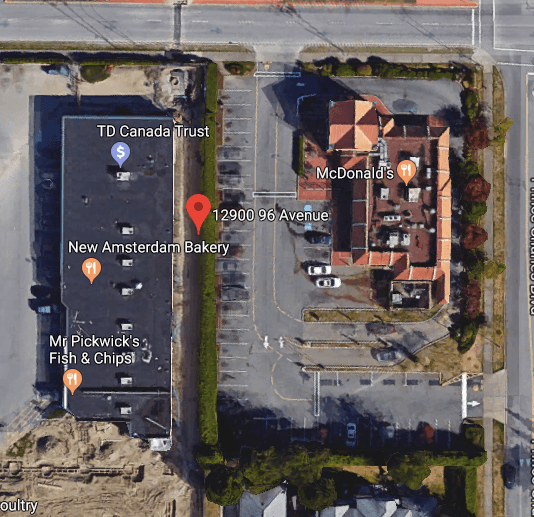 Officers quickly attended to the scene and found a male who was collapsed on the ground and suffering life-threatening injuries.

He was quickly transported to the hospital by BC Ambulance, however, IHIT later confirmed that the man succumbed to his injuries.

#IHIT is in #SurreyBC after an altercation last night at a McDonald’s in 12900-block 96 ave has left one man dead. Media availability this morning at BC RCMP HQ. Time TBA shortly.

The surrounding area, which includes a TD Canada Trust and several other restaurants, was closed for an extended period of time.

Police have not made public any details of the deceased man, nor any details regarding how the initial conflict began.

The Surrey RCMP are asking anyone who may have witnessed the assault or observed someone fleeing the area to contact them at 604-599-0502.

Update: IHIT has identified the victim as a 48-year-0ld Surrey man. The individual was known to the police and investigators believe that the murder was not a random act.