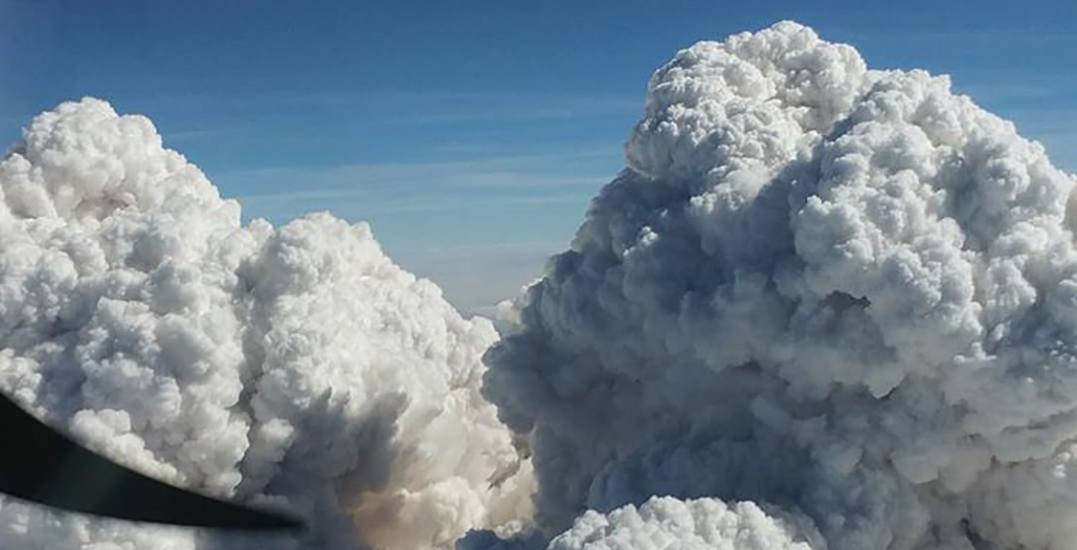 Against the brave and dedicated efforts of firefighters, wildfires still continue to burn across the province.

Heavy smoke and haze from wildfires has caused pitch-black conditions for some towns in interior BC and early last week, the BC government declared a provincial state of emergency.

Even from drastically high elevations, there’s still a ghastly amount of smoke.

Zsolt Timar-Geng was able to get an up-and-close look at the smoke from a BC wildfire at 25,000 ft. in the air.

He posted a video and several pictures of the conditions, revealing a thick, fire-induced cloud in an otherwise light blue sky.

On his Instagram post, Timar-Geng explained that the video and photos were taken between the municipalities of Burns Lake and Smithers, BC.

Several BC wildfires to the south of Burns Lake have prompted for evacuation orders and alerts. 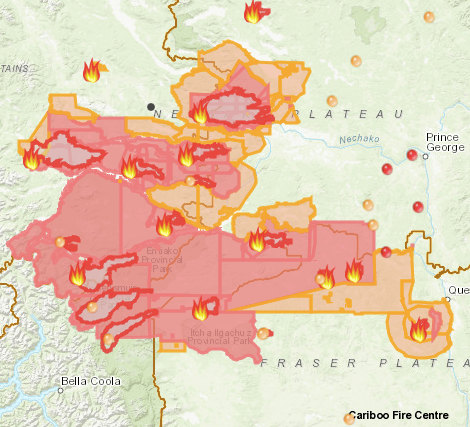