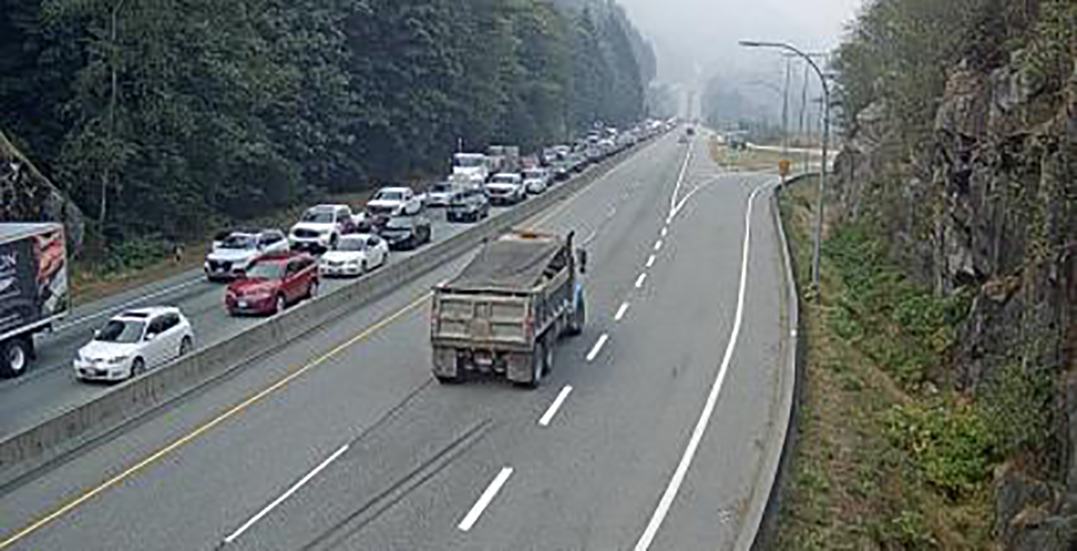 The Sea to Sky highway has been partially closed, creating headaches for drivers early this morning.

Specifically, the incident is between Sea View Drive and Copper Drive, approximately 4 km south of Squamish.

In their most recent update, Drive BC announced that northbound traffic is being diverted into a southbound lane.

One lane is open southbound; northbound lanes will remain closed until further notice.

Commuters should expect heavy delays and give ample time to get to and from their destination until conditions improve.