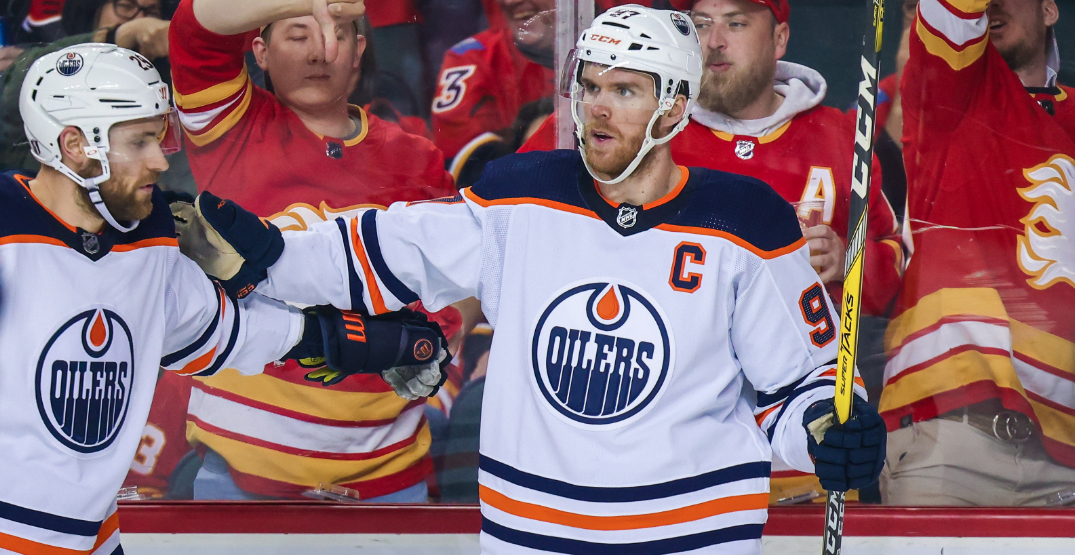 Connor McDavid had his season end some time ago.

His scoring prowess is still on display, however.

The Edmonton Oilers captain, ousted 18 days ago at the hands of the Colorado Avalanche, still leads the Stanley Cup Playoffs in scoring and can become the first player in 20 years to pace all postseason performers despite not making an appearance in the final round.

The Avalanche, leading 3-1 against the Tampa Bay Lightning, can close out its first Stanley Cup victory since 2001. The following year, Peter Forsberg paced the playoffs in scoring with 27 points (nine goals, 18 assists) despite Colorado being ousted in the Western Conference Final in seven games by the Detroit Red Wings. 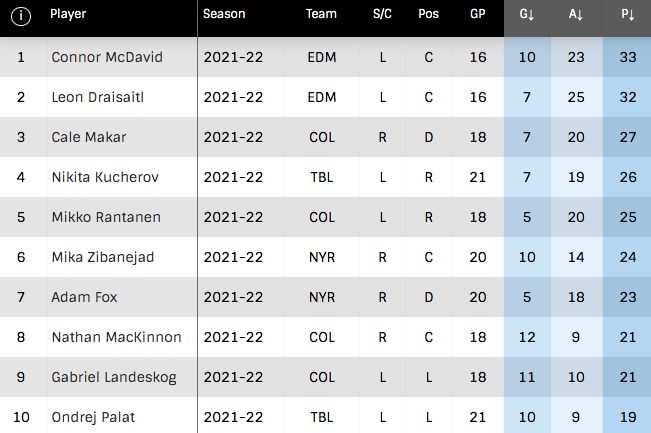 McDavid is facing a similar ending. He has 33 points (10 goals, 23 assists) in 16 games in the 2022 playoffs, one more than teammate Leon Draisaitl. The pair are two of nine different players in NHL history to record 30 or more points prior to the Stanley Cup Final, joining Wayne Gretzky, Doug Gilmour, Rick Middleton, Mario Lemieux, Barry Pederson, Mark Recchi, and Mark Messier.

Earlier in the playoffs, McDavid became the first player in NHL history to record nine multi-point games in the first 10 games of the postseason.

Next closest is Avalanche defenceman Cale Makar, who has 27 points (seven goals, 20 assists) in 18 games. He needs six points to tie McDavid.

The offensive output doesn’t really come as a shock.

McDavid, who was runner-up to Auston Matthews for both the Hart Trophy and Ted Lindsay Award, captured the Art Ross as the league’s leading scorer in the regular season. He netted an NHL career-high 123 points, including a personal best of 44 goals and 79 assists.

His 156 points, blending the regular season and playoffs, is the most since 1995-96, when Jaromir Jagr had 172 points and Lemieux netted 188 points.