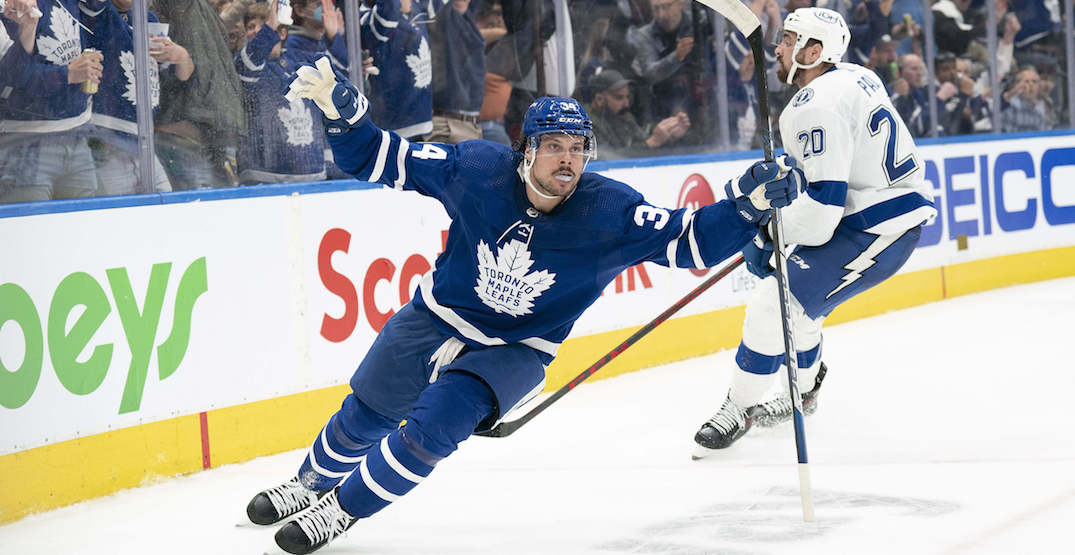 Auston Matthews was the best and most valuable player in the NHL this season.

Matthews was named the recipient of the Hart Trophy on Tuesday, awarded to the NHL player most valuable to his team as voted by the Professional Hockey Writers Association.

He also won the Ted Lindsay Award, given to the most outstanding player as voted by the players.

The first ever @MapleLeafs player to win the Ted Lindsay Award:

The Toronto Maple Leafs forward bested forward Connor McDavid of the Edmonton Oilers and goaltender Igor Shesterkin of the New York Rangers for the Hart Trophy, and beat McDavid and Nashville Predators defenceman Roman Josi for the Ted Lindsay Award.

He broke both the Toronto record and US-born benchmark for goals in a season, and tied Stamkos for sixth in NHL scoring. The previous Maple Leafs record was set at 54 by Rick Vaive in 1981-82, and the previous mark for a US-born player was set at 55 by Kevin Stevens of the Pittsburgh Penguins in 1992-93.

Matthews, who had a plus-20 rating and averaged 20:37 of ice time per game, also led the NHL with 348 shots on goal, and was fifth in game-winning goals with 10. His 16 power-play goals were also tied for third. It’s his second straight season in leading the NHL in goals, too.

The 24-year-old is the first Maple Leafs player to win the award since Ted Kennedy in 1954-55. Babe Pratt also won the Hart Trophy with Toronto back in 1943-44.

Matthews, who has scored at least 34 goals in each of his first six seasons in the NHL, was the runner-up to McDavid for the Hart last season.

He was the betting favourite to capture the award.