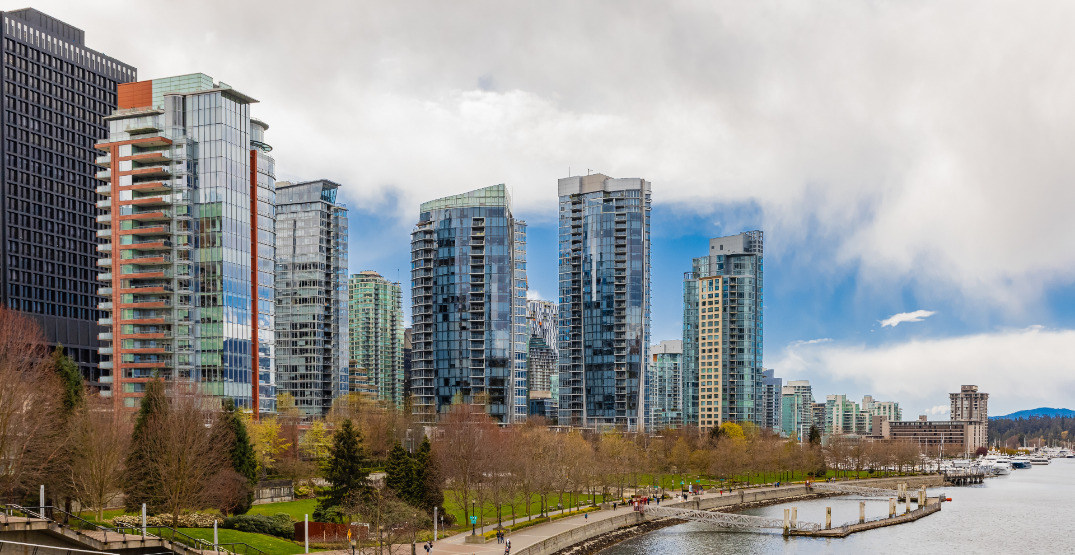 If you were hoping for some sick beach parties in anticipation of warmer weather in Vancouver this May, what were you thinking? This is Vancouver.

Unfortunately, in Vancouver and most of BC, weather in the early part of May is going to be much like April with colder-than-seasonal temperatures expected at least for the first half of the month.

The Weather Network states that a “strong blocking pattern is building” towards the end of April, and there are unfortunately no signs that this pattern is going to break down until at least the latter part of May.

Southern Canada is going to be dominated by colder-than-seasonal temperatures as well, and unless you’re in Alberta — yes, Alberta — you’re going to want to keep that jacket handy.

While most of BC will be hit with colder than seasonal temperatures, it won’t all be bad if you’re not a fan of colder weather.

“While I have no doubt that this forecast is very disappointing for most people, keep in mind that ‘seasonal’ is rising by roughly two degrees per week across much of Canada, so ‘cool’ weather during early May will still be warmer than what we saw during the first half of spring,” said The Weather Network Meteorologist Dr. Doug Gillham in a statement. 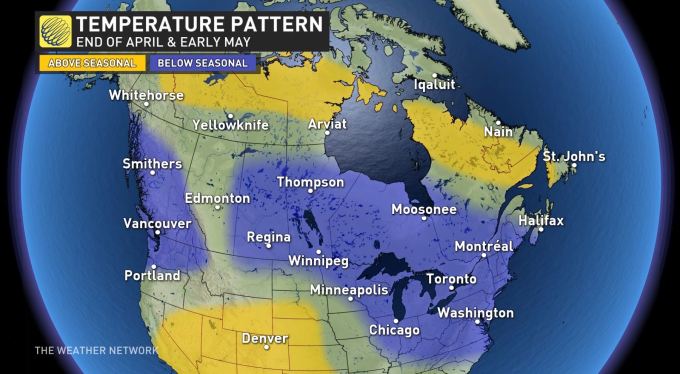 Gillham also added, “consistently inconsistent — that is the nature of spring across Canada.”

The 14-day trend shows temperatures rising by a few degrees into the early part of May, so it’ll be a little warmer than April, Gillham pointed out.

Meanwhile, the seven-day forecast — which is usually more accurate than the 14-day trend — suggests that temperatures will hover around highs of 14˚C and lows of 9˚C to finish off what has so far been a memorable April when it comes to the weather.

If you’re looking for a warm getaway that isn’t too far away, apparently Alberta is a pretty good place to visit this year.