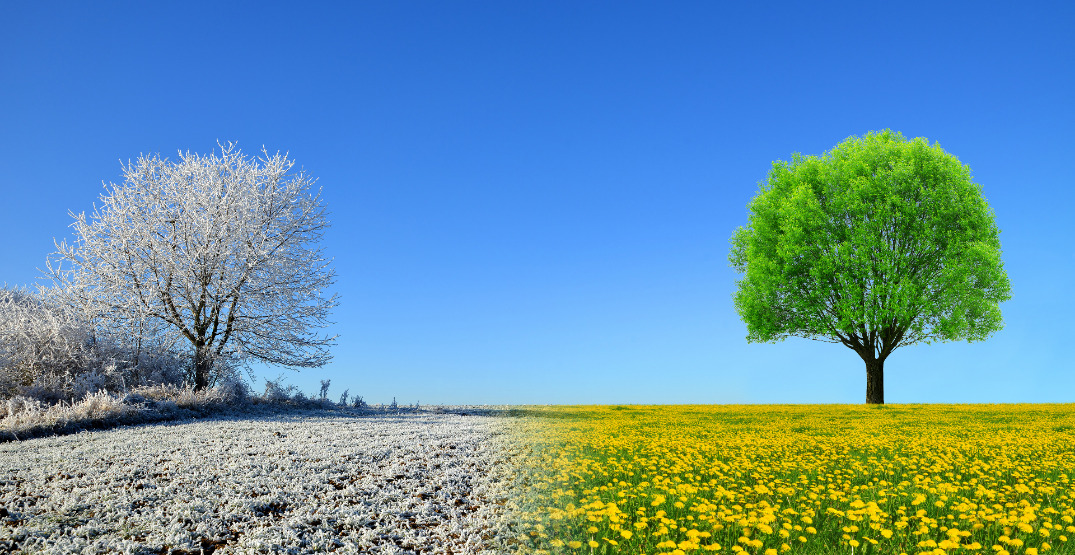 Vancouver broke an 85-year-old weather record on the morning of April 14.

According to YOW Weather Records, Vancouver hit -0.7°C at 6 am, the lowest temperature ever recorded on the date in the city since records began back in 1937.

The temperature was recorded at Vancouver International Airport.

The record also falls well below the historical median temperature for Vancouver on April 14, which, between 1992 and 2021, was 5.15°C. Vancouver hit a fairly cold temperature of 1.1°C as recently as last year, albeit still above freezing. 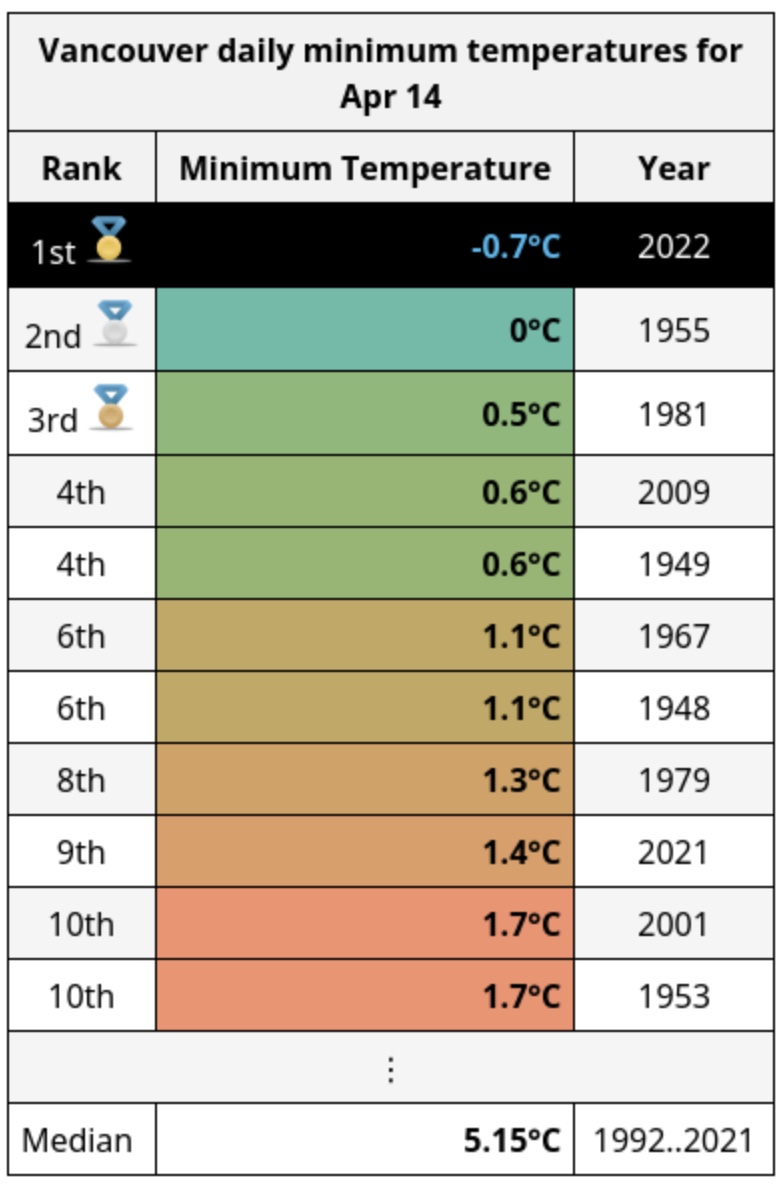 Spring weather has been a bit of a roller coaster ride in April, to say the least, as Vancouver was hit with both snow and hail in the last week.

According to the latest forecast from Environment Canada, the wet and cold weather is going to stick around for at least a couple more nights, with some clear breaks on Saturday and Sunday, before heading into another period of precipitation.

The 14-day trend on The Weather Network largely reflects the same pattern, with lots of rain and some sunny breaks.

At least there’s no snow in the forecast.