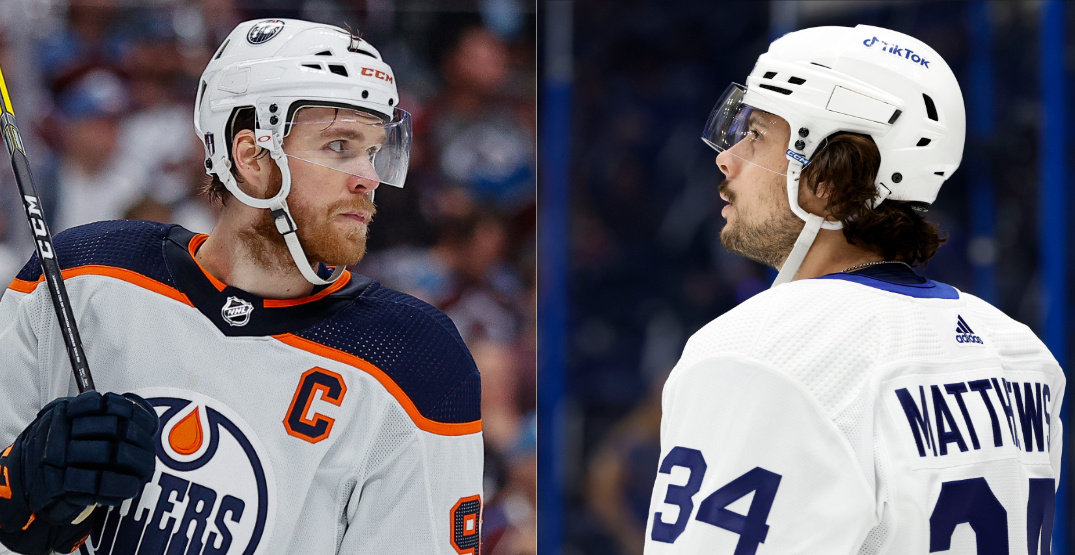 It’s not often Connor McDavid finds himself the underdog, but Auston Matthews has put him in that position when it comes to the Hart Trophy battle.

Matthews, who captured the Maurice “Rocket” Richard Trophy by pacing the NHL with an NHL career-high 60 goals, remains the betting favourite to take home his first Hart Trophy, according to gambling site BetRivers.net.

New York Rangers goaltender Igor Shesterkin, the third nominee, is an even longer shot at +3500.

Matthews had an NHL career-high in goals (60), assists (46), and points (106) in 73 games to help the Maple Leafs set franchise records for wins (54) and points (115) in a single season. He is the 21st player in NHL history, and the first in a decade, to hit 60 goals. He broke both the Toronto record and US-born benchmark for goals in a season.

He would become the first Maple Leafs player to win the award since Ted Kennedy in 1954-55.

McDavid, who won the Art Ross Trophy by registering an NHL career-high 123 points (44 goals, 79 assists) in 80 games — the second-most by a player in the past 15 seasons, finished eight points ahead of Calgary Flames forward Johnny Gaudreau and Jonathan Huberdeau of the Florida Panthers in league scoring. He is the seventh player to capture the Art Ross at least four times, and the third to do so before his 26th birthday.

Matthews was the runner-up to McDavid last year.

Both players are also nominated for the Ted Lindsay Award, given annually to “the most outstanding player as voted by fellow members of the NHLPA.” The pair are nominated alongside Nashville Predators defenceman Roman Josi.