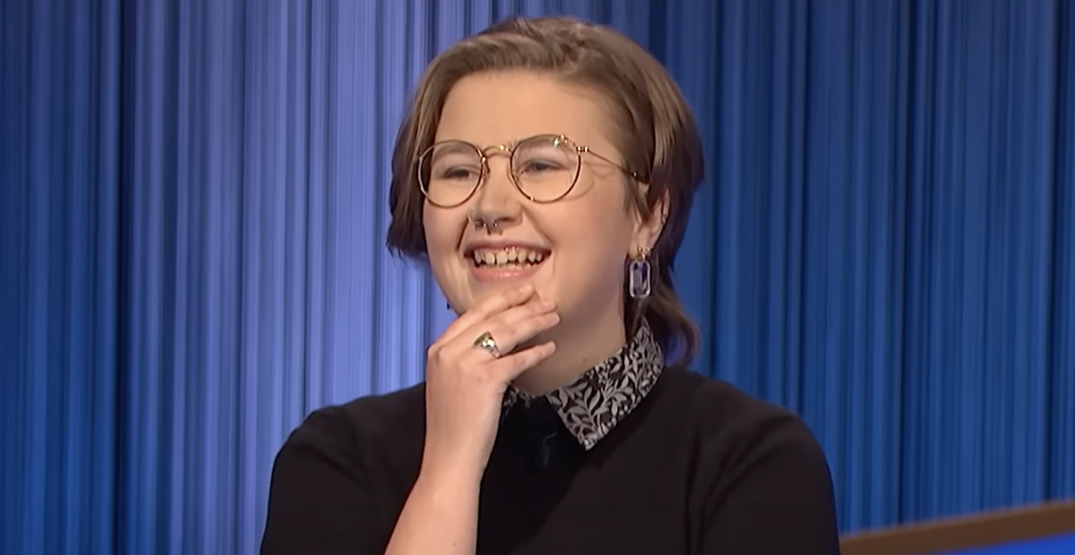 An ongoing Jeopardy! winning streak has pushed Mattea Roach into the limelight, but what the Canadian trivia whiz didn’t anticipate was that her sexual orientation would also become a topic of debate online.

In April, NBC News received backlash for a tweet specifying that Roach is a “lesbian tutor” based in Toronto.

People on social media called the description “bizarre,” arguing that Roach’s sexual orientation has nothing to do with her performance on the game show.

The Nova Scotian addressed the discussion last week in an interview with LGBTQ advocacy group GLAAD, and a Twitter thread.

“I didn’t really go on the show to be…the capital ‘L’ lesbian contestant,” Roach told GLAAD correspondent Anthony Allen Ramos. “So, most of my anecdotes on the show really have nothing to do with that.”

She added that what a show like Jeopardy! does allow for is to showcase different facets of someone’s personality.

“So, it’s like, okay, this isn’t just a queer person or trans person that fits certain boxes or certain stereotypes of what we might expect,” explained Roach.

The first-ever Gen Z Jeopardy! super-champion shared the interview in a Twitter thread saying she appreciated the opportunity to talk about what it means to be a queer person on the quiz show.

She also went into further detail about her thoughts on people offering “different takes” about why her sexual orientation does or doesn’t matter.

“I wanted to throw my two cents in,” she tweeted. “I think it does matter, but in a limited way.”

I’ve seen a lot of people over the past few weeks offer different takes about why my sexual orientation does (or doesn’t) matter to my appearance on Jeopardy, and so I wanted to throw my two cents in. I think it does matter, but in a limited way

“Being visible in public as a queer or trans person is a vulnerable position, and I’m so grateful for the support I’ve received over the course of my run from my queer and trans friends in real life as well as from LGBTQ+ past contestants,” added Roach.

Her interview with GLAAD highlighted former Jeopardy! contestant Amy Schneider, who had a 40-day winning streak and was the first trans woman champion on the game show.

Roach shared how she was able to watch Schneider’s games right up until she started taping her games.

“It’s been such an honour and a pleasure to be part of what has been an incredible legacy queer and trans champions,” she said.

You can watch Roach’s full interview with GLAAD below.