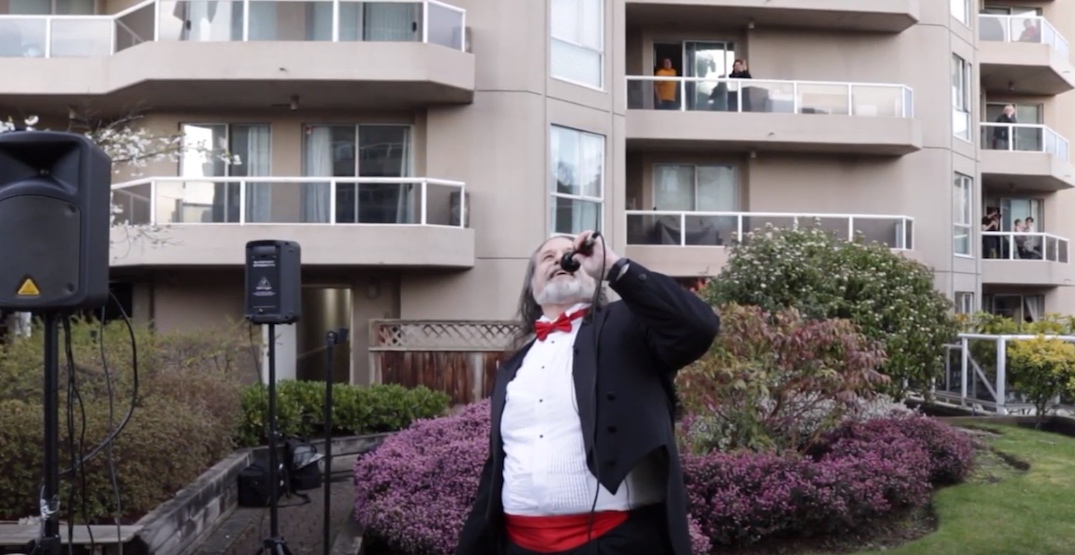 Mr. O Canada isn’t letting the NHL’s downtime stop him from stirring some inspiration, even if he does not have a red carpet on ice.

On Saturday, Mark Donnelly was filmed singing the Canadian national anthem in the outdoor common area of an apartment complex in New Westminster.

It was a pleasant surprise for area residents; he belted it out at around 7 pm, just when residents were about to emerge out of their balconies for the nightly applause and cheer.

Residents joined in on the singing when Donnelly held his microphone up into the air.

“Maybe we can do this again sometime. You guys are here every night? I guess you’re not going anywhere. God bless you.”

Donnelly is, of course, a longtime anthem singer for the Vancouver Canucks’ home games.