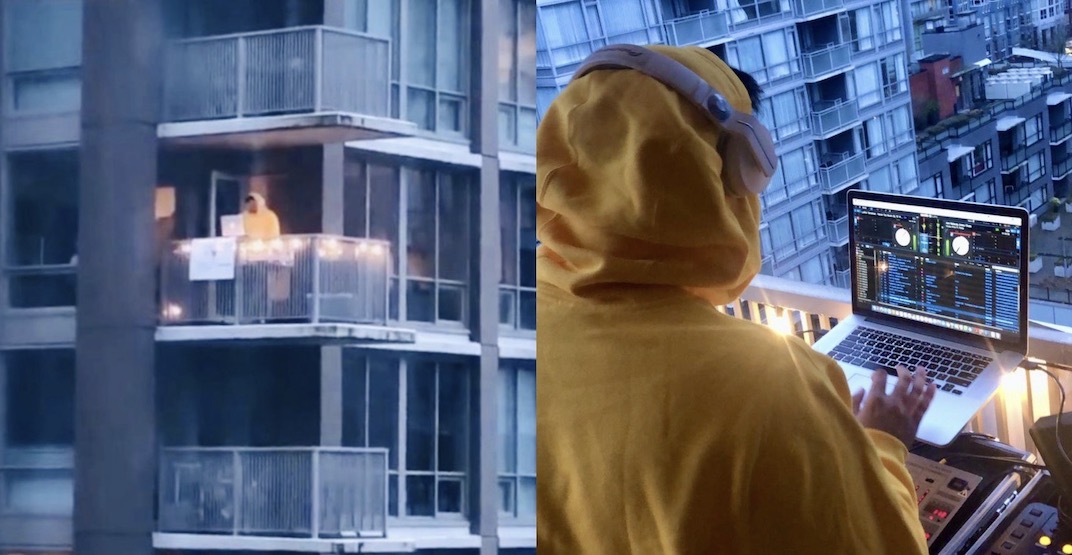 Frontline workers and healthcare professionals have been working tirelessly amid the coronavirus pandemic, and cheering in unison for these heroes has quickly become a daily ritual for some cities around the globe, including Vancouver.

One local DJ has been taking the city’s 7 pm cheer to a whole new level, as he’s been turning things up with a live post-cheer set from his downtown balcony.

Neky Mahmud, Aka Neky The Kid, told Daily Hive he’s been spinning a while, since back in the days when the only option was using vinyl.

The DJ said that the 7 pm cheer for our healthcare workers had become the highlight of his days during isolation, and that’s what sparked the idea to start spinning from his Yaletown balcony.

“One evening I just decided to set up and show appreciation. I wasn’t sure how the neighbourhood would respond, but I felt like music has the ability to unite us all, so I just went for it,” Mahmud wrote in an email.

That first balcony set was four days ago (March 25) and it was a hit. The performer has continued to play a daily 25-minute set from 7:05 to 7:30 pm PST ever since.

“Going forward I want to transition to weekend balcony jams,” wrote Mahmud. “But if the sun is out and shining, you never know, we may have some surprises.”

Mahmud said his balcony isn’t huge, but it’s got room for two turntables and enough space for him to dance. 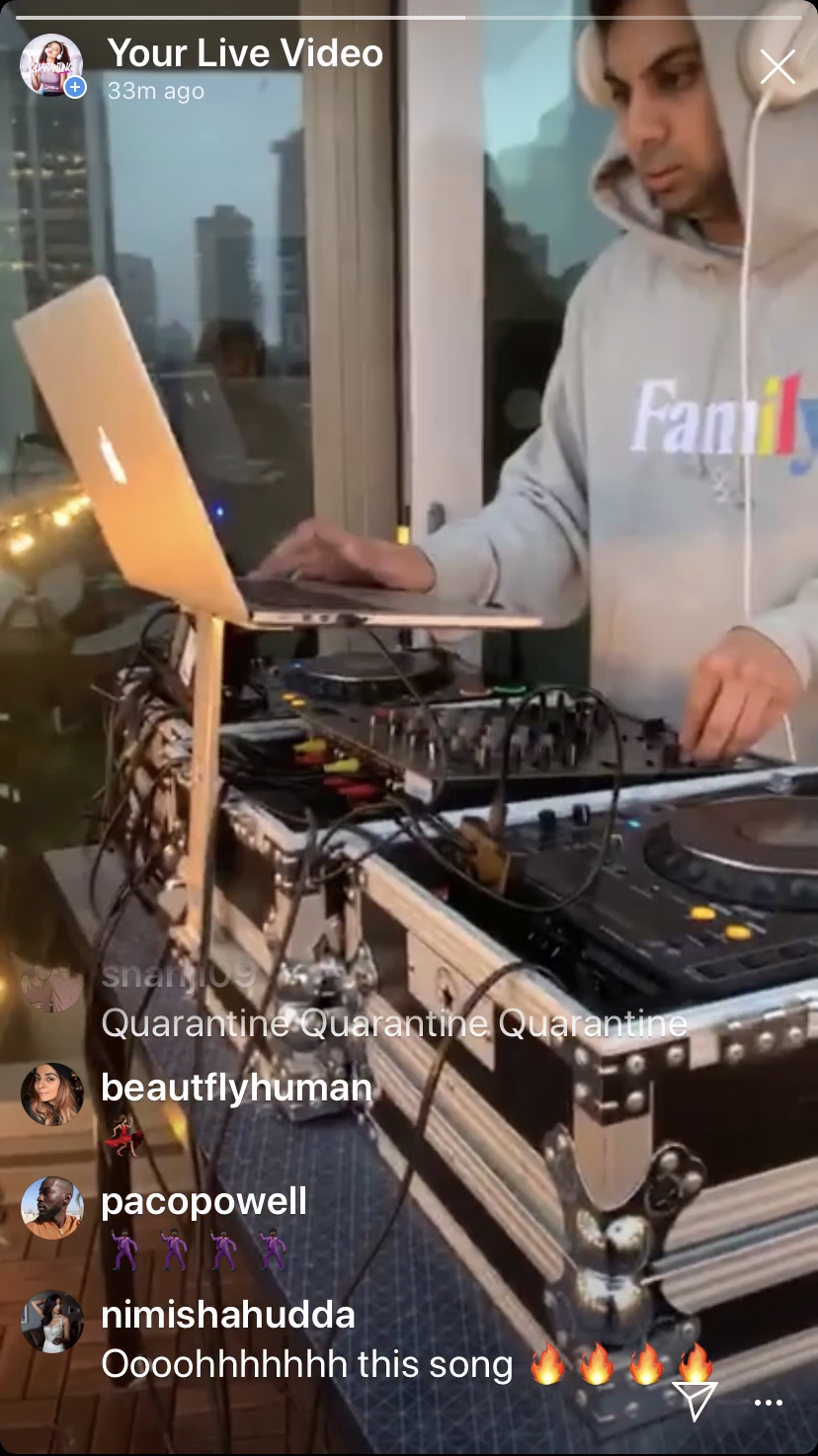 The Vancouver DJ has been playing his signature eclectic mixes and says people can count on him to “bring the unexpected” during balcony sets — you can even watch via Instagram live, so there’s no excuse not to check it out his performances from Thursday to Saturday.

When asked how long he’ll continue to play the sets, he said as long as the community is still getting joy from it, he’ll keep playing.

“The reaction has been really heartwarming. It’s been incredible to watch our neighbourhood come together to dance, sing and connect during these weird and uncertain times,” wrote Mahmud.

“It feels like for 25 minutes every day we find true joy in music and forget about everything else. I’ve received several messages from neighbours and followers expressing appreciation. People have shared that the balcony set is the highlight of their day and that is helping to relieve some worry and anxiety. It means a lot to me to be able to contribute to that.”