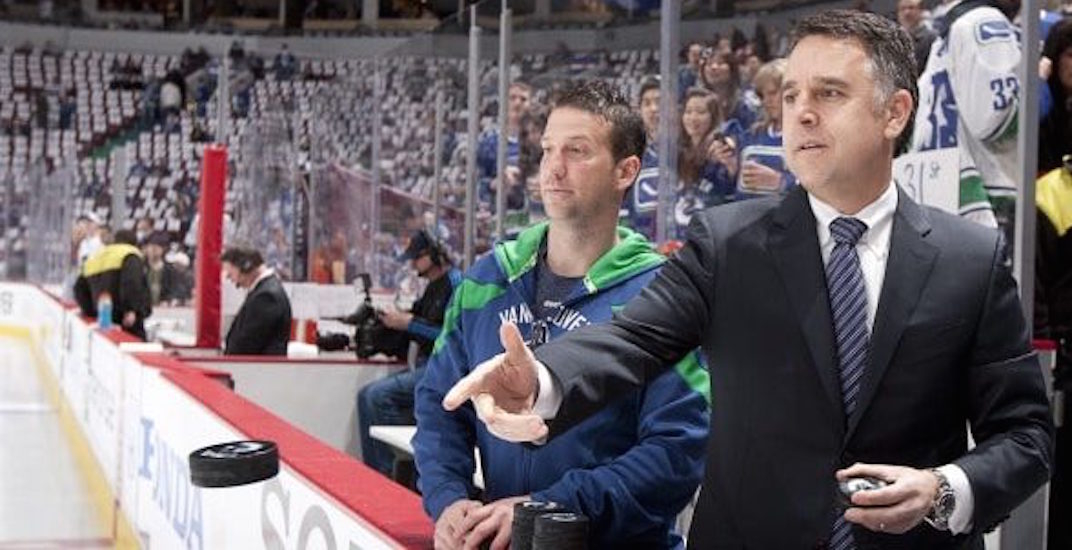 After three seasons watching from the sidelines, Laurence Gilman is back in the trenches with an NHL team.

The Toronto Maple Leafs have hired him to be their assistant general manager, where he will work under new GM Kyle Dubas.

“Laurence provides terrific experience to our management team,” said Dubas in a team-released statement. “His 20-plus years in the NHL have seen him manage nearly every type of department in professional hockey and have success doing so.”

While it’s not the top job he coveted after his success in Vancouver, this is clearly a good fit for Gilman. A high profile team, if he succeeds in Toronto – and the Leafs are set up for success – job offers from other teams are likely to pour in.

Gilman was Mike Gillis’ right-hand man with the Canucks for six seasons, hanging on for one more year under Jim Benning before being let go in 2015. An analytical mind, Gilman was credited for being the team’s ‘capologist’ and convincing players to sign for under market value.

The Gillis/Gilman era was the most successful in Canucks history, as the team won five straight Northwest Division titles and came within one win of capturing the Stanley Cup in 2011. The knock on that regime was their inability to have success at the draft table, which eventually led to the team’s demise.

In Toronto, Gilman will share AGM duties with Brandon Pridham, who was promoted on Wednesday. It’s been a busy month of front office shakeups for the Leafs, who promoted Dubas and lost Lou Lamoriello and Mark Hunter.

Gilman’s responsibilities with the Leafs will include player personnel, managing the player development department and farm system, and overseeing the organization’s top prospects as GM of the Toronto Marlies.

“Adding Laurence to our front office and having him work alongside Brandon Pridham as an Assistant General Manager gives our program great depth and breadth of knowledge across all areas of hockey operations. We feel very fortunate to have both Brandon and Laurence as key parts of our executive team.”

A lawyer by trade, Gilman has extensive work experience in the NHL. Prior to joining the Canucks, Gilman spent 13 years in the Winnipeg Jets / Phoenix Coyotes organization.

Since leaving the Canucks in 2015, Gilman helped formulate and design the rules and regulations for the 2017 NHL Expansion Draft. For the past season, Gilman could be heard on TSN 1040 sports radio in Vancouver, where he joined Matt Sekeres and Blake Price for two hours a week as an analyst.