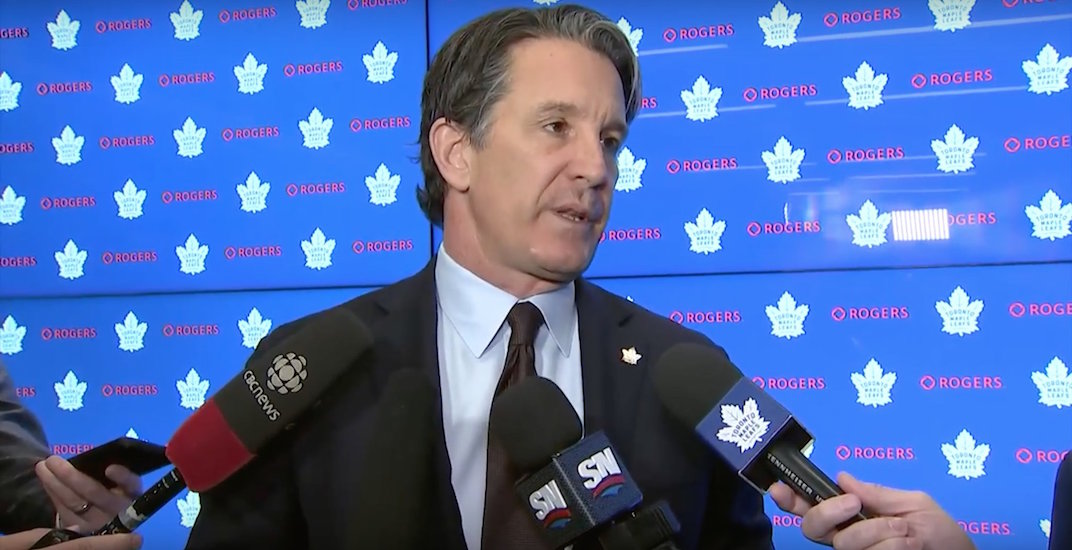 After introducing Kyle Dubas as the team’s new general manager 11 days ago, changes seemed imminent. Lou Lamoriello did not step away from the GM’s chair by choice, despite being offered a job in an advisor role at 75 years of age. Assistant general manager Mark Hunter was not going to be keen to wait out Dubas’ tenure for his big break, either.

On Tuesday, the Leafs provided updates on both Lamoriello and Hunter, who are leaving the organization.

Job-one for Lamoriello will be to convince John Tavares to stay on Long Island, because the former Leafs GM has been named President of Hockey Operations for the New York Islanders.

“I’d like to once again express our deepest appreciation to Lou Lamoriello for the work he did over the last three years as our general manager and congratulate him on his new role with the Islanders,” said Leafs president Brendan Shanahan in a statement. “Lou’s contributions to the Toronto Maple Leafs will be felt for years to come. We wish him the best.”

As for Hunter, his future is less clear.

“Following extensive discussions with Mark, he and the Toronto Maple Leafs have mutually agreed to part ways,” said Shanahan. “I’d like to sincerely thank Mark for everything he’s done for this organization over the last four years and I wish him nothing but the best in the future.”

Just got off the phone with Leafs president Brendan Shanahan, who confirms that Mark Hunter has a non-compete until mid-July — meaning he can't work for another team until then. Hunter offered to work the draft for Toronto, but team felt it was best to "make a clean break."

A highly regarded front office executive, Hunter reportedly has a non-compete clause until mid-July in his contract.

Toronto’s front office setup was the envy of most in the NHL, but they had to do something if they wanted to keep Dubas in the fold. The challenge for Dubas and Shanahan now is to fill those positions with more bright minds that can help turn the Leafs from a good team into a Stanley Cup team.