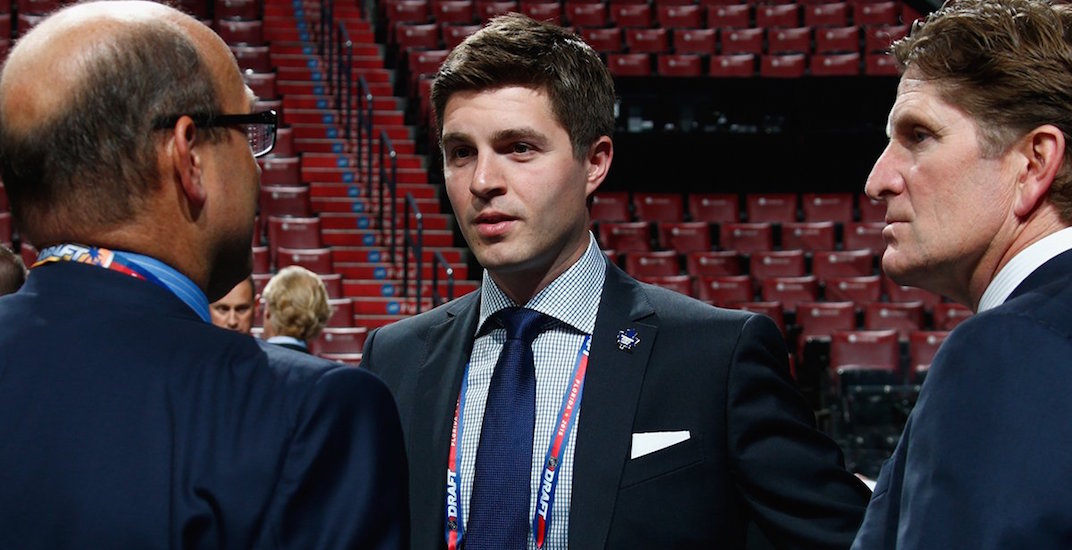 The Toronto Maple Leafs have been robbing the cradle to fill positions on the ice, and now they’re doing the same with the general manager’s chair.

Kyle Dubas has been promoted, as the 32-year-old was announced as the 17th general manager of the Maple Leafs on Friday.

Did You Know? Patrick Marleau, Ron Hainsey and Curtis McElhinney are all older than new #Leafs GM Kyle Dubas.

The promotion of Dubas is a progressive one by NHL standards. In a league that is still very much an old boys club, Dubas is a fresh voice.

Toronto could have kept Lou Lamoriello as GM or promoted the team’s other AGM, Mark Hunter. But they went with Dubas, who will bring new ideas to the table.

Brendan Shanahan assumed his first meeting with Kyle Dubas would be an hour long; ended up lasting nine hours, at the end of which Shanahan was determined to get him on board with #Leafs

Dubas was hired as the Leafs’ assistant general manager by president Brendan Shanahan on July 22, 2014. Known as a forward-thinking manager with expertise in analytics, Dubas came to Toronto after success as GM of the Sault Ste. Marie Greyhounds. He was the second-youngest general manager in OHL history, being first hired at age 25.

Stellick, who was 30 in April of 1988, was also serving as the general manager of the Leafs' AHL affiliate at the time.

As AGM of the Leafs, Dubas was responsible for player personnel, player development, the farm system, research and development, and held the title of GM of the Toronto Marlies, an AHL affiliate.