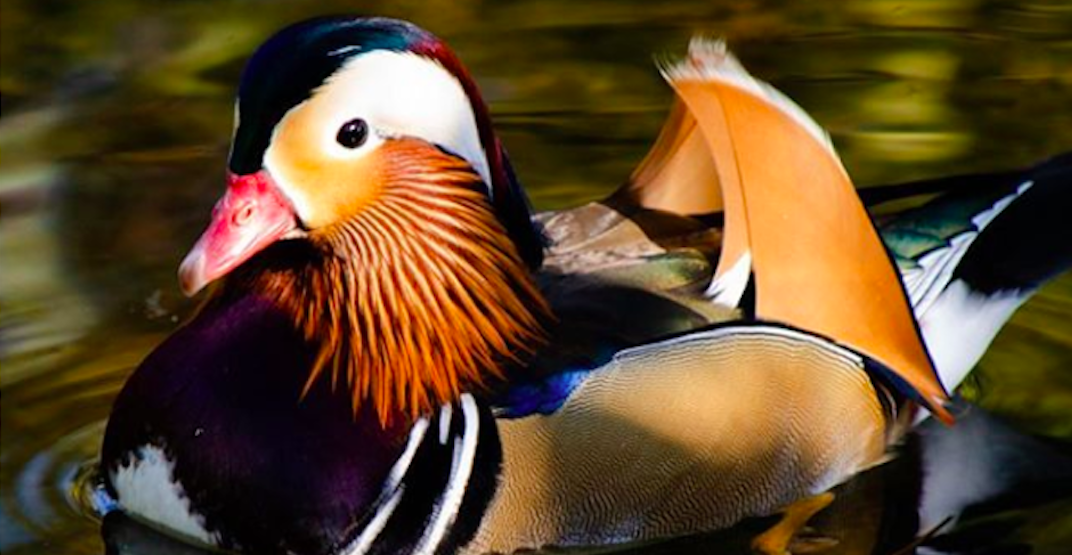 It’s not exactly a local in the area, but it appears that at least one Mandarin Duck has been making its home in Burnaby lately.

Referred to by some naturalists as the “most beautiful duck in the world,” the species –which is native to East Asia — has been spotted by some keen-eyed watchers at Burnaby Lake Park.

And while it may seem to some like this bird just appeared, it’s reportedly been hanging around the area since late May, according to those in the know.

He has been around since May. The Burnaby Lake community has been very Canadian-like as we are with any unfeathered celebrity and not bothered him too much by keeping a respectful distance.

While there’s no official word on how it ended up so far from home and in the waterways of Metro Vancouver, some have speculated that it might be an escaped pet.

But no matter where it came from, or how it got here, it’s hard to argue with the fact that this is indeed one good looking duck.