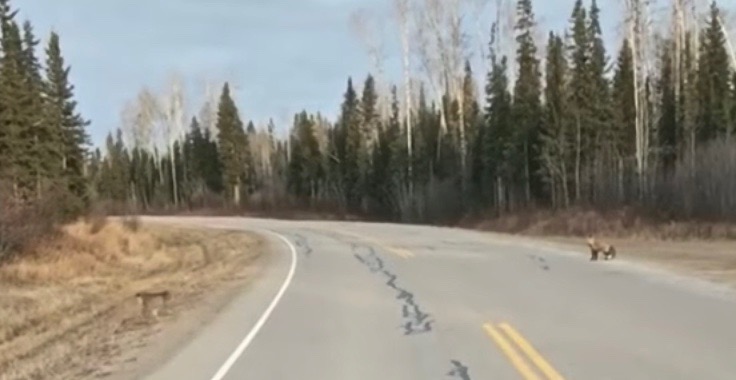 A woman driving in northeastern BC just captured a rather unusual – and very loud – dispute between a lynx and fox.

In a post on her Facebook page, Allyson Rozak-Burgess describes hearing a fox yelling at an approaching lynx on the highway near Fort Nelson.

And although the video is taken from a distance, the screaming is easy to hear.

Rozak-Burgess wrote that she believes the fox was guarding his den nearby and using his voice to scare the predator away.

Apparently, it worked: she says the lynx left after the fox’s screaming fit.