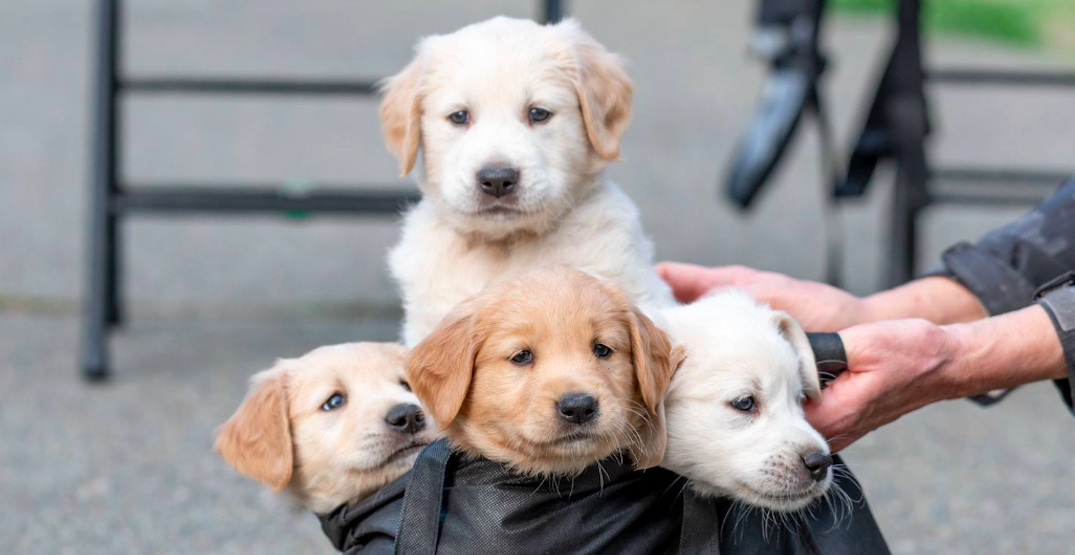 A very large litter of orphaned Golden Retriever puppies that had a very rough start in life are now thriving and are ready to be adopted into forever homes.

The 11 puppies came into the care of the Victoria Humane Society in September after their mom became distressed during birth. She required emergency surgery, but sadly did not survive.

Now orphaned, VHS put out an emergency appeal to find new mother dogs that could help nurse the pups. At the same time, the shelter took in a distressed Bernese mountain dog that had just given birth to another nine puppies. 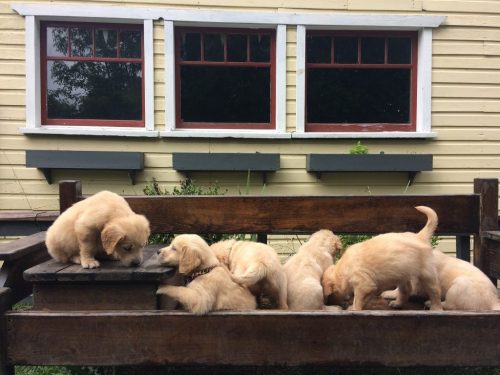 The 11 Golden Retrievers were put into emergency foster care, where they have been growing stronger and healthier.

Now two months old, the animal welfare agency says the pups are ready for adoptions. It has already received hundreds of inquiries about the “Golden Litter” and says it expects to be overwhelmed with applications for these adorable puppos. 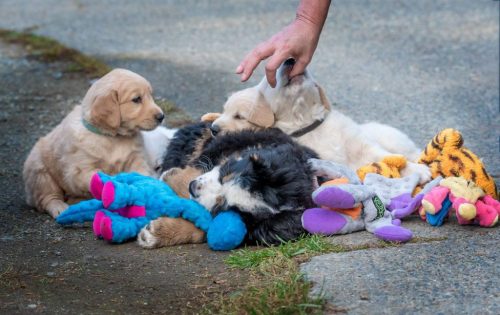 “Please understand, if you don’t get chosen, it doesn’t mean you aren’t a great owner ….there is only so many puppies!” the group wrote on the VHS website.

It is asking interested adopters to visit their website to fill out an application, and specify “Golden Litter.”

The group does not take applications on individual puppies because it prefers that people meet the group to see which one is the best fit. 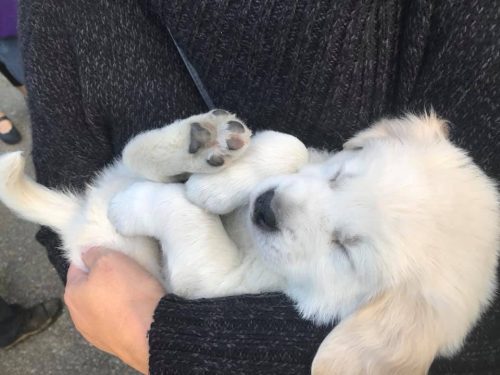 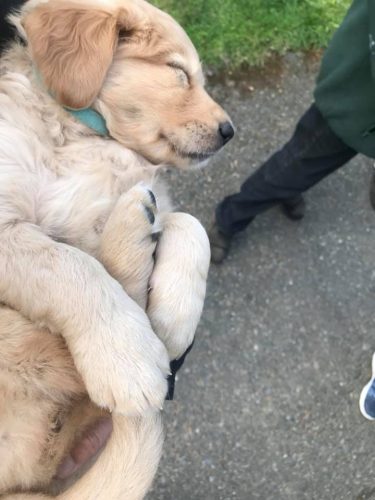 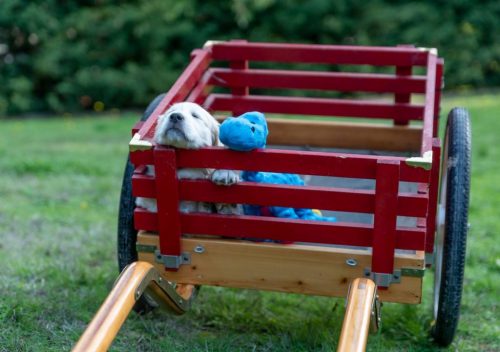 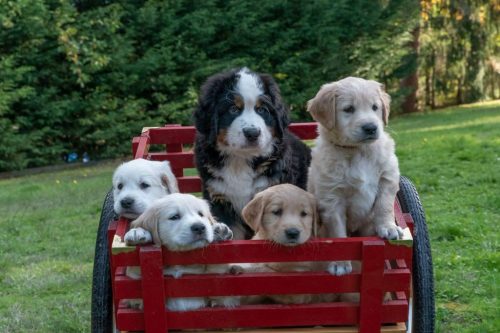