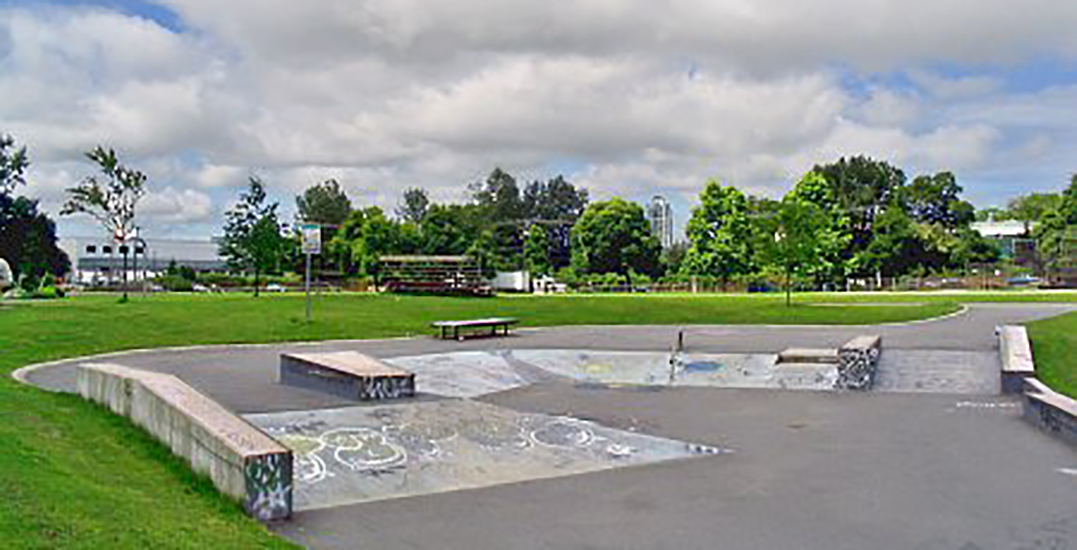 The skateboard park at Strathcona Park. (City of Vancouver)

A man was arrested on Sunday after allegedly chasing people with a chainsaw.

The Vancouver Police Department (VPD) say that the incident occurred just before 6 pm. Officers responded to the man who was reportedly “chasing and threatening people with a chainsaw.”

The suspect had entered Strathcona Park, where he was located and arrested.

It was live and they jumped in a random car to stay safe. This is nuts.

“The man was released pending further investigation,” Constable Tania Visintin tells Daily Hive in an email. “Thankfully, no one was injured.”

Police note that investigation over the incident is still ongoing.