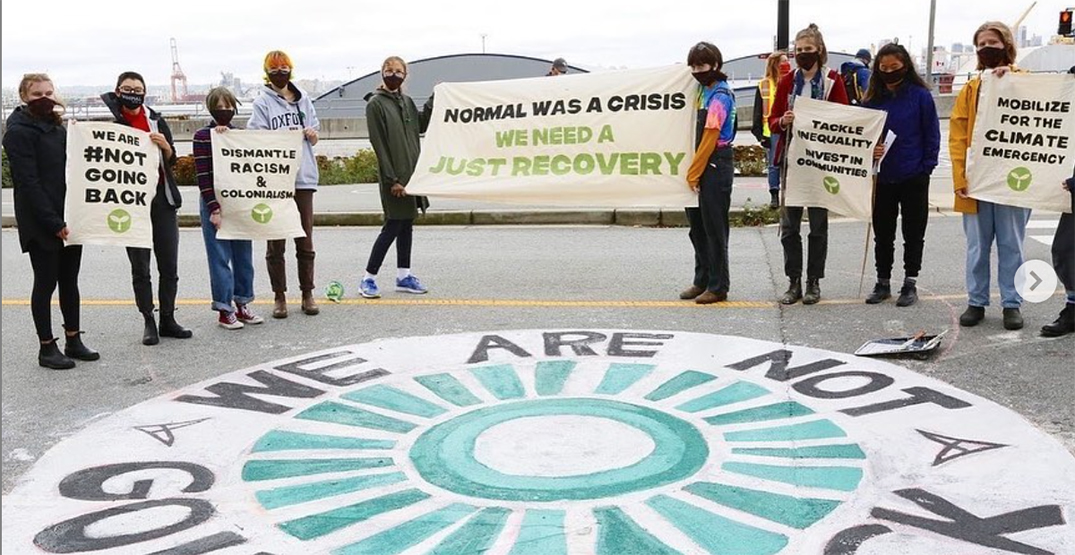 The peaceful demonstration was organized by Sustainabiliteens and coincided with worldwide Fridays for Future rallies sparked by Swedish activist Greta Thunberg.

The young demonstrators assembled outside MP and Minister of Environment and Climate Change and Jonathan Wilkinson’s office near the Lonsdale Quay. They carried signs urging the government to work to dismantle systemic racism, tackle inequality, and invest in fighting the climate crisis.

“The climate crisis is an emergency, and it’s time we started treating it like one,” organizers wrote on Instagram.

The group says Wilkinson has agreed to meet with them to discuss their goals.

According to an Instagram post by Thunberg, there were more than 3,000 youth-led climate demonstrations on Friday all over the world.

“This is just the beginning,” she wrote.

Today was a huge success! Hundreds of thousands of us returned to the streets demanding climate action! There were strikes in over 3200 places on all continents, including Antarctica! With masks and socially distant. Thank you everyone who showed up! We will continue, the fight for a future doesn’t end here – this is just the beginning. Pictures from today in order: Germany, Bangladesh, Sierra Leone, Japan, The Philippines, Researchers in Antarctica, Ukraine. #climatestrike #fridaysforfuture #schoolstrike4climate #fightclimateinjustice #facetheclimateemergency