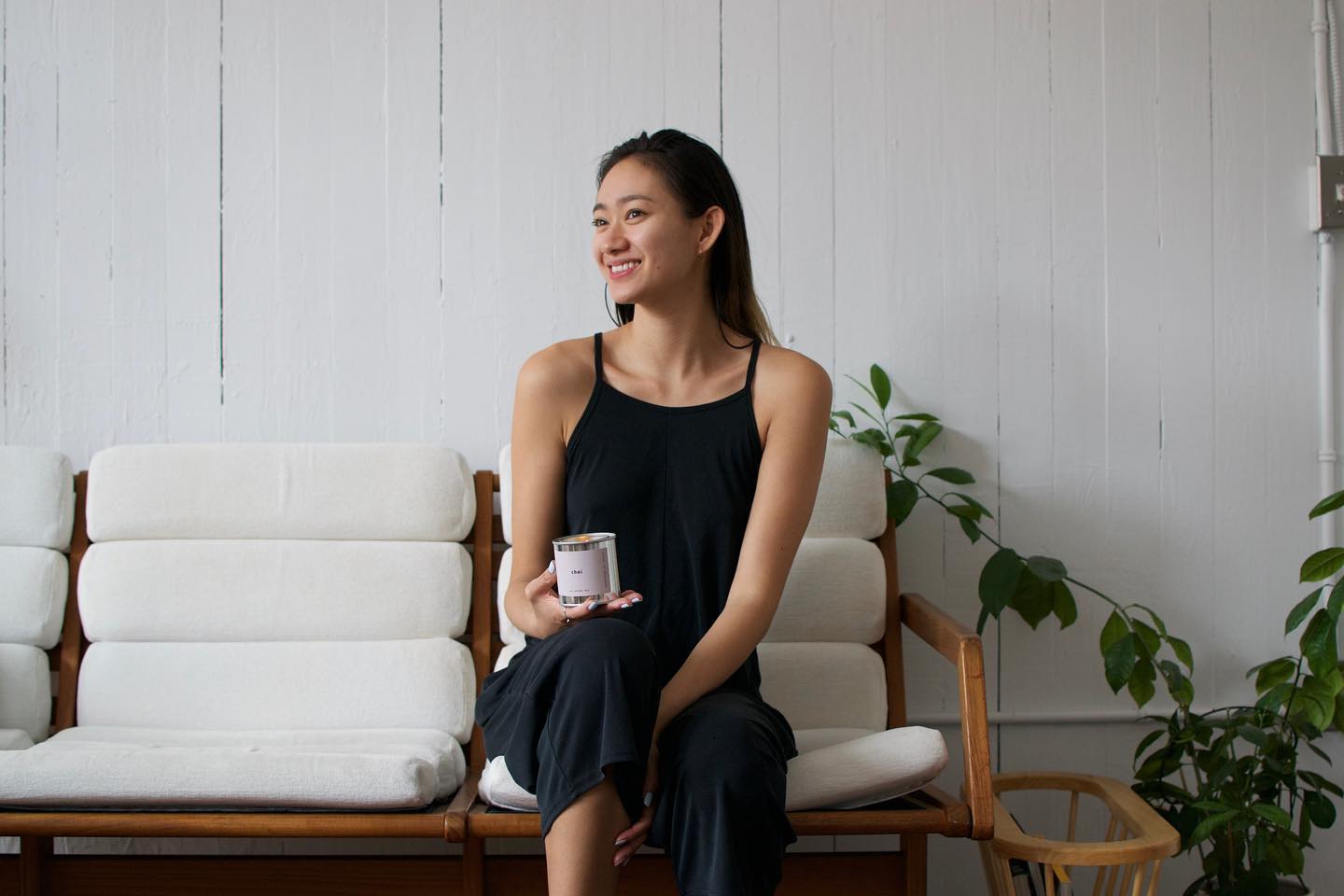 When Melody Lim embarked on an opportunity to study abroad in Europe, she wasn’t expecting to return home as a candle entrepreneur.

The founder of Vancouver’s Mala the Brand, Lim’s eco-friendly candles — housed in metal tins with pastel labels — have been all over Instagram in recent months. The popularity, in part, is thanks to successful collaborations with influencer Emma Rose, Kitsilano’s Rain or Shine Ice Cream, and curated beauty boutique India Rose Cosmeticary. 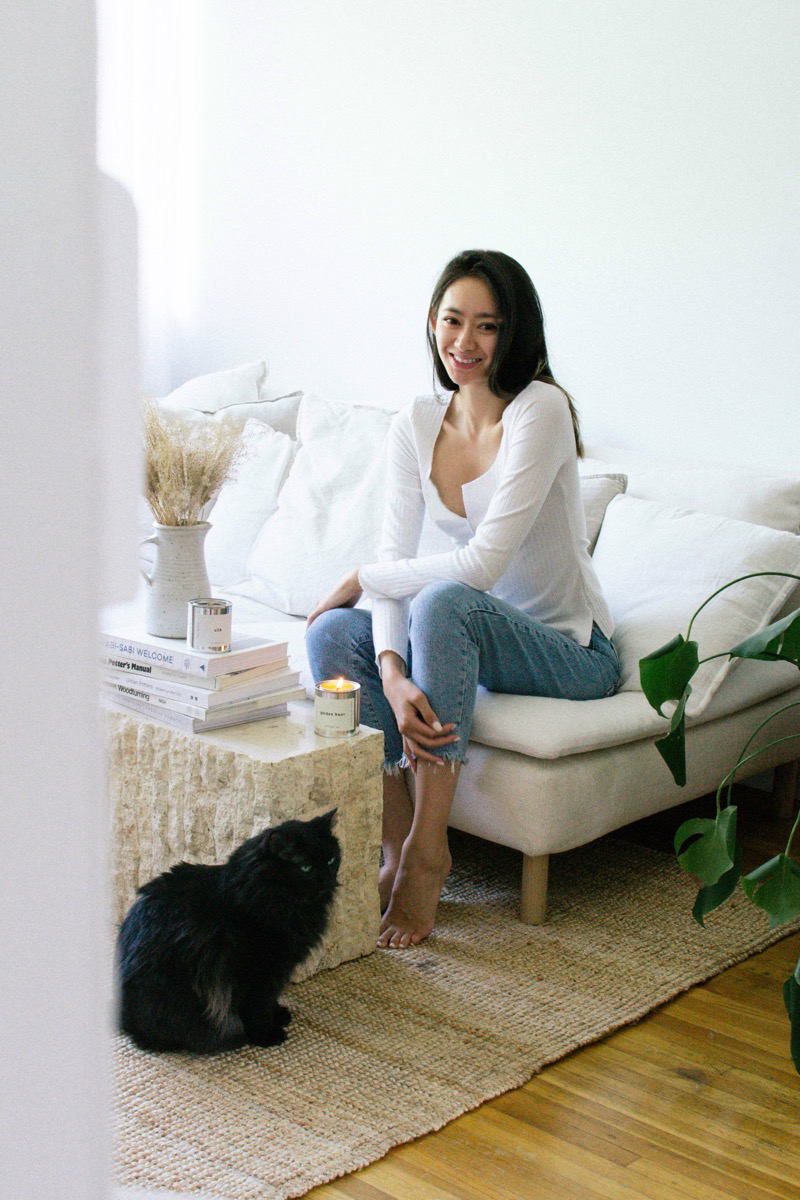 “I have always been obsessed with candles growing up,” the Simon Fraser University (SFU) grad tells Daily Hive over Google Meet. “I’ve always been a big DIY, Pinterest person. I like using my hands,” she explains.

Her signature scent? The nostalgic Cereal — inspired by Saturday morning cartoons and breakfast food. “It’s our most popular. It smells like Fruit Loops,” she says. “I’ve always loved cereal — the sweetness combined with the milk. That was what we launched with, and it’s still our number one seller over a year later.” 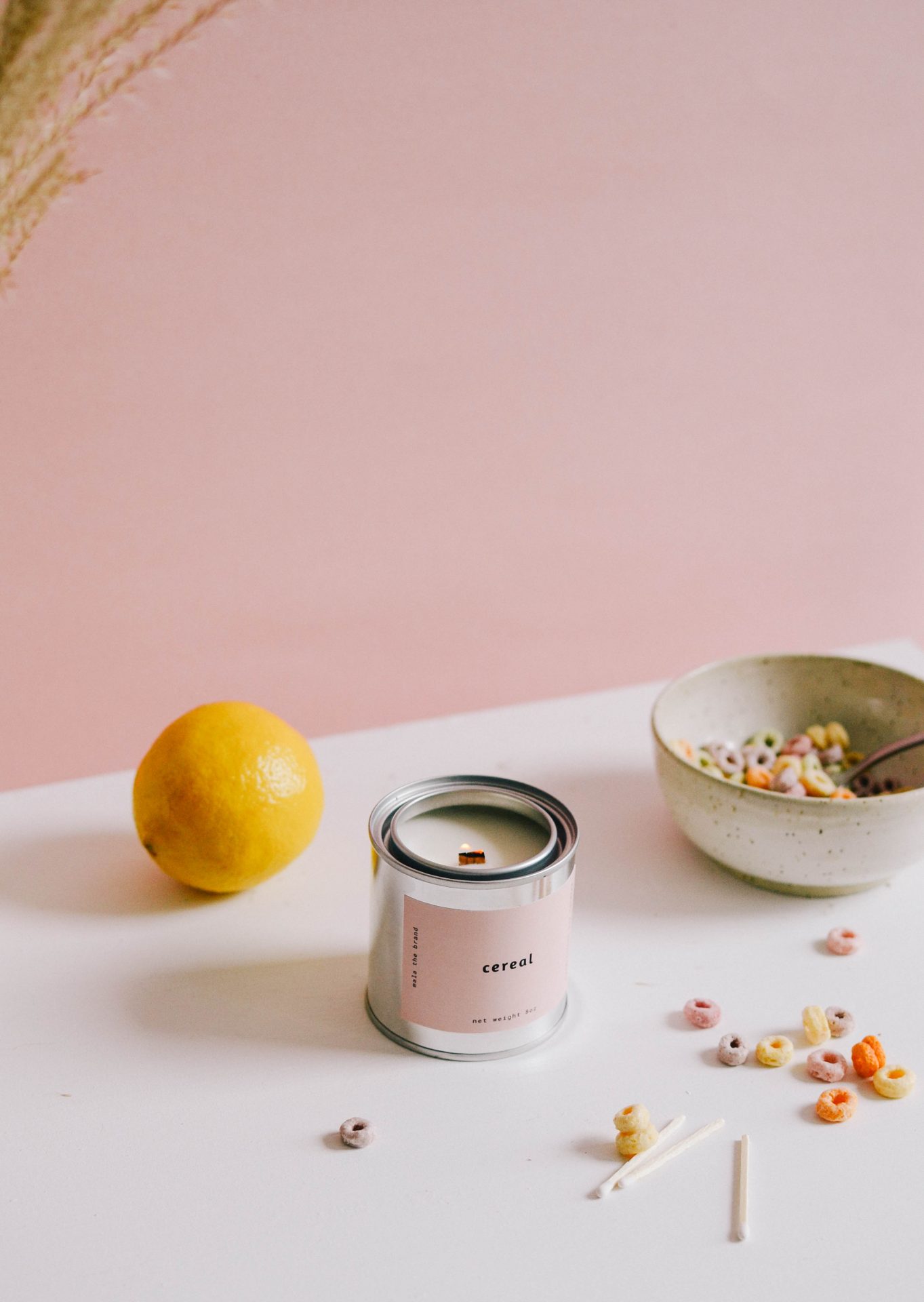 Just 18 months into her first business venture, the Vancouver native has already landed in major retailers like Nordstrom and Indigo — all without outside investors. In 2020, however, a surprised Lim took home $35,000 through Coast Capital Savings Venture Prize competition with SFU.

While Lim went to school for communications, it was a trip to Greece that sparked her passion for candle-making. In Milos, the then-student stumbled across a candle shop where the owner showed her the ropes. 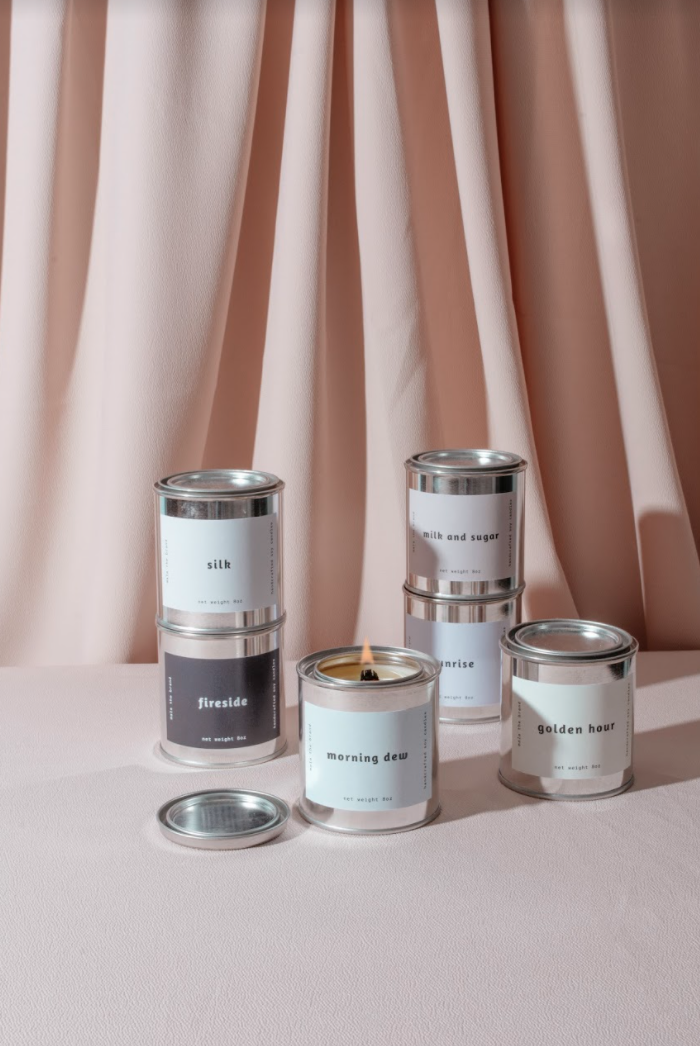 Her time across the pond influenced the relaxed vibe of the brand, too. “I fell in love with the European culture and the slow, minimalist lifestyle,” she says, explaining she lived in Berlin, Germany while travelling around the region. “I was influenced by the aesthetic…and you can see that on my Instagram feed now. I conceptualized the brand during my travels.”

The name Mala also has a connection to her time in Europe: the nickname was bestowed to her by friends in Germany. “It means ‘kiddo’ in Croatian, and it just kind of stuck,” she adds.

Candle-making began as a “passion project” while Lim worked as a co-op student on local skincare brand Riversol‘s marketing team. “I ended up leaving and decided to give [candle-making] a shot. So I did. That’s around the time I collaborated with [social media influencer] Emma [Rose] on that first candle. Then I just took it from there, day-by-day.” Lim now offers between six and eight scents in rotation and — at the $35 price point — considers Mala to be “everyday luxury.”

For BC born and raised Lim, sustainability was at the core of her idea — especially when it came to ingredients. “A lot of the candles on the market are actually made out of paraffin, which is a carcinogenic wax made out of crude oil — and lots of candles use cotton wicks that contain lead,” the brand founder explains. “I also discovered a lot of fragrance companies can include phthalate — which I wanted to avoid doing.”

All of Mala’s offerings — which include milk and sugar, chai, and cabin fever scents — are made of natural soy wax. In addition to using eco-friendly tins (which are made from post-consumer materials), she also opted to swap out the usual cotton wicks for environmentally friendly, wood ones. 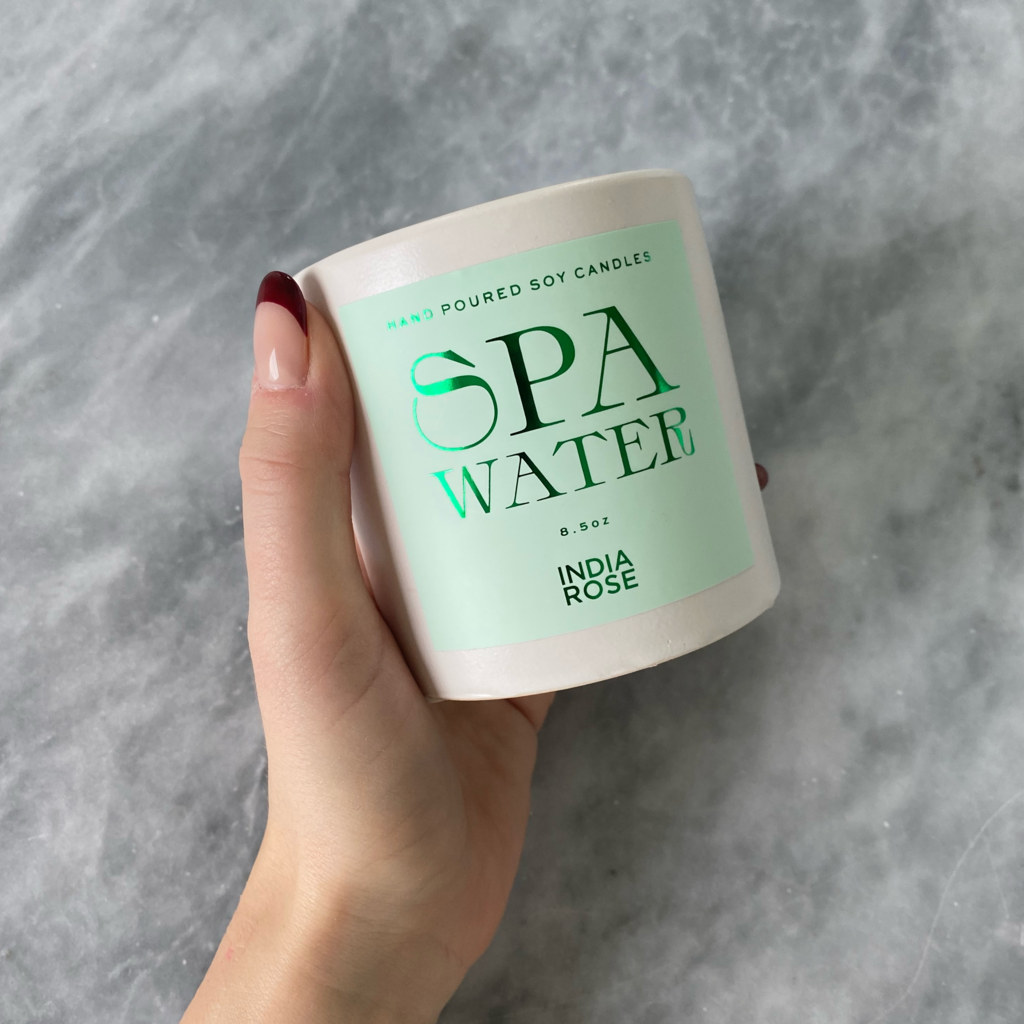 The “Spa Water” candle by India Rose Cosmeticary was a Mala collaboration. (Melody Lim/Mala the Brand)

“We started with wood wicks — they’re kind of our thing, that’s what customers come to us for,” she says, noting that they’re also FSC approved. That means the wood sourced meets the highest environmental and social standards.

“They generally last longer than traditional cotton wick as they burn at a lower temperature. They create a crackle sound like a fireplace, which is unique,” she says.

Since launching Mala, Lim has also opted to have a tree planted for each purchase made. So far, the company has planted almost 20,000 trees via Tree Era and Trees for the Future. 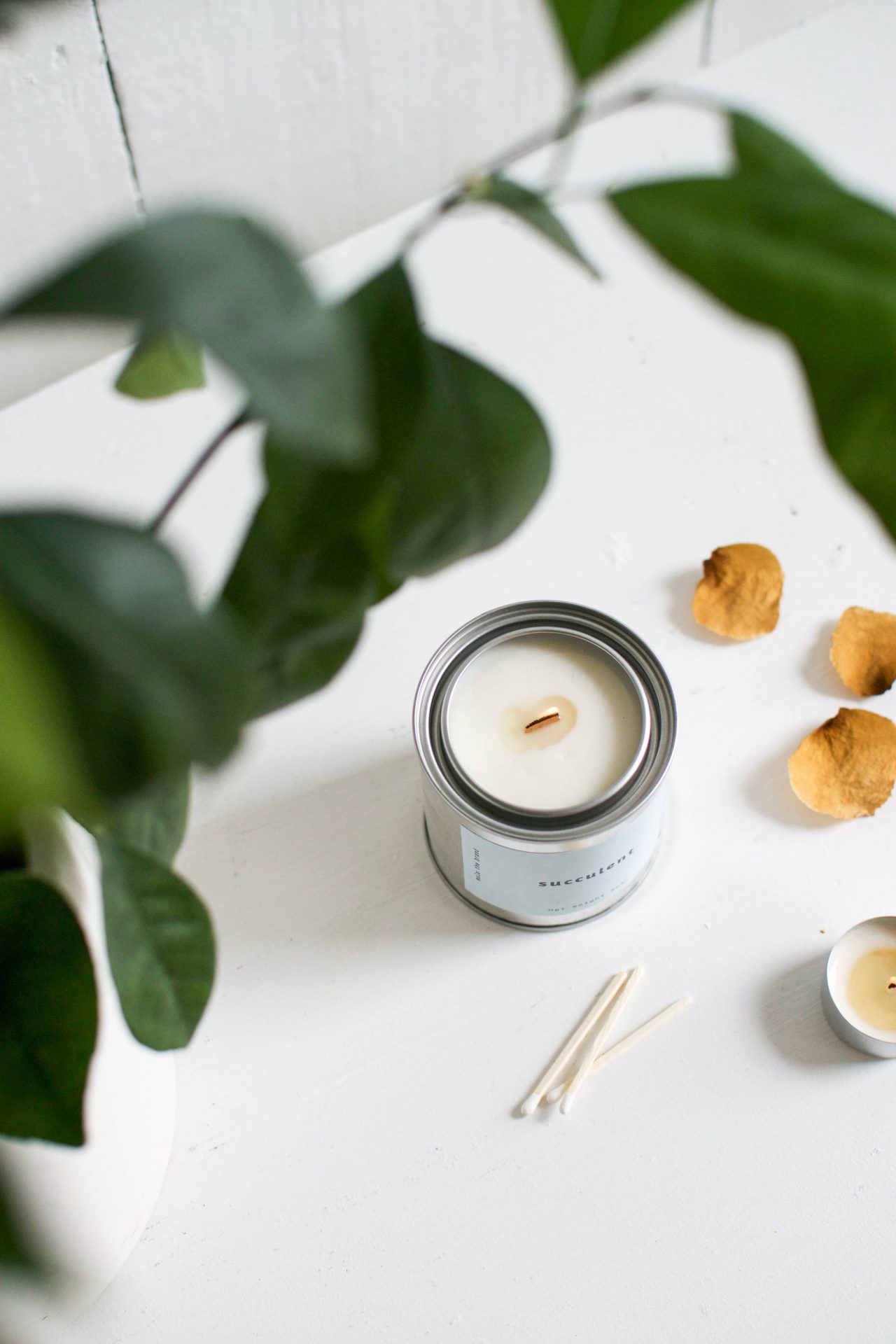 “It was really important for me to give back to the environment,” she explains. “When I did more research about how I wanted to give back — I felt like tree planting was more tangible than donating money….[trees] clean our air and help eliminate harmful elements from the Earth.”

Lim’s business growth allowed her to move into her first warehouse just a month ago and hire a full-time candle maker. “It wasn’t part of our plan so early on,” she says, referencing the orders from the larger retailers. “But I couldn’t say no, we went with it. It’s going well. We are launching in 75 Indigo stores in coming weeks — and Nordstrom in the US and Toronto.”

A post shared by Mala the Brand | Soy Candles (@malathebrand)

Instagram has been a major sales driver for Lim, but 2021 has been all about wholesale. “That means continuing with more major retailers, which is something we’re trying to do this year with Urban Outfitters and Anthropologie,” she teases. “This year, I want to focus on our line and hit pause on collaborations…but I would love to expand into a ceramic line,” she adds.

Lim likens Mala to the ultra-popular cosmetics line Glossier — but for candles. “I want Mala to be that go-to, eco-friendly brand for candles,” she says.

As for future goals, a storefront and perfume line are both on Lim’s mind. “I could see myself opening a concept store for candles… That would be amazing if we were able to open a storefront with the warehouse in the back and have people come in,” she ponders. “I could also see myself doing perfume. People often tell me they love our scents, and they would love to wear it.”