Unvaccinated people are currently the driving force behind COVID-19 transmission in the province. This is according to recent data from the British Columbia Centre for Disease Control (BCCDC).

While the province continues to keep case counts low, the Delta variant, which has raised concern across the globe and has been a big part of the recent resurgence in the United States, is also present in BC, but not in the majority.

People without a single dose made up 76% of COVID-19 cases in the province last month.

The BCCDC also notes that the case count among the fully unvaccinated were mostly members of younger age groups, specifically 20 to 29 and 30 to 39 years of age. 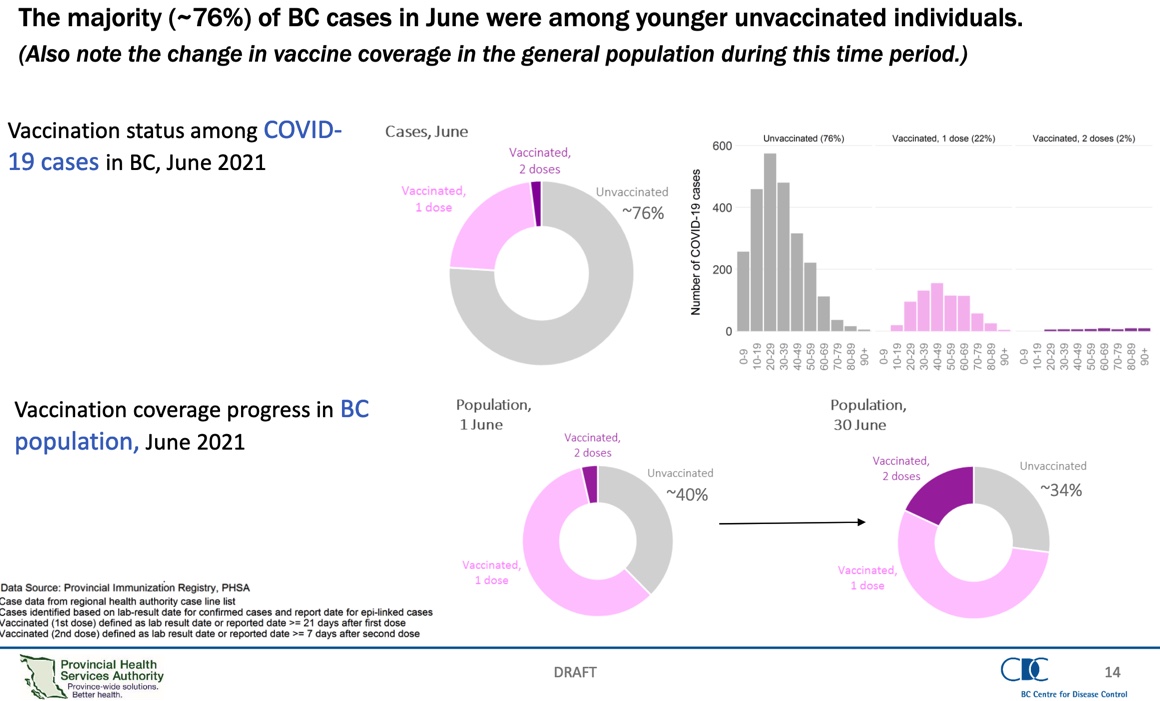 The BCCDC also notes that the province’s vaccination rate is almost in line with the Canadian average. Canada has one of the highest rates of first-dose vaccinations globally.

In terms of the variants of concern (VOC), the Gamma variant is currently the most dominant (55%), followed by the Alpha variant (35%). The Delta variant is the lowest VOC present, in only 11% of cases between June 27 and July 3.