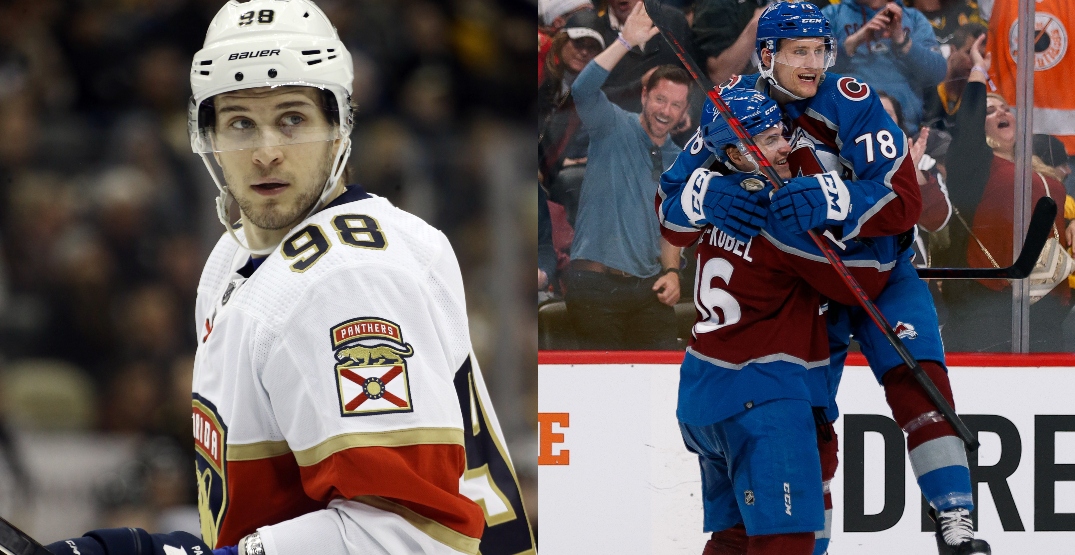 When a new management team takes over an organization, big changes are usually expected.

While that could still be the case with Patrik Allvin, Jim Rutherford, and the Vancouver Canucks, their salary cap picture paints a different story.

If the Canucks don’t make any major moves and decide to simply re-sign their restricted free agents, they’ll only have around $5 million in wiggle room to add additional players.

While we recently touched on a few players the Canucks could target if they’re looking to make a bigger splash, this is a list of players who shouldn’t cost too much for Allvin and Rutherford to sign.

If the Canucks are looking to add sandpaper, Zach Sanford fits the bill.

The 6-foot-4, 207-pound winger is a physical, fourth-line presence who can chip in some occasional offence. He’s coming off a one-year deal that paid him $2 million.

Heading into his first offseason as an unrestricted free agent, Chris Tierney picked a bad time to have a career-worst offensive season.

That could make this the right time for the Canucks, or another team, to take a chance on the 27-year-old.

Despite his low offensive output, Tierney still made his linemates better in 2021-22. His six-most frequent linemates last season (including Sanford and former Canuck Adam Gaudette) all posted a better Corsi-for percentage with Tierney, compared to their possession metrics without him.

Tierney also provides value on the penalty kill and in the faceoff circle.

Mattias Janmark is entering the offseason coming off of his fifth-straight one-year deal.

Based on his play, the 29-year-old Swede probably deserves a little better.

Janmark isn’t flashy, but he’s a solid bottom-six player who can provide some offence.

In an era where are enforcers are no more, Nicolas Deslauriers has managed to carve out a niche as one of the toughest players in the league.

Because of that, he’ll likely be coveted on the open market. However, with the Canucks evidently lacking toughness, he’d be a decent fit if the money is right.

The most successful teams in free agency are often the ones that target players who were under-utilized by their former team.

One player who fits that mold is Maxim Mamin.

The 27-year-old played at a 14-goal, 28-point pace despite averaging fourth-line minutes for the stacked Florida Panthers.

However, with the Panthers facing an impending cap crunch, he’s exactly the kind of cheap player they should look at bringing back.

Nico Sturm is a big, sturdy fourth-line centre. The 27-year-old plays a responsible, 200-foot game, and he’s solid in the faceoff circle.

Sturm is limited offensively, which puts a cap on his next potential contract.

Colorado could look to bring him back if some of their other UFAs like Nazem Kadri, Valeri Nichushkin, or Andre Burakovsky decide to walk.

Rumours already suggest that the Canucks could look to add Curtis Lazar this offseason.

After failing to live up to his lofty draft status, the Salmon Arm, BC native has carved out a niche as a physical fourth-line centre.

There should be a number of teams who acquire about Johan Larsson during free agency.

The 29-year-old spent most of his career toiling with the Buffalo Sabres and Arizona Coyotes before being acquired by the Washington Capitals at this year’s deadline.

Larsson is a speedy and defensively responsible forward who posted a career-high 21 points this season in just 43 games.

Oilers were rumoured to be looking into Johan Larsson at the TDL. Could be a very very good 4C next year. pic.twitter.com/ikiiXT5foB

An undrafted Czech defenceman, Jan Rutta didn’t make his NHL debut until the age of 27. That’s why it’s hard to believe that he’s going to be 32 this offseason.

After acting as a depth defenceman for Tampa during the last couple of seasons, Rutta became a top-six mainstay this year, playing 76 regular season games. However, his ice time has dropped from over 16 minutes in the regular season to around 13 minutes during the playoffs.

Brett Kulak increased his stock during the Edmonton Oilers’ playoff run. The 28-year-old, who was acquired for a third-round draft pick at the deadline, was one of Edmonton’s most consistent defencemen.

The Edmonton native could likely opt to re-sign with his hometown team. If he doesn’t, the Canucks, and many other teams, should be interested in acquiring the reliable defender.

Brett Kulak's contract projection is $2.9M per year for 3 seasons via @EvolvingHockey. To be honest, if he would accept that, we'd sign him every day, every night. Kulak is very good defensively, legit TOP4 defenseman in our eyes. pic.twitter.com/qDHxctZHPS

Acquired by the Maple Leafs prior to the trade deadline, Ilya Lyubushkin is a solid, physical, unspectacular defensive defenceman.

He threw his weight around in the playoffs, with his 28 hits in the postseason — second-most on the Leafs.