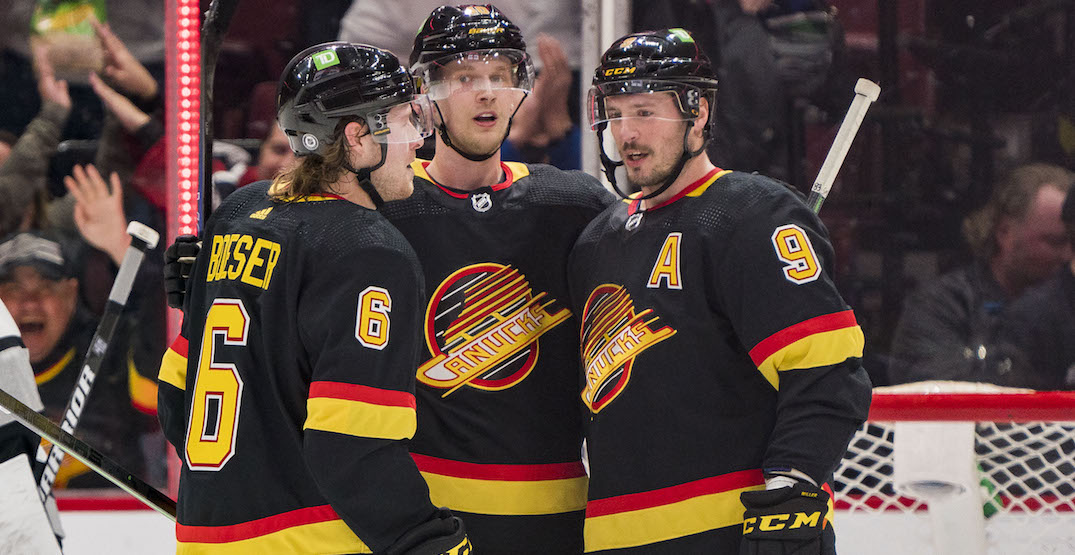 The Vancouver Canucks president of hockey operations has been brutally honest assessing his team since the season ended.

That continued on Monday in a conversation with Frank Seravalli and Jason Gregor on the DFO Rundown, as Rutherford outlined some specific things his team is looking to add this offseason.

Rutherford reiterated that the Canucks relied on spectacular goaltending from Thatcher Demko on too many nights, and spoke about the need for more structure in the play in front of him. The Hall of Fame executive also spoke about the need to shed salary and get younger, while admitting that his team needs more “sandpaper.”

“We have a real good understanding now with where we’re at with the Vancouver Canucks. It’s what I said from the start. We have to unravel some of these contracts here, to get more cap space, to try to make some changes going forward. We still have some work to do on that,” Rutherford said, having now been with the organization for over five months.

“We have a pretty good handle at what we’d like to do.”

It’s becoming clear that if Rutherford has his way, the Canucks will look drastically different next season. If he’s not completely satisfied with how Bruce Boudreau coached, openly calling out the team’s structure, what must he think about the roster construction?

When asked if his team had enough “sandpaper guys,” Rutherford agreed they don’t, particularly for a Western Conference team, where he says a bigger team is required.

“We don’t have enough sandpaper,” said Rutherford. “It’s a different game in the West. We have to get some guys — not a lot of guys — but a few guys that are a little bit heavier, to play with some sandpaper.”

The Canucks are far from a big and tough team. Despite employing the second-tallest player in the NHL in 6-foot-8 defenceman Tyler Myers, the Canucks were one of the shortest and lightest teams in the league.

Luke Schenn, who GM Patrik Allvin spoke glowingly about after the trade deadline, is someone that qualifies as a “sandpaper guy.” After that? Kyle Burroughs plays a rugged game, but ideally he’s a spare defenceman. Jason Dickinson was third among Canucks players (minimum 40 games) in hits per 60 minutes, which illustrates the lack of grit Vancouver’s lineup has.

Rutherford said he’d like to get more depth and balance, saying in a response to a question about Elias Pettersson that more consistent linemates would help him.

But in order to do that, the Canucks need to clear cap space, so that they can be part of the “offseason game” Rutherford said.

Not only did Rutherford express his team’s desire to get younger, he outlined two specific positions where that’s of utmost importance.

In particular, Rutherford would like to add a young right-shot defenceman and centre to the organization.

Right-shot blueliner Jett Woo was playing as a winger down the stretch in Abbotsford, while centre Adam Gaudette was traded last season. The Canucks have had few draft picks in the last two seasons, picking up just one player in the first 100 selections in 2020 and 2021 respectively.

There’s not much help coming.

“I think not just for next season, but in the long run, we don’t have really any young right-shot defencemen. We don’t have any young centre icemen coming. Those will be some of the things that we’ll focus on here, whether we can do it this offseason here or if takes another year or two. That’s one priority we have,” said Rutherford.

“We have to put together a team for next year where we have more balance and more depth. More balance throughout our forwards, throughout our defence pairings so the minutes can be shared a bit better, and give these guys a better chance to perform at a hundred per cent every game.”