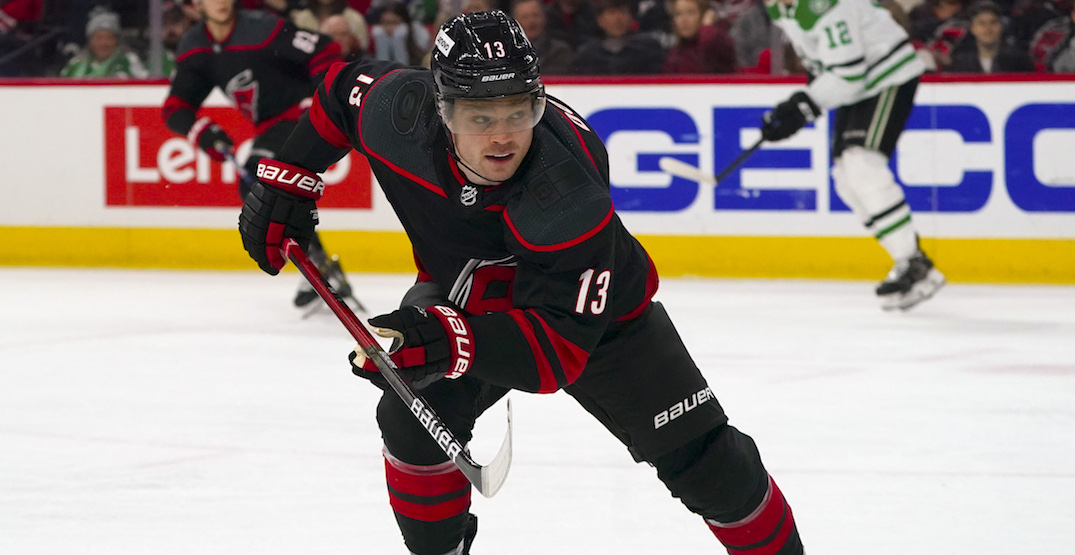 The Vancouver Canucks’ cap situation might not be dire, but it isn’t ideal.

Heading into the 2022-23 season, the Canucks have $15.6 million in cap space with 17 players signed, according to CapFriendly.

If Vancouver were to do nothing except re-sign their current RFAs (Brock Boeser, Matthew Highmore, Juho Lammikko, Will Lockwood, and Jack Rathbone), they’d have approximately $5 million in cap space. 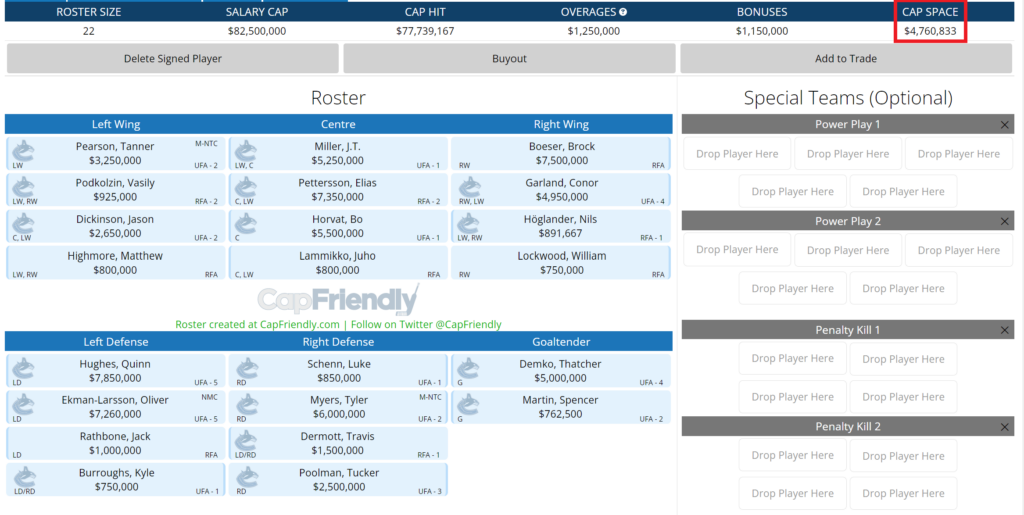 Solely bringing back RFAs without making any cap-clearing moves would leave the Canucks out of the running for the biggest name free agents, like Kris Letang.

Because clearly oodles of cap space is a monumental task in today’s NHL, this list will instead focus on players in that second-tier (around the $4M to $5M range) that make sense for the Canucks to target in free agency.

Here’s a look at seven impact players that could be a fit in Vancouver.

Valeri Nichushkin has completely reinvented himself with the Colorado Avalanche after being bought out by the Dallas Stars in 2019.

The 6-foot-4, 210-pound winger is arguably one of the best two-way forwards in the game right now. And, in a contract year, he just set career highs with 25 goals and 52 points.

Nichushkin breakaway to 🧊 the game! pic.twitter.com/7lmBbgSBy9

You can bet the Canucks would love to add Nichushkin to their top-six alongside Vasily Podkolzin for the next handful of seasons.

He is arguably the only player on this list who could safely command more than $5 million per season, so the Canucks would have to perform some light cap gymnastics if they want to add him to the roster.

Not only was Domi drafted shortly after Horvat, but he was teammates with the Canucks captain in junior with the London Knights.

Domi’s ice time and offensive production have slipped, but he still managed to score at a 44-point pace this season despite averaging only 13 minutes per night.

The Canucks could really use another top-nine left-winger, and Domi is an intriguing fit. Plus, you’d have to imagine that a reunion with Horvat would motivate the Winnipeg native.

He hit another gear with the Rangers, posting 31 points in 34 combined regular season and playoff games for New York.

Although he’s a bit of a late-bloomer, Copp can pretty much do it all. Much like J.T. Miller, Copp hits, puts up points, kills penalties, wins faceoffs, and frustrates the opposition.

Speaking of late bloomers, Mason Marchment came out of nowhere this season to post nearly a point-per-game with the Florida Panthers.

Marchment was one the league’s most prolific scorers at even-strength, registering 3.42 points-per-60. That trailed only Johnny Gaudreau and Mitch Marner among players who skated at least 500 minutes at 5-on-5.

There’s certainly risk here based on the small sample size. On the flip side, Marchment’s contract may be lower than some other established free agents, meaning that he could continue to be a bargain player if he keeps up this pace of production.

Like Copp, Frank Vatrano was another player who fit in seamlessly with the New York Rangers during their run to the Conference Finals.

After bouncing around Florida’s lineup for most of the 2021-22 season, Vatrano found a home on the Rangers’ top line with Mika Zibanejad and Chris Kreider.

What Vatrano does best is score goals. The 28-year-old has averaged just under one goal per 60 at even strength since the beginning of 2019-20.

Teams who miss out on the Nichushkin sweepstakes will likely zero in on Russian winger Ilya Mikheyev.

Not only did the 27-year-old score at a 32-goal pace this past season, but he was one of Toronto’s key defensive forwards as well, and one who played a major role on their penalty kill. Mikheyev is also one of the fastest skaters in the NHL today.

He’s not one of the most well-known players available, but Mikheyev could fetch a multi-year deal in the neighbourhood of $4M to $5M per season.

The lone defenceman on this list, Josh Manson will be highly coveted in the offseason. The 30-year-old is a physical, right-shot defensive defenceman, who’s boosted his stock during Colorado’s playoff run.

There should be a bit of buyer beware here though. Based on his expected goals differential, Manson isn’t as stout defensively as he was for the Anaheim Ducks from 2014 to 2018. Still, he would likely improve the Canucks defence, and could give them a pretty imposing right-side along with Tyler Myers and Luke Schenn.