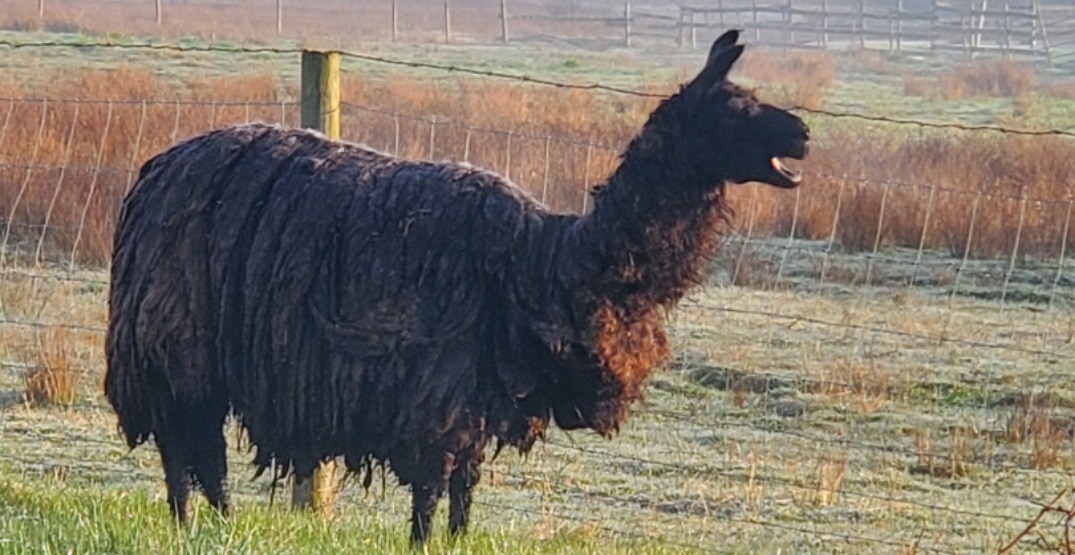 A runaway llama was spotted on the side of Highway 99 in Surrey last week, roaming freely until cops had to lure it home with sugar cubes.

It escaped bright and early, around 7 am on March 24, and was wandering near 8th Avenue when Surrey police got a call about an “escaped alpaca.”

“Surrey RCMP attended, located the animal, which was actually a llama, and contacted the owner,” police told Daily Hive in an email.

At first, they tried to lead it back without bribing it, but it was like, “Nah, llama pass.”

Officers were worried it would get hit by a car if it stayed, so one kept the animal company while the other went looking for its owners. Once they were all together, they got the llama back where it belonged.

“The llama was returned to its field and a gap in the fence where they believed the llama escaped from was repaired,” police said. 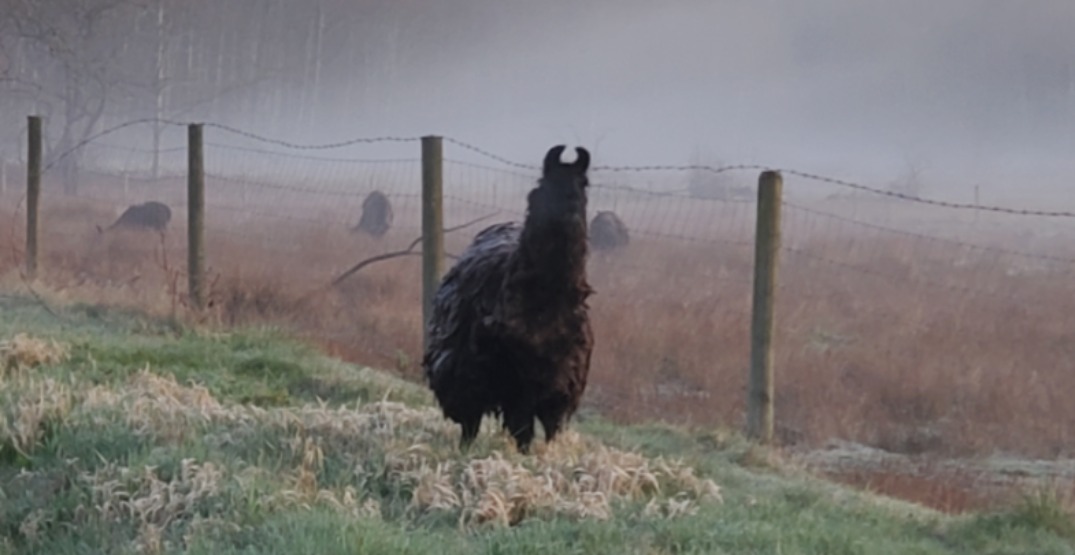 They also tweeted that “the llama was cooperative and did not spit or otherwise assault the officers in any way!”

Thanks to all who expressed concern for the llama on the loose this morning at highway 99 and 8 Ave, who is now home safe. Update from the officer on scene, the llama was cooperative and did not spit or otherwise assault the officers in any way! pic.twitter.com/l4ry4FnZZ2

It’s not even the first time a llama’s been on the loose in Surrey.

In mid-January, Surrey RCMP said one “attempting to flee from police on 168 street [was returned] home safe and sound after some negotiation.”

Llama on the loose attempting to flee from police on 168 street, now home safe & sound after some negotiation.

Vanessa Munn, Media Relations Officer with the Surrey RCMP, told Daily Hive Vancouver in an interview that the owner brought the sugar cubes with them to help out.

“Llamas can be a little bit unpredictable as well … so the owners instructed the police officers to make sure they didn’t get too close to the animal,” she said.

“And obviously they didn’t want to startle it so they sort of took their time.”

Finally, once their furry friend was safe and sound, they left him alone.