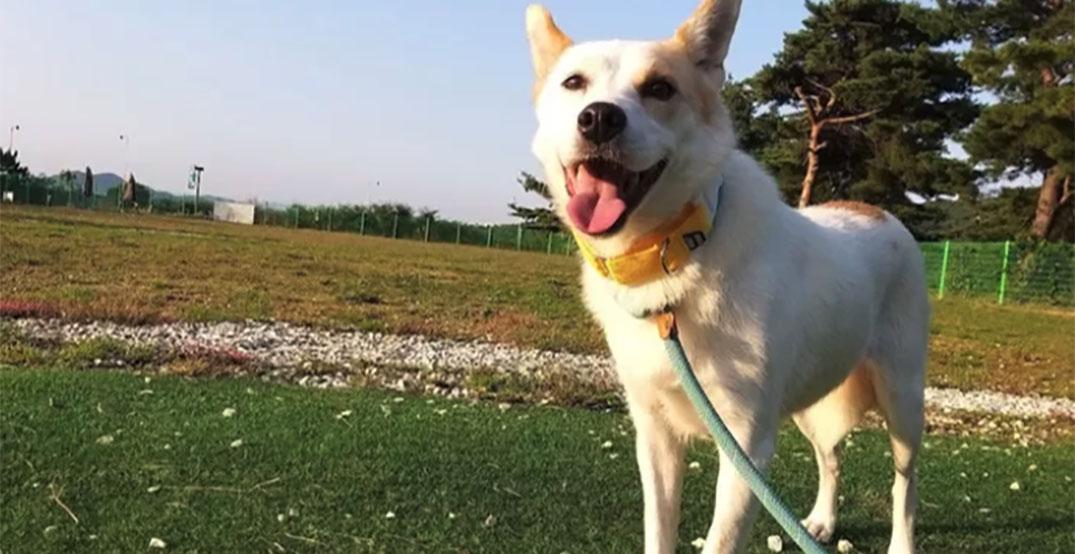 A rescue dog that rose to internet fame after being featured on a Korean TV show has been found and brought back to her BC owners after running away in November.

Milla was found on January 2 by a professional dog trapper who lured the timid pup into a crate after she’d been roaming the streets of Kelowna.

“Milla is back at home safe. Thank you so much for all of your support and for not giving up on her. We are all decompressing for the moment, but she is safe,” owner Kyle Dyck posted in an update to the dog’s GoFundMe page on January 2.

The owners organized the fundraiser to cover the cost of the professional pet tracker to help bring the dog home after she escaped on November 28.

Milla first rose to notoriety because Korean SBS TV filmed a show about her living on a deserted island with no other dogs or people. In an episode posted to YouTube, Milla runs across the mudflats at low tide to retrieve a bag of garbage for a meal from a nearby town.

A rescue crew tries to trap her, but it takes a few tries because the clever dog is able to enter and exit the cage without setting off the trap door.

After being trapped in Korea, Milla was flown to Canada, where she was adopted by her new owners.

Dyck turned to a professional dog trapper because he knew Milla was extra wary since she had already been trapped once in Korea — and he knew surviving as a street dog in the Kelowna winter would be difficult for the pup.

More than $1,300 was raised to help fund the cost of finding Milla, and the pup is now back with her owner.