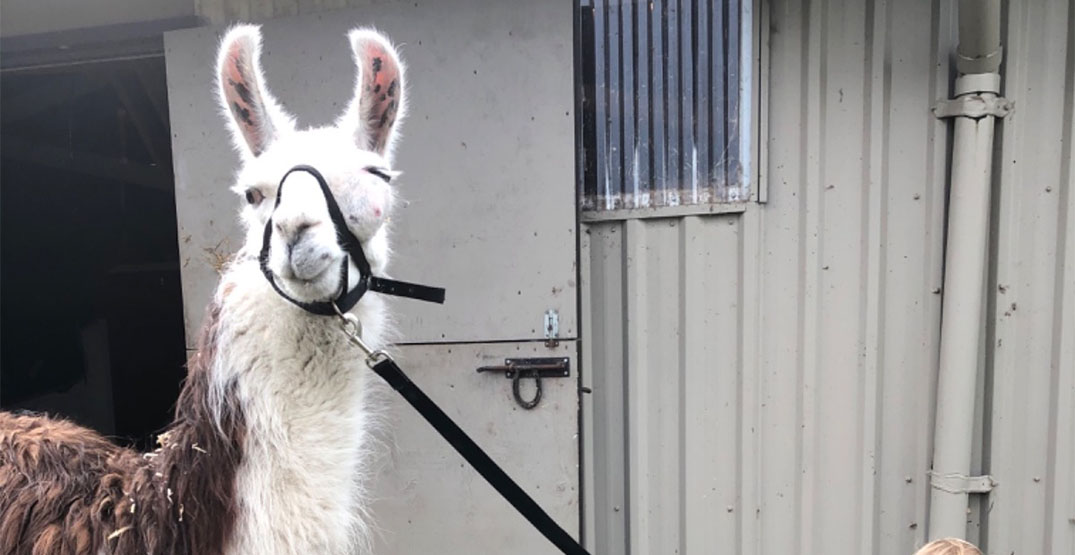 The owners of a farm in Aldergrove, BC are fundraising to save a neglected Llama who needs surgery to get rid of a painful tooth abscess.

Daisy the 15-year-old llama was living in a field with overgrown grass where people were burning trash. She has a tooth abscess which has grown so much it’s obscuring her eye and broke some of the bones in her face.

“The pressure and pain that Daisy must be feeling is heart-wrenching,” her GoFundMe description reads. “No animal should be in a state of such despair as a result of neglect.”

The fundraiser is organized by Aldergrove’s Kensington Prairie Farm, whose owner Catherine Simpson received a call from the BC SPCA asking if she could pick up Daisy on November 8.

Simpson brought Daisy back to her farm, where she’s now living with Simpson’s other animals including several alpacas. She’s on antibiotics and painkillers, but will need surgery to repair the damage done to her face.

Simpson is trying to raise $3,000 to pay for Daisy’s medical treatment, of which $1,000 has already been gathered.

“Daisy’s road to recovery is going to be a long one, but we are dedicated to helping her,” her GoFundMe says.