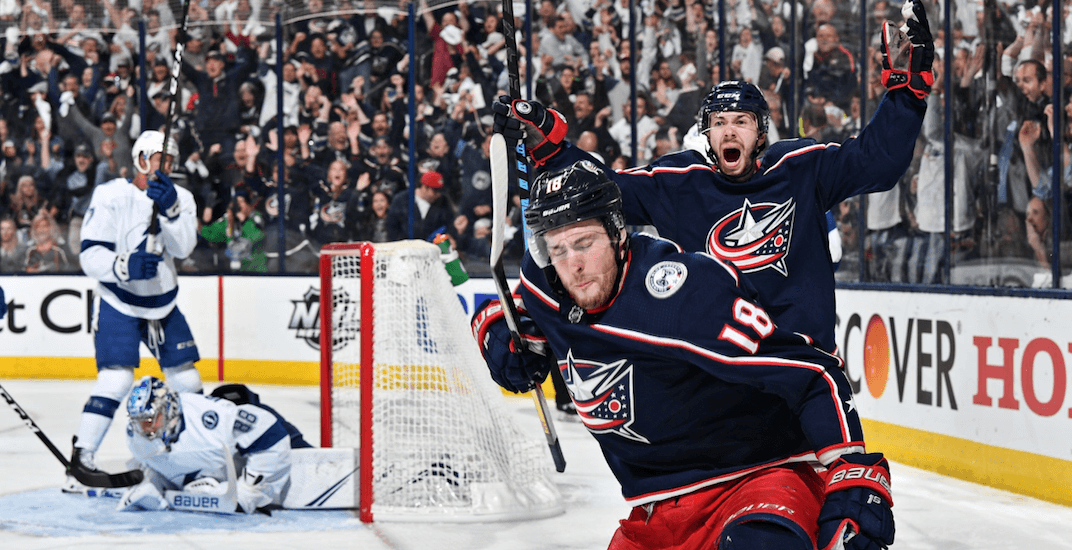 It was one of the most shocking upsets in Stanley Cup playoff history.

The Tampa Bay Lightning, the class of the NHL all season, didn’t just get eliminated on Tuesday night. They got embarrassed.

Their 128-point season was not only the best in the league by a wide margin (21 points better than the next closest team), it was one of the highest single-season point totals in NHL history. Only the 1995-96 Detroit Red Wings and a pair of Montreal Canadiens dynasty teams from the 1970s (1976-77 and 1977-78) had ever compiled more points.

No team in NHL history had ever won more games (62) than Tampa Bay did this season.

They scored the most goals (319) and had the best goal differential (+103). They had the league’s best power play and penalty kill.

They were loaded up front, on defence, and in goal. They had youth on their side, but also had plenty of playoff experience.

Meanwhile, the Columbus Blue Jackets — who are a good team in their own right — came into the postseason with a number of question marks. The Blue Jackets were the last team to qualify for the playoffs.

In short, the Lightning were as sure a bet to win in the first round as you can get.

The Tampa Bay Lightning are the first team in NHL history to win the Presidents' Trophy and get swept in the first round of a best-of-seven playoff series. pic.twitter.com/IzCLChTu4U

So when the Blue Jackets completed a highly improbable four-game sweep on Tuesday, there wasn’t much to say.

Whether it was due to injuries to key defencemen in Victor Hedman and Anton Stralman, or rallying cries by Columbus head coach John Tortorella, it didn’t matter. Surely, Tampa should have won at least a game.

With the wound still fresh, the Lightning sent this message to their fans:

We don’t have any words and we know you don’t want to hear them.

We understand your anger, your frustration, your sadness. Everything you’re feeling – we get it.

This isn’t the ending we imagined, and certainly not the one we wanted. Thank you for being there the entire way.

What else could they say?

While winning the Presidents’ Trophy as the league’s best regular season team doesn’t guarantee a Stanley Cup — only two teams have won both trophies in the same year since 2006 — it usually guarantees being eliminated with more dignity.

The 2011-12 Vancouver Canucks were the last Presidents’ Trophy team to be eliminated in the first round, losing in five games to the eventual Stanley Cup winning Los Angeles Kings. That Canucks team was not a runaway Presidents’ Trophy winner though, topping the league with just 111 points – the fewest required to win the award in a non-lockout shortened season since the implementation of the shootout.

Since the award was first introduced in 1985, the Presidents’ Trophy winner has been eliminated in the first round of the playoffs on seven occasions:

On the other side of the coin, you have to feel good for the Blue Jackets, who won their first playoff series in team history since entering the league in 2000.