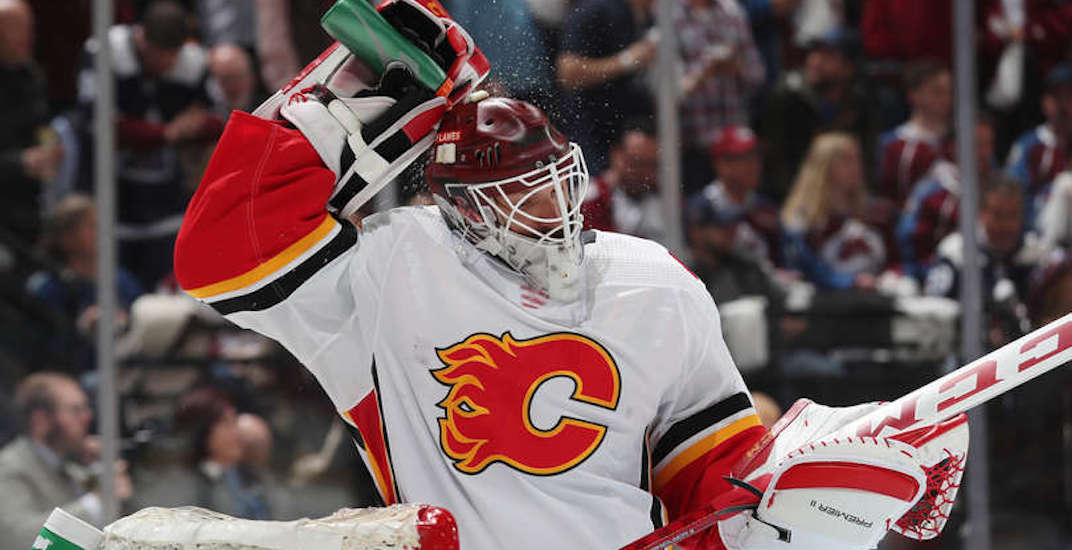 The Calgary Flames left much to be desired from their performance in Game 3 as they fell to the Colorado Avalanche 6-2 on Monday.

This series has turned fast. Calgary was just three minutes away from taking a 2-0 series lead in Game 2. Now, the Flames find themselves down 2-1 in the series with momentum squarely in Colorado’s corner.

The Avalanche commanded play right from the start of Game 3, leading 3-0 after the first period, and never looked back to go on to take a 2-1 series lead.

Nathan MacKinnon led the way for the Avs with three points – scoring the first two goals of the game and assisting on newly signed rookie Cale Makar’s first NHL goal.

Only one defenseman in NHL history has made their debut in the #StanleyCup Playoffs and scored… it's @Cmakar16. #NHLFirsts

The Calgary-born Makar, who won the Hobey Baker Award just 72 hours earlier, becomes the first defenceman in NHL history to make his debut during the playoffs and score.

The Avalanche’s top line was firing on all cylinders as Mikko Rantanen also potted his first career playoff goal in impressive fashion.

Mikko on the board is always a good sign for the @Avalanche. #StanleyCup

One bright spot for the Flames continues to be Sam Bennett – and his moustache – as he managed to find the back of the net for his fourth point of the playoffs.

Mike Smith, who has played well so far this series, was back between the pipes for Calgary and didn’t get much help from his teammates – facing a total of 56 shots in the stomping.

With the game seemingly already decided early on in the third period, frustration started to kick in as three Flames received 10-minute misconducts (Bennett, Matthew Tkachuk, and Garnet Hathaway).

Another point of concern for Calgary fans is the lack of productivity from regular season star Johnny Gaudreau, who has only managed one assist so far in the series.

Game 4 will take place on Wednesday in Denver and the top-seeded Flames will have to majorly refocus if they want to avoid digging themselves into an even bigger first-round hole.

“It’s an opportunity to look in the mirror and see what we’re all about,” Flames head coach Bill Peters told reporters after the game. “We’ll find out a lot about ourselves moving forward.”