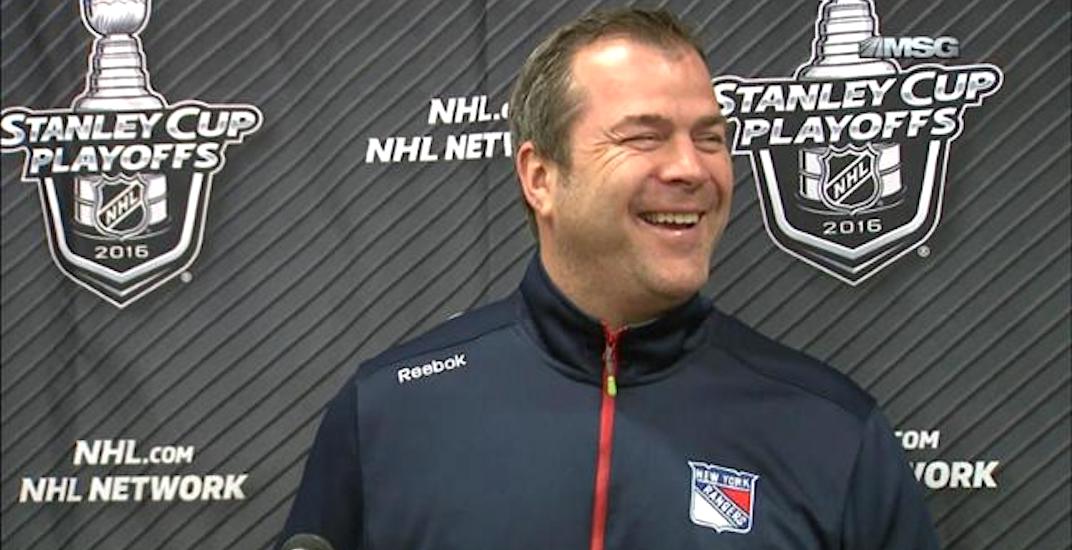 After a one-year hiatus, Alain Vigneault is back in the NHL.

The Philadelphia Flyers announced the hiring of Vigneault to become the 21st head coach in franchise history on Monday, signing him to a reported five-year, $25 million contract.

BREAKING: The #Flyers have named Alain Vigneault as the 21st head coach in franchise history! https://t.co/FDSifRzyG7

“We are extremely excited to have Alain join this franchise and lead our team behind the bench for many years to come,” said Flyers GM Chuck Fletcher in a media release. “He brings a tremendous amount of success over an extended period of time that will prove valuable to our team to take the next steps in returning the winning culture to the Philadelphia Flyers organization.”

Vigneault is the most successful head coach in Vancouver Canucks history, leading the team to six Northwest Division titles, two Presidents’ Trophies, and an appearance in the 2011 Stanley Cup Final. Here’s how he ranks in Canucks franchise history: 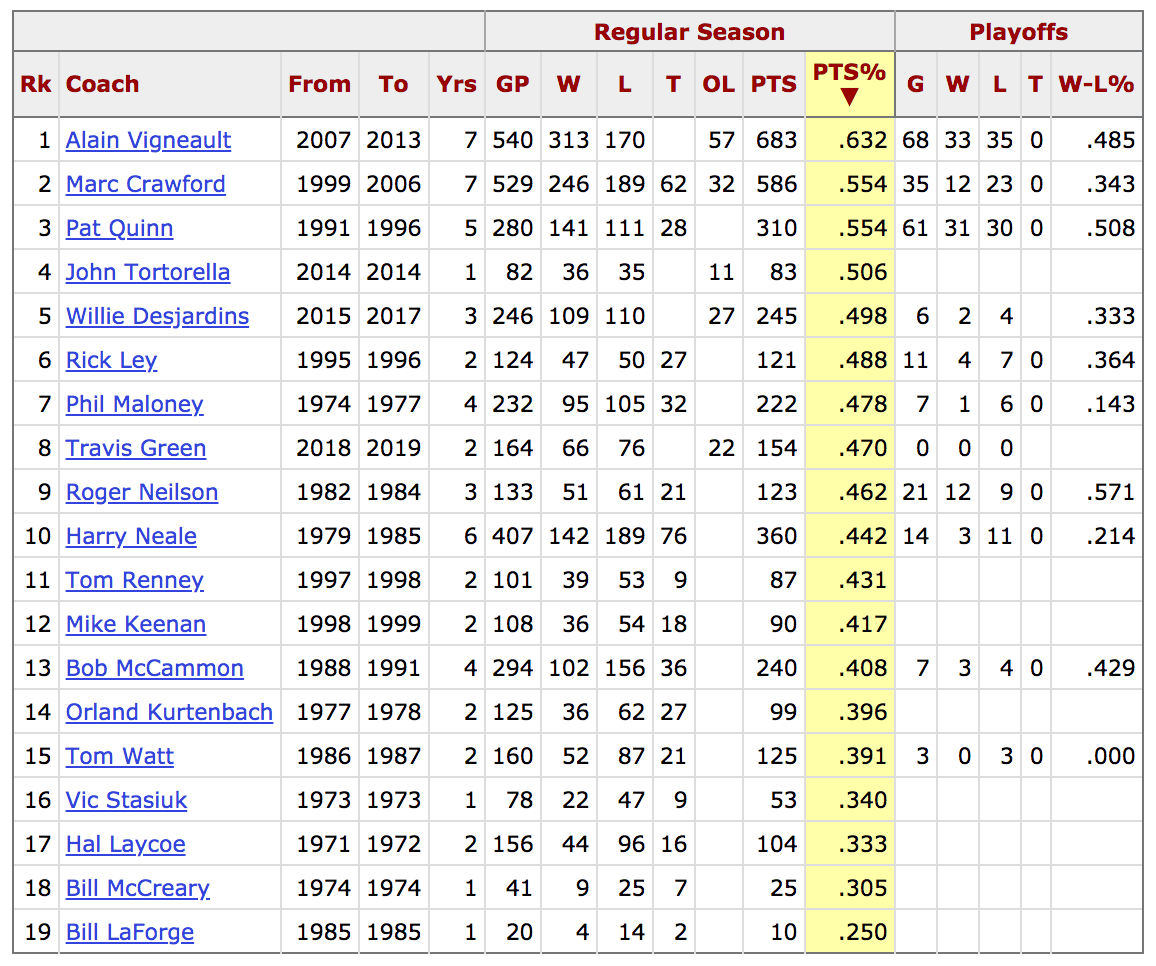 “It is an honour to be selected as the next head coach of the Flyers,” said Vigneault. “The history they have established and the passionate fan base has made this a first-class franchise. I am excited to work with Chuck, the talented group of players and prospects coming up through the system, in order to return Philadelphia to the top of the NHL landscape.”

The well-respected bench boss takes over from Scott Gordon, who was serving as Flyers head coach in an interim capacity after Dave Hakstol was fired in December.

Vigneault’s next order of business will be to serve behind the bench for Team Canada at the 2019 IIHF World Championship in Slovakia.