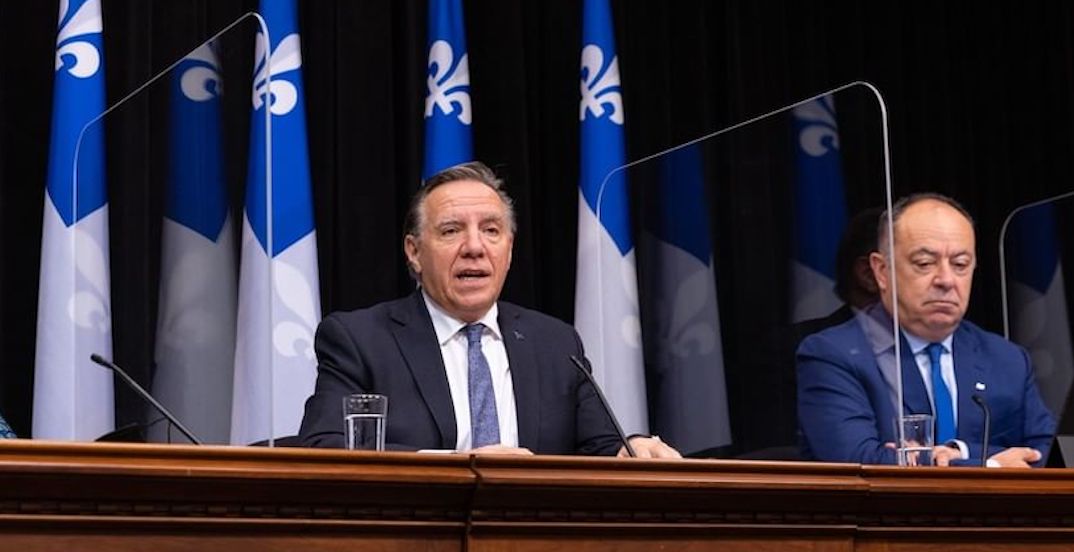 Earlier this week, Quebec made headlines by announcing its unprecedented initiative to charge adults not vaccinated against COVID-19 a fee.

Premier François Legault says adults who refuse to get their first dose of the COVID-19 vaccine will be charged a “health contribution.”

He says the exact amount has yet to be decided but noted it would be “substantial.” He says the initiative won’t charge adults who have a valid medical exemption.

The Justice Centre for Constitutional Freedoms (JCCF), a non-partisan, not-for-profit, legal advocacy organization headquartered out of Calgary, says Quebec’s proposed policy is an “egregious violation of the Charter rights of Quebecers.”

The organization says its firm focuses on protecting the constitutional freedoms of Canadians through litigation and education.

In a statement released on Thursday, the JCCF notes that despite having a double vaccination rate of 78.3%, Quebec has implemented “some of the strictest lockdown measures in North America.”

The organization highlighted how Quebec would follow some European nations, like Greece and Italy, who fine unvaccinated individuals over the age of 60 a monthly fee of 100 euros ($144 CDN).

John Carpay, the President of the Justice Centre, says the “unvax tax” is an “affront to equality which Canada was, in times past, known for.”

“This is a blatant attack on a minority of society. Historically, persecution of a minority through taxation has paved the way for further and worse measures,” adds Carpay. “We will fight this discriminatory and unscientific tax in court and defend the right to bodily autonomy of Quebecers and all Canadians. This injustice has no place in Canada.”

The JCCF says the Canadian Charter of Rights and Freedoms “clearly states” that every individual is equal before and under the law and has the right to equal protection and equal benefit of the law without discrimination. The organization says Canadian courts have “repeatedly affirmed” the Charter right to bodily autonomy.

“The announcement of a tax on those who decline the Covid injections, like the ‘vaccine passport,’ is discrimination and wrong. Vaccines do not stop people from contracting or spreading Covid, so there is no medical or scientific justification for the financial persecution and discrimination against vaccine-free citizens,” concluded Carpay.

Alberta Premier Jason Kenney said the initiative is “inhumane and unethical” and that the policy could “ultimately be a kind of indirect discrimination against people who have multiple barriers, including poverty in many cases.”

Prime Minister Justin Trudeau remained tight-lipped about the news, saying there are “a lot more details” that must be tabled before he would make a comment on it.

During a Thursday press conference, Legault said he would table the “health compensation” policy at the National Assembly in early February.