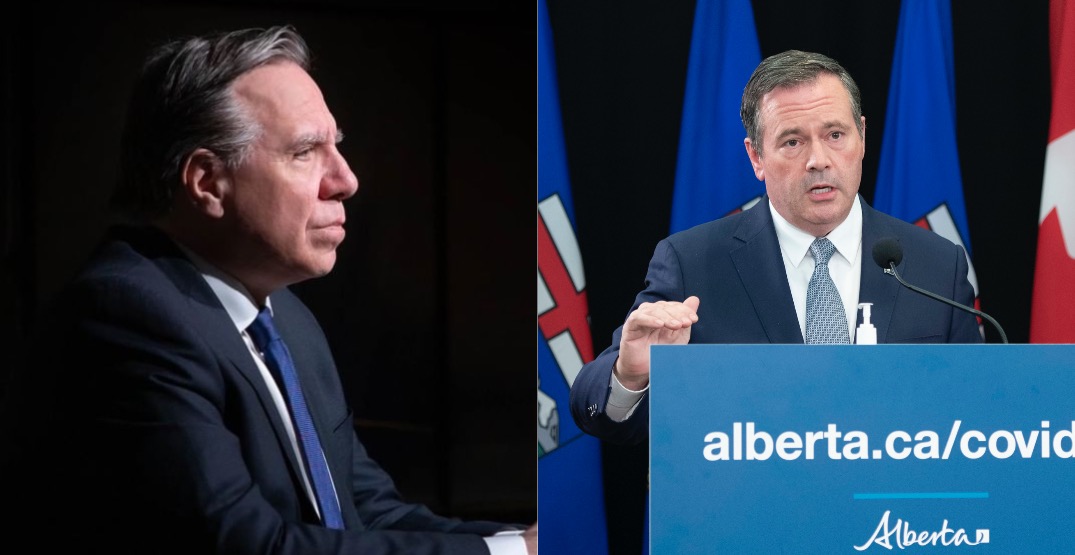 On Tuesday afternoon, Quebec Premier François Legault announced a possible new order that would charge a “health contribution” to adults in the province who refuse to get their first dose of a COVID-19 vaccine.

“The implications of this policy is that low-income unvaccinated people would be denied care, which is, I think, inhumane and unethical and certainly un-Canadian,” said Kenney at a COVID-19 update on Thursday afternoon.

“I think this could ultimately be a kind of indirect discrimination against people who have multiple barriers, including poverty in many cases.”

Kenney added that we, as a society, have a moral obligation not to pick and choose who gets care.

“It makes no sense to me, and if we were going to go down that road, then is it anybody that is overweight, do we put them on a weigh scale and determine, based on their weight, that they have to pay extra to access the healthcare system,“ added Kenney.

“It’s completely wrong, it’s un-Canadian and I hope that the federal and Quebec governments walk this back.”