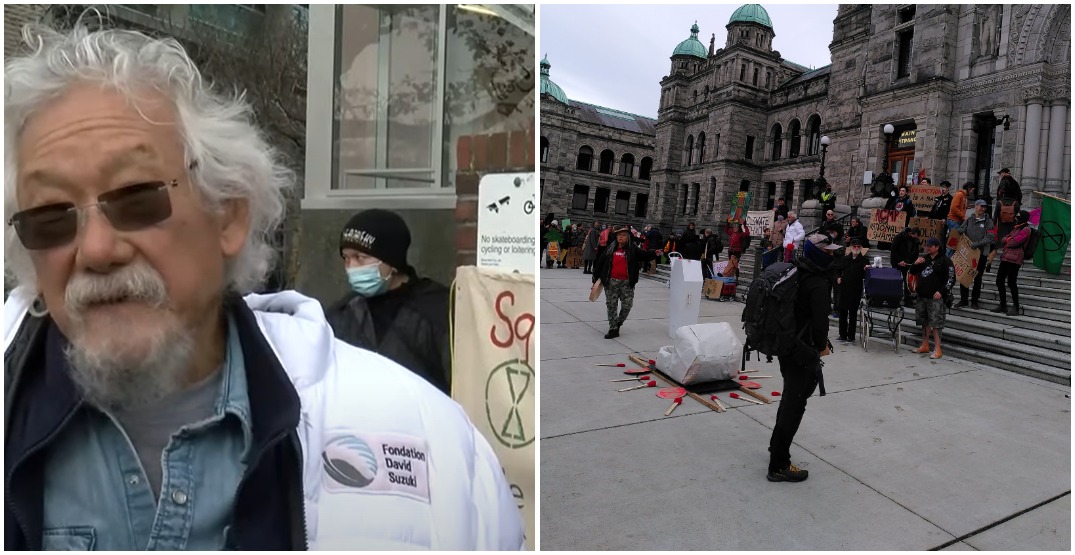 Extinction Rebellion is defending controversial comments from David Suzuki about pipelines being blown up.

A statement from Extinction Rebellion Canada says, “Dr. Suzuki’s words are not controversial, and in fact, we believe that the press is taking part in malicious activity by framing the comments as condoning violence.”

National Action & Strategy Coordinator Zain Haq says, “Not only will pipelines be blown up, but we can be certain that world leaders will be put on trial for treason or worse — be killed.”

“Although Extinction Rebellion activists are nonviolent, we cannot control the actions of those outside of this movement who may commit acts of violence.”

Alberta Premier Jason Kenney has called on David Suzuki to apologize, but Extinction Rebellion says, “the Premier of Alberta needs to be put on trial for treason. Or rather, he will be; it is only a matter of time. The premier is complicit in the mass extermination project known as the climate emergency. He will be first in line to answer for his crimes against the Canadian public. The only “gangster” here is Mr. Kenney, not Dr. Suzuki.”

This incitement to violence by David Suzuki is dangerous, and should be condemned universally.

In Canada we resolve our differences peacefully and democratically, not with threats of terrorism or acts of violence.https://t.co/6qFXmgvOam

Last weekend, Suzuki told a reporter at a rally on Vancouver Island that “there are gonna be pipelines blown up if leaders don’t address climate change.”

Earlier this week, BC’s Deputy Premier, Mike Farnworth, reacted to the comments — calling them “not helpful at all.”