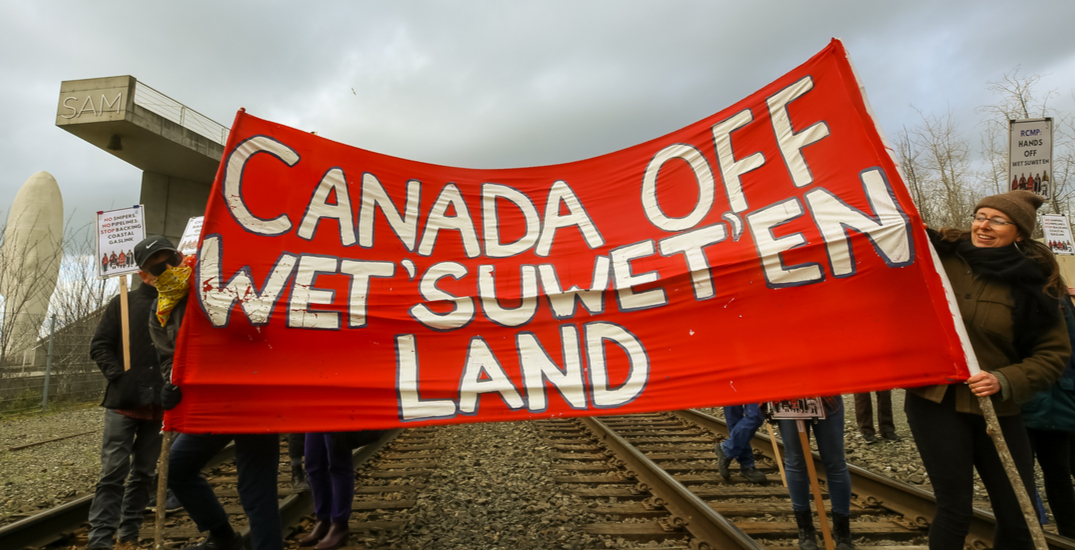 Two journalists have reportedly been held in policy custody for several days after being arrested while reporting on the construction of a natural gas pipeline in British Columbia.

The road, located on Wet’suwet’en territory in northern BC, had been blocked by protestors since November 14.

Police confirmed that two individuals who “later identified themselves as independent journalists” were among those arrested for breaching the injunction. The 15 arrestees were taken to jail and police said they would be held in custody pending a court appearance.

While the RCMP did not release the names of the journalists, the Canadian Association of Journalists (CAJ) has publicly identified the pair as award-winning photojournalist Amber Bracken and documentarian Michael Toledano.

“The RCMP has gone outside the law in its efforts to prevent the press from covering events taking place in the public interest. It is an absolute disgrace,” said Brent Jolly, president of the CAJ.

“On multiple occasions, courts and quasi-judicial bodies have been clear that restrictions on media are unjustified in a free and democratic society. ”

“Whether through open defiance, or downright ignorance, the RCMP continues to act with outright impunity in defying these legal orders. This audacious subversion of Canadian law cannot — and will not — be tolerated.”

Both Bracken and Toledano are known to the RCMP as journalists, the CAJ said. The reason for their arrest was that they had “embedded” with the protestors.

The Narwhal, a BC-based media outlet, said that Bracken was on assignment for them when she was arrested. She had a press pass and formal letter of assignment at the time.

Carol Linnitt, The Narwhal’s executive director, said the outlet was “extremely disturbed” that Bracken was arrested while doing her job. She said that the RCMP plan to keep both Bracken and Toledano in jail until a bail hearing on Monday.

“This militarized police force, and others, continue to arrest journalists despite the fact that doing so is illegal, knowing charges will never stick,” said Jolly.

“They are now openly defying the courts, the law, and operating outside the norms of a democracy. One can only conclude that their sole reason is to keep the public from witnessing their actions.”