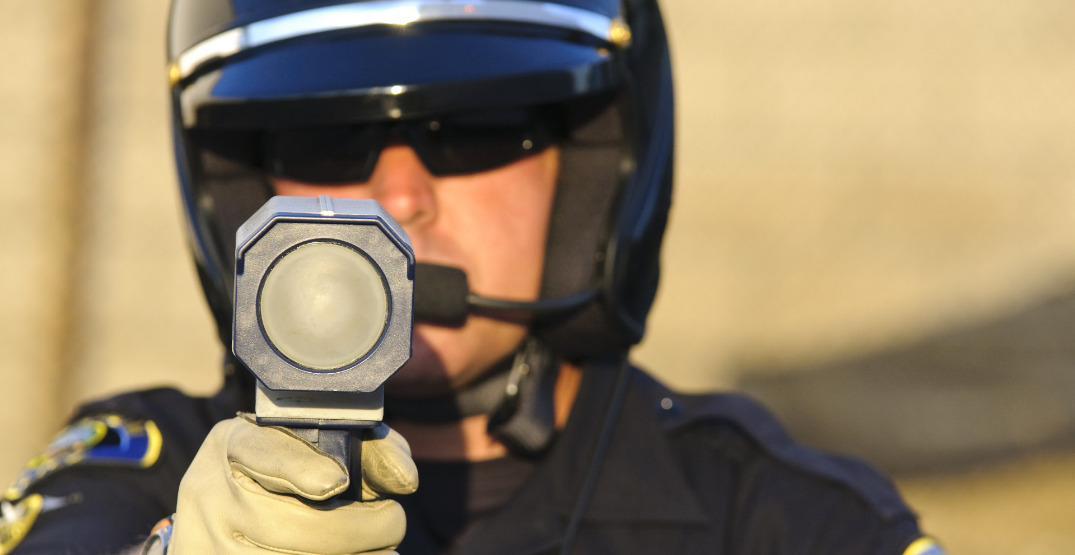 An “L” driver was forced to have his vehicle impounded after Abbotsford Police clocked his vehicle going 141 km/h in a 70 km/h zone in the 2800 block of Sumas Way.

Abbotsford Police told Daily Hive that the event took place on March 28 and involved a 21-year-old operating an SUV.

“The main message we’re trying to get out is that road safety is everyone’s responsibility,” Abbotsford Police said in a statement.

“L” stands for learner, and ICBC has several rules in place when it comes to drivers with learner’s permits.

“Too many young drivers die in preventable crashes every year, devastating families and communities across Canada,” Abbotsford Police said.

According to ICBC, “not following them could mean that you pay a penalty or extend the time you spend in graduated licensing.”

Unfortunately for the driver in question, he did not have a qualified supervisor with him, and his learner’s permit had expired. The driver had his vehicle impounded and was issued $868 in tickets.

“We’re asking everyone, not just young drivers, to obey the rules of the road to ensure that we all get home safe.”

Last week an AbbyPD Traffic officer conducted a stop of an “L” driver for speeding. The driver was noted travelling at 141 km/hr in a 70 km zone. The driver did not have a qualified supervisor with him. Further, his DL was expired. Vehicle impounded & $868 in tickets issued. pic.twitter.com/njl6TB2dKe