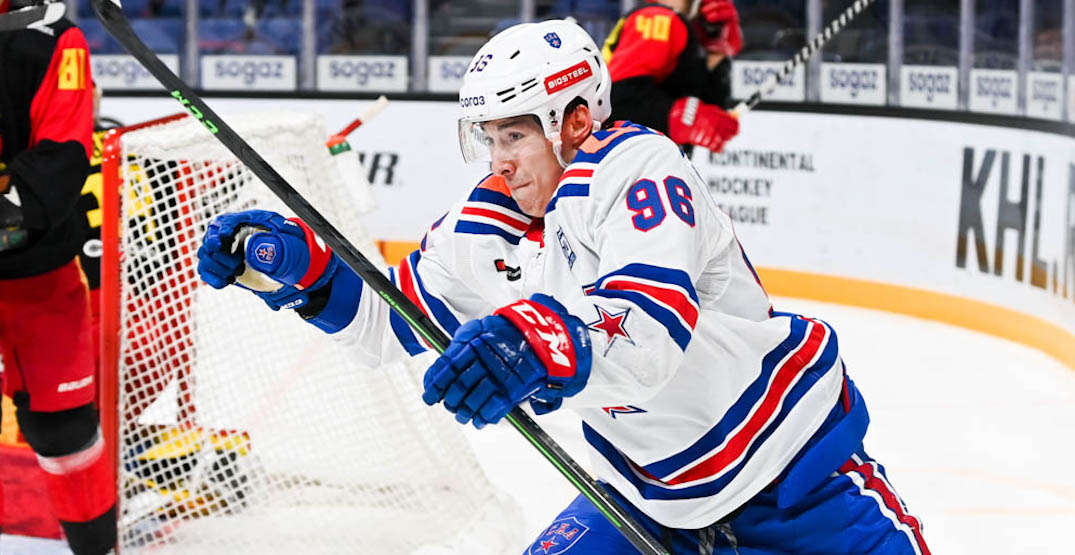 The Vancouver Canucks are another step closer to landing the top prize out of Europe in free agency this year.

Andrei Kuzmenko, who reportedly interviewed with the Canucks last week, apparently liked what he heard from Jim Rutherford and Patrik Allvin. According to a report from Rick Dhaliwal of CHEK TV, the Canucks are now a finalist to land the highly skilled 26-year-old Russian.

Kuzmenko’s agent Dan Milstein told Dhaliwal that a decision is still a few weeks away, but Vancouver is indeed on the shortlist of teams the 5-foot-11, 194-pound left winger is considering.

The Canucks are a finalist to land free agent Andrei Kuzmenko.

They have made the shortlist of teams, decision is still a few weeks away according to agent Dan Milstein.

While untested in the NHL, Kuzmenko is a no-brainer to take a gamble on. Seemingly every NHL team had an interest in Kuzmenko, who is an unrestricted free agent, but only permitted to sign a one-year entry-level contract in the NHL according to Dhaliwal.

After being hired as Canucks GM in January, Allvin spoke about the importance of adding free agents from Europe, given the lack of prospect depth in the organization.

“In order to be successful, you’ve got to be able to find players outside the first round in the NHL Entry Draft,” he said at the time. “You need to compliment the organization with college and European free agents.”

I had some spare time today, so, here are all 27 of Andrei Kuzmenko’s goals in the KHL this year.

(20 in regular season and seven in playoffs)