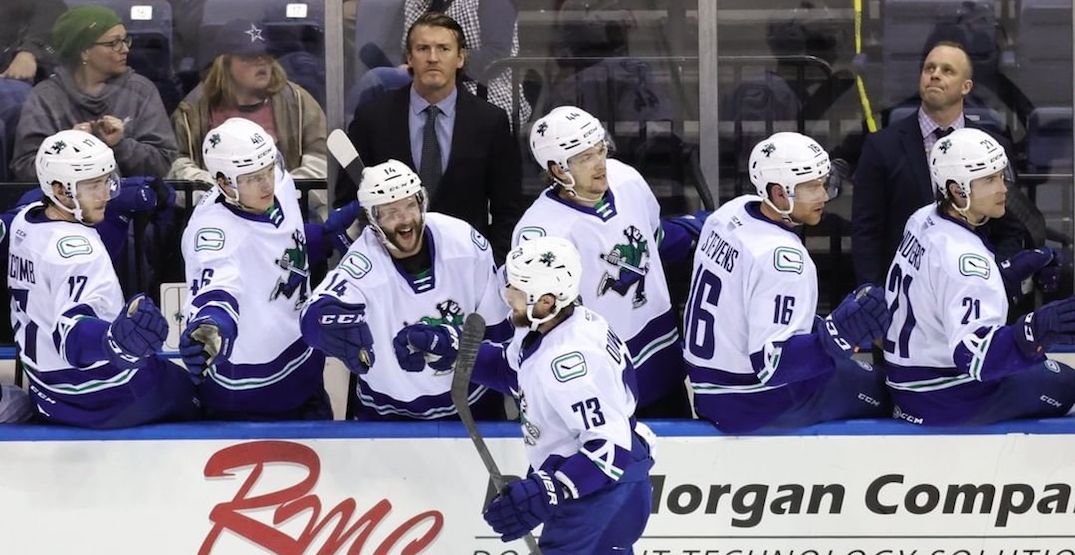 It’s an age-old question: does a coach play a certain system because that’s what he has? Or do the players underperform because of the coach’s system?

We’ve asked it many times. It came up in Canucks history with Alain Vigneault, who bristled when he heard that he “couldn’t coach offence.” Give him the right players and they’d score plenty of goals. Turns out, he was right. The Canucks eventually led the league with AV as head coach.

But those questions are elsewhere, directed at different coaches. Barry Trotz, after a stifling stint on Long Island. Even Bruce Boudreau’s reported lack of structure here in Vancouver. And extending down the valley to the AHL’s Abbotsford Canucks.

The coaching staff there, once maligned for its deployment of prospects like Jonathan Dahlen, Petrus Palmu, and others, now appear to be on solid ground with the parent club.

"Jim Rutherford told me he loves the way Trent Cull gets players ready for the NHL. And I know the biggest supporter of Trent Cull in this organization is Ryan Johnson."

The question of whether the system has let down development, or rather if it’s just the prospects’ quality, is for now going unanswered.

Or maybe more accurately, is in the eye of the beholder. Canucks director of player development Ryan Johnson used Danila Klimovich as an example of great development last week, despite the fact the second-round pick didn’t play in either playoff game. And Johnson went on to give the staff what sounded like a vote of confidence.

The players in Abbotsford were reading from the same hymnbook on Tuesday. With Jack Rathbone going so far as to say “they’re probably one of the best coaching staffs in the league.”

A long ways away from Dahlen and his agent asking out because of a lack of development, and what J.P. Barry called mutual frustration.

Abby head coach Trent Cull may be on the right side of history when all is said and done. The quality of players sent his way hasn’t been sky high. Top Canucks picks have bypassed the AHL to help out a struggling parent club.

But he’s been given some better talent of late in Rathbone, Will Lockwood, Michael DiPietro, and even the teenaged Klimovich. What he does in the next 1-2 years could ultimately shape his final grade with the organization.