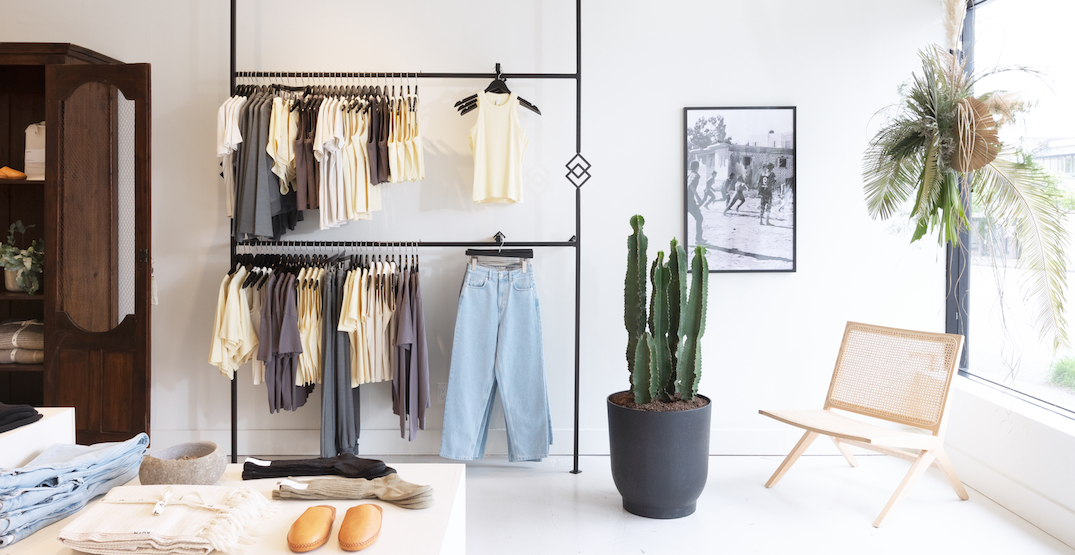 Kotn is already well-known in Toronto and Montreal for its timeless clothing ethically made from sustainable natural fibres.

Vancouverites who might not be as familiar with the Canadian brand can now discover for themselves the luxurious feeling of wearing silky Egyptian cotton, highly breathable linen and other eco-friendly fibres, thanks to the new Kotn store in Mount Pleasant. 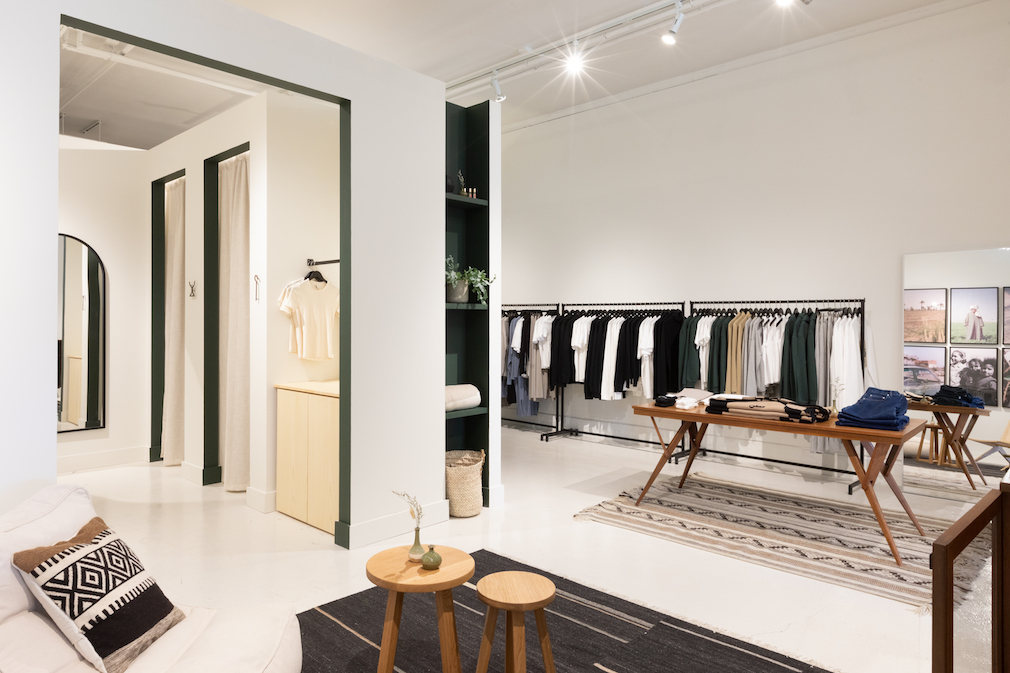 The 1,450-square-foot space at 3743 Main Street quietly opened to the public last weekend, but grand opening celebrations take place May 7 and 8. The Wild Bunch will be on site, handing out complimentary flowers with purchases, and 33 Acres Brewing Company will also be there, pouring tasty libations.

“When we started Kotn, we knew very little about production. On a whim, I ended up living in a cotton farming community in the Nile Delta for nearly six months, learning the ins and outs of the industry from the farm level up,” Helali, CEO of the Toronto company, tells Daily Hive.

“We quickly realized how detrimental clothing production could be for the communities that create the products and the environment around them. So we decided if we were going to build a business in this industry, one that would last, we needed to invest in sustainability at every step — both community sustainability and environmental.” 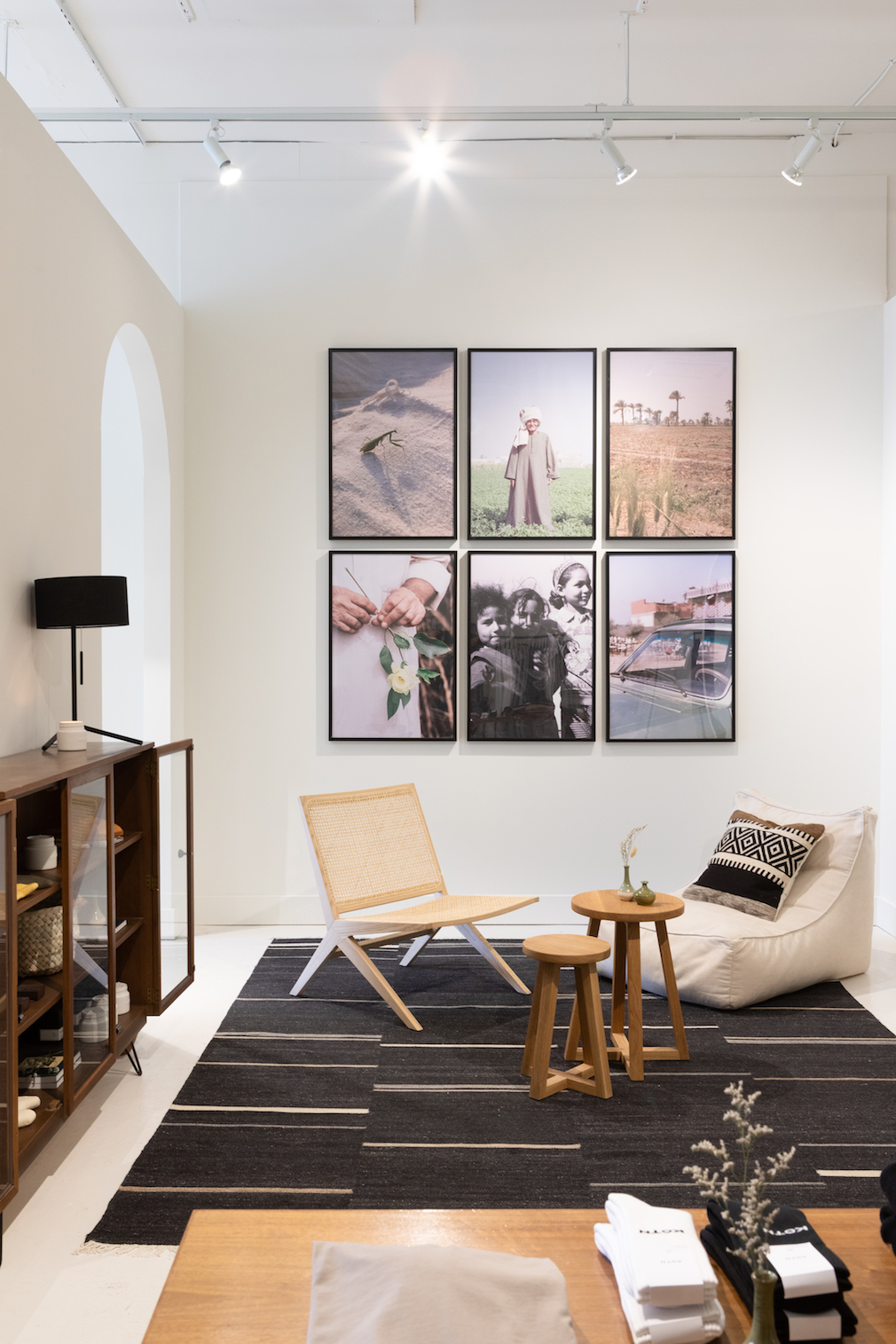 Kotn made the decision to source their raw cotton directly from smallholder family-run farms in Egypt. They ensure fair wages and treatment throughout their supply chain, working directly with yarn mills, dye houses and cut-and-sew facilities in Egypt that are managed responsibly. The brand also donates money to build schools for their farmers’ children. 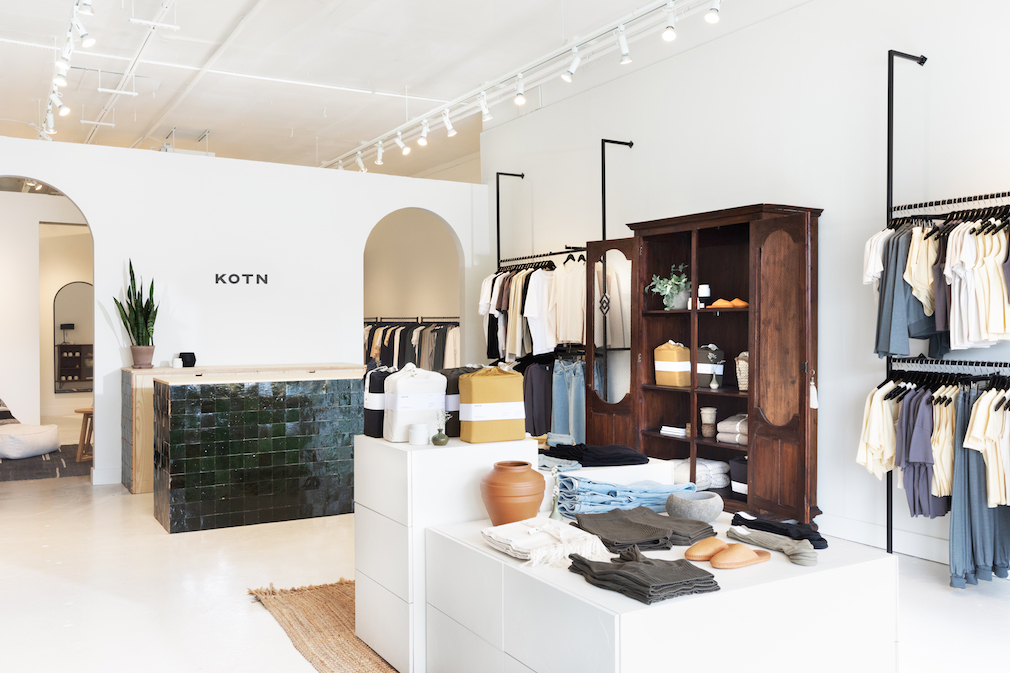 Egyptian cotton is soft and fine but strong, resisting breaking, fraying, pilling and wrinkling. Other fabrics that Kotn uses include linen, which is made from flax and is known for its moisture-wicking properties; ECOTEC cotton, made from production waste from weaving and knitting companies; Lyocell, an ultra-breathable fibre derived from wood pulp in a closed-loop manufacturing system; and Merino wool, a soft and fine natural fibre that helps to regulate body temperature.

Kotn uses these eco-friendly fibres in timeless pieces that are built to last, all at affordable price points. Think unisex tees, tanks, sweats and denim, along with babydoll dresses and pleated trousers for her. Pieces for the home include sheets, blankets and duvet covers. 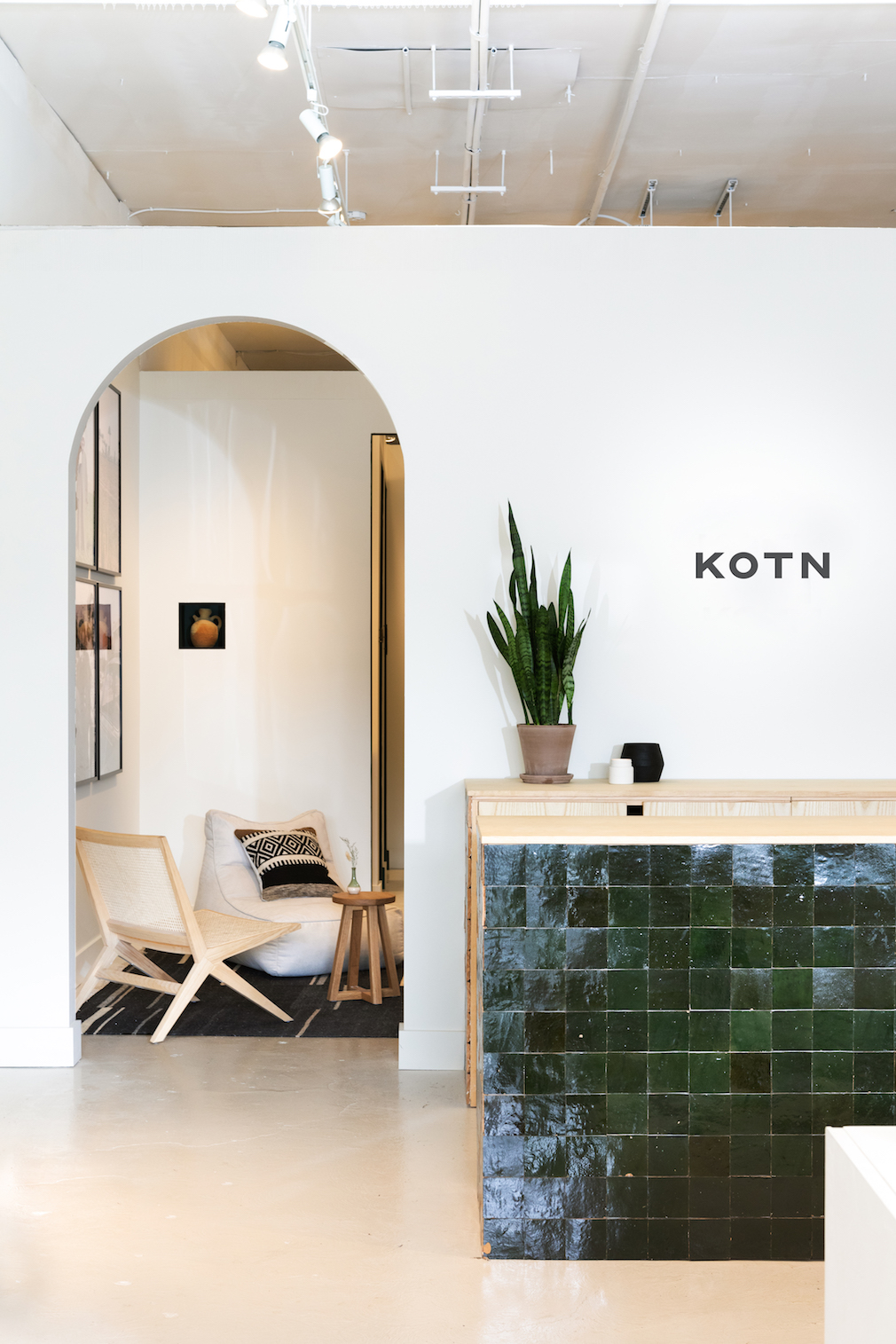 The new store on Main Street also features an assortment of consciously made goods by other Canadian brands, including Rachel Saunders Ceramics and SSSoaps. Products are displayed in quirky cabinets and shelving units, most of which were sourced secondhand. The store itself features design touches that give a nod to the company’s Egyptian origins.

Kotn plans to open between eight and 10 new stores throughout Canada and the United States within the next year.

“At Kotn, we’ve always been focused on building community, and we believe this connection happens in real life, in physical spaces,” Helali says. “Since we opened our first pop-up store in Gastown, we’ve had a really dedicated community in Vancouver, so we’re thrilled to be able to create a permanent space to gather with them in-person.”

He explains why Mount Pleasant was chosen specifically: “We prioritize a neighbourhood approach instead of focusing our efforts on high tourist shopping destinations, as it allows us to meet our customers where they are, every day. Main Street is already a vibrant neighbourhood full of independent businesses that we admire, so it felt like the perfect location and community to set up our West Coast home.”

The brand’s focus on community and the environment certainly fit in well in Vancouver in general, and Main Street in particular.

As further proof of the brand’s commitment to sustainability, Kotn is a B-Corp certified company that boasts the fourth-highest B Impact Score of apparel brands in North America. When asked why environmental concerns are at the forefront of everything Kotn does, Helali answers simply, “There’s no tomorrow for us if there’s no tomorrow for our planet and the people creating our products.”