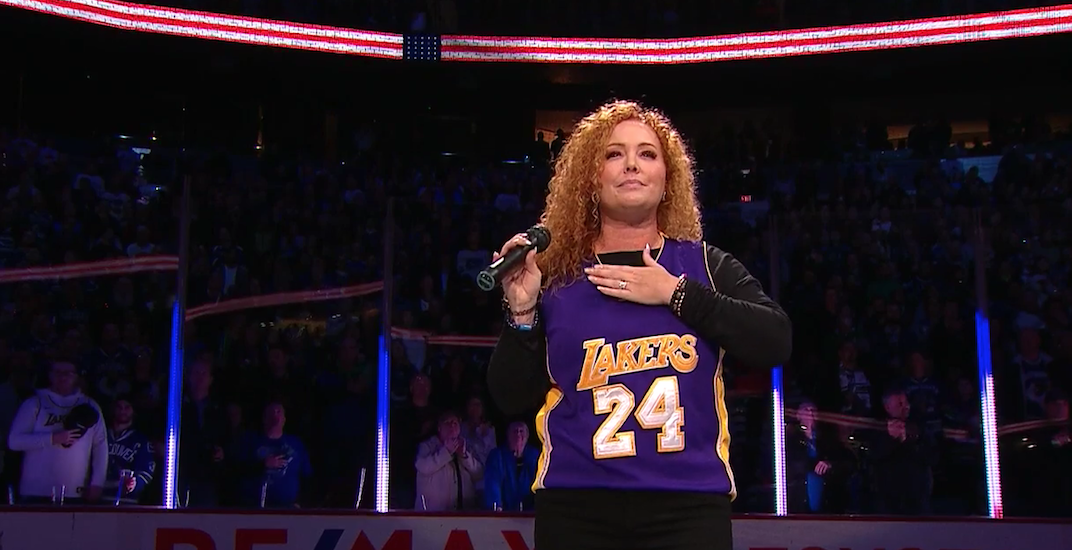 If you needed further proof that Kobe Bryant truly transcended the game of basketball, you got it in Vancouver on Monday night.

Other than playing a few games against the Vancouver Grizzlies early on in his career, Bryant didn’t have much of a connection to this Canadian west coast city. And yet, the Canucks honoured Bryant during a stoppage in play during the first period of their game against the St. Louis Blues, putting his picture on the big screen.

Fans applauded and players tapped their sticks on the ice to salute Kobe, who died tragically in a helicopter accident on Sunday. 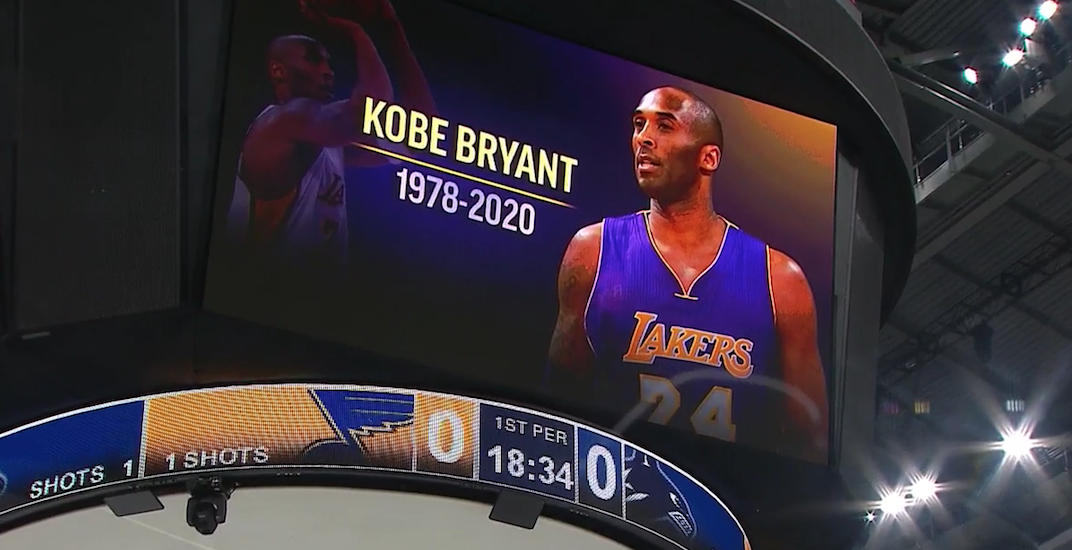 A moment for Kobe Bryant, his daughter and all the lives lost Sunday. 💜💛

#Canucks with a short yet classy tribute to the late Kobe Bryant. pic.twitter.com/HIqiOFvXF6

Repping #Kobe at the #canucks game. I had to show love for the goat! pic.twitter.com/nAWXclyHFm

Kobe gets a standing ovation at the Canucks game! pic.twitter.com/KotHDHKTZ7

Prior to the game, anthem singer Karen Lee Batten stepped onto the ice wearing a #24 Kobe Lakers jersey.

The whole arena at the @StLouisBlues and @Canucks just shouted out “KOBE” ❤️ @kobebryant pic.twitter.com/iGOB3IkvgG 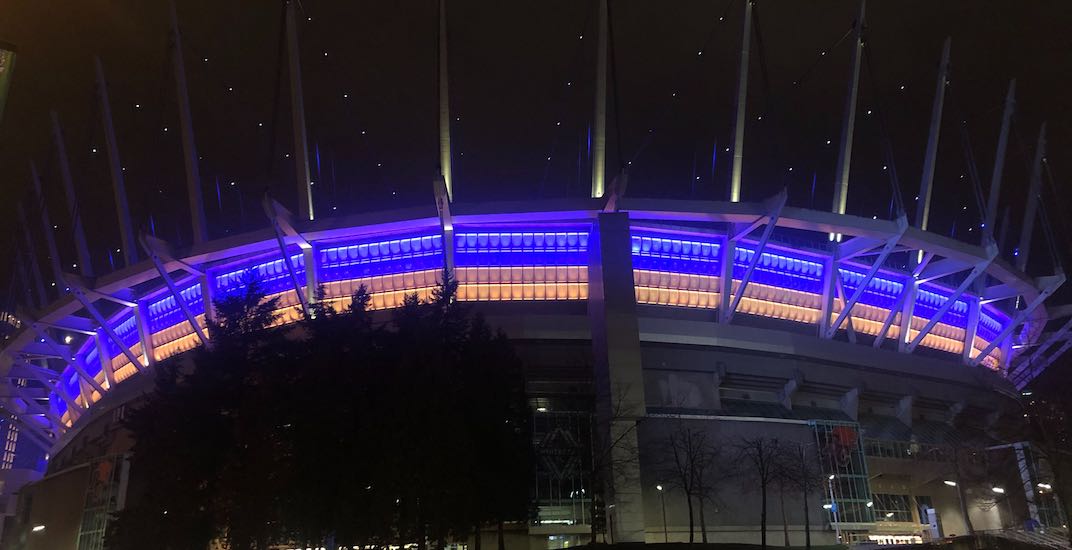 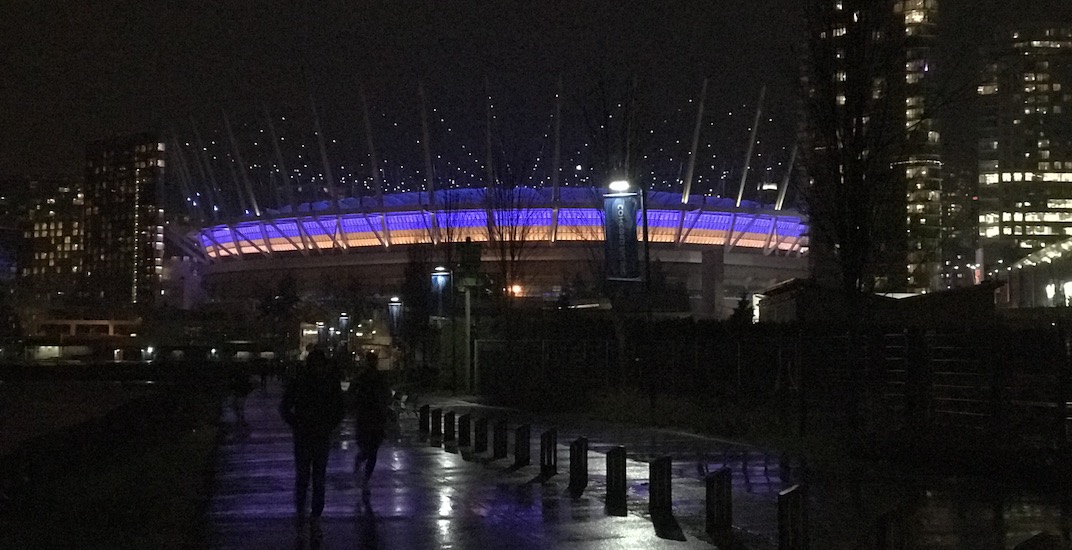 Vancouver isn’t an NBA city anymore, but BC Place and Rogers Arena are lit up in Lakers colours tonight.#Canucks will hold a tribute to Kobe Bryant during the first intermission of Monday night’s game vs. St. Louis, I’m told. pic.twitter.com/kjtGwNvLUp

Outside of @RogersArena lit purple and yellow tonight in tribute to Kobe Bryant, and all the lives lost in Sunday's tragedy. 💜💛 pic.twitter.com/kehYKrbvVY