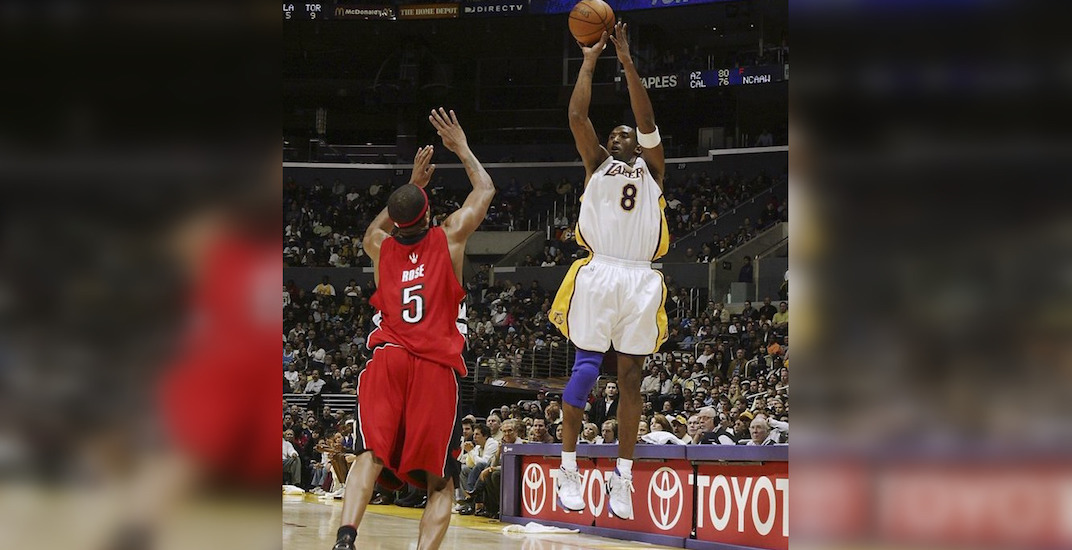 The Toronto Raptors have a not-so-insignificant place in Hall of Fame career of Kobe Bryant.

As we remember the life of the 18-time All-Star, let’s look back at the most dominant game of his career, which came on January 22, 2006, against the Raptors.

Kobe scored 81 points that night, which stands behind only Wilt Chamberlain’s 100-point game in 1962 as the most points ever scored in a single NBA game.

Played at Staples Center in Los Angeles, the Lakers needed Kobe to be great to win the game.

The Raptors, with the likes of Chris Bosh, Jalen Rose, and Morris Peterson leading the way, finished with a 27-55 record that season. But Toronto jumped out to a surprising 63-49 lead at halftime.

“I wanted to keep riding the wave,” Bryant said after the game.

When the final buzzer sounded, Kobe had scored a remarkable 66% of his team’s points in a 122-104 Lakers win. The second leading scorer on LA that night was Smush Parker, who had just 13 points.

Bryant made 28 of 46 shots, including 7 of 13 from the three-point line. He added another 18 points from the free throw line, in 42 minutes of action.

“To put on a show like this for the fans here in LA is truly something special,” Kobe said at the time. “I grew up in front of these people.”

Relive Kobe’s most dominant performance of his career right here: