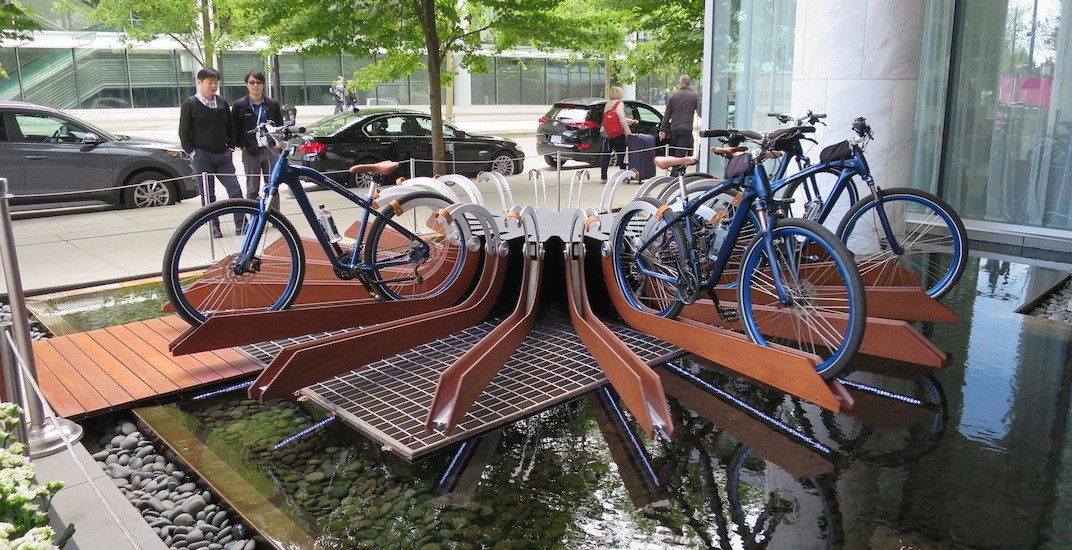 This is something you would expect to see in Copenhagen.

A new bicycle rack installed at the main entrance of the Fairmont Pacific Rim Hotel in downtown Vancouver is no ordinary stationary bicycle rack.

Perched on top of the existing reflecting pool, it is a custom-designed fixture – a continuously spinning carousel, unless someone stops it to retrieve a bicycle to use, of course.

Westbank, the local developer that owns the building, told Daily Hive the Fairmont’s fleet of high-calibre BMW bicycles is one of the hotel’s most popular free amenities for its guests.

But the popularity of the amenity also came with one problem: The previous bicycle racks were often “sitting empty as utilitarian galvanized steel eyesores,” which led to the installation of the new carousel. 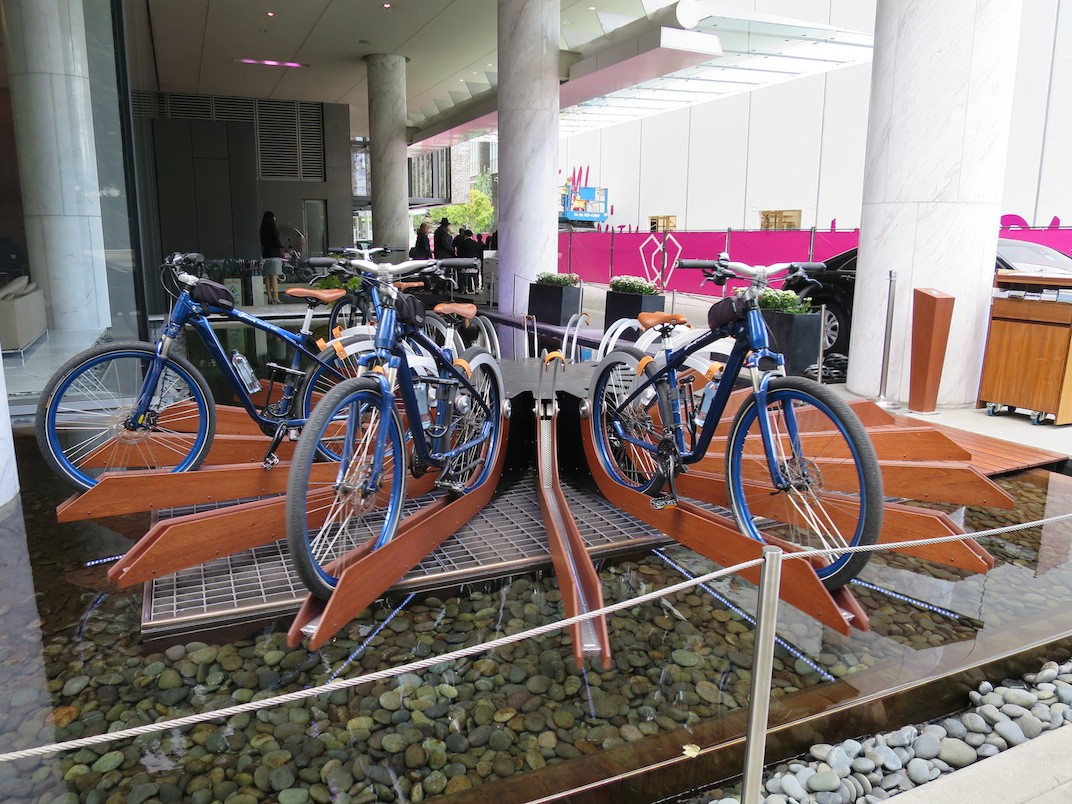 “Westbank, as the owner, looks at every facet of the hotel through an artistic lens and felt we should celebrate the beauty of the bicycle, which demanded a more beautiful showcase, as well as our partnership with BMW,” said the developer in a statement.

With each BMW bicycle fetching for nearly $4,000, security is integrated into the design of the carousel bicycle rack.

Not only does the carousel spin, but each bicycle parking slot on the rack has its own electronic key. When the key is swiped onto the pedestal, the carousel stops revolving at the requested bicycle location. When it stops, the carousel unlocks the wheel, allowing the bicycle concierge to retrieve the bicycle for the guest.

The same process is used for returning the bicycle.

This bicycle rack at the @FairmontPacific is on a carousel that continuously spins! #Vancouver pic.twitter.com/Kr1zr3PM4k